Celtic Quick News on News Now
You are at:Home»Latest News»LENNY’S JOB PROSPECTS: ‘I MIGHT HAVE TO WIN EVERYTHING’
By CQN Magazine on 28th February 2019 Latest News

NEIL LENNON accepts he “might have to win everything” if he is to get the Celtic manager’s job on a permanent basis.

The Irishman celebrated his return as interim gaffer with a dramatic 2-1 triumph over Hearts at Tynecastle last night.

On a night of high tension laced with drama, James Forrest gave the visitors the lead after a textbook breakaway goal, Jamie Brandon was sent off for a wild mid-air lunge at Jeremy Toljan and Scott Bain and Kristoffer Ajer got involved in a terrible mix-up shortly after the turnaround to present their opponents with a penalty-kick which was duly scored by Oliver Bozanic.

With the game teetering on a knife-edge, Odsonne Edouard turned in a sublime pass from skipper Scott Brown to give Lennon a winning return.

The caretaker boss was officially unveiled yesterday morning as Brendan Rodgers’ successor – just hours before leading his side to Edinburgh. 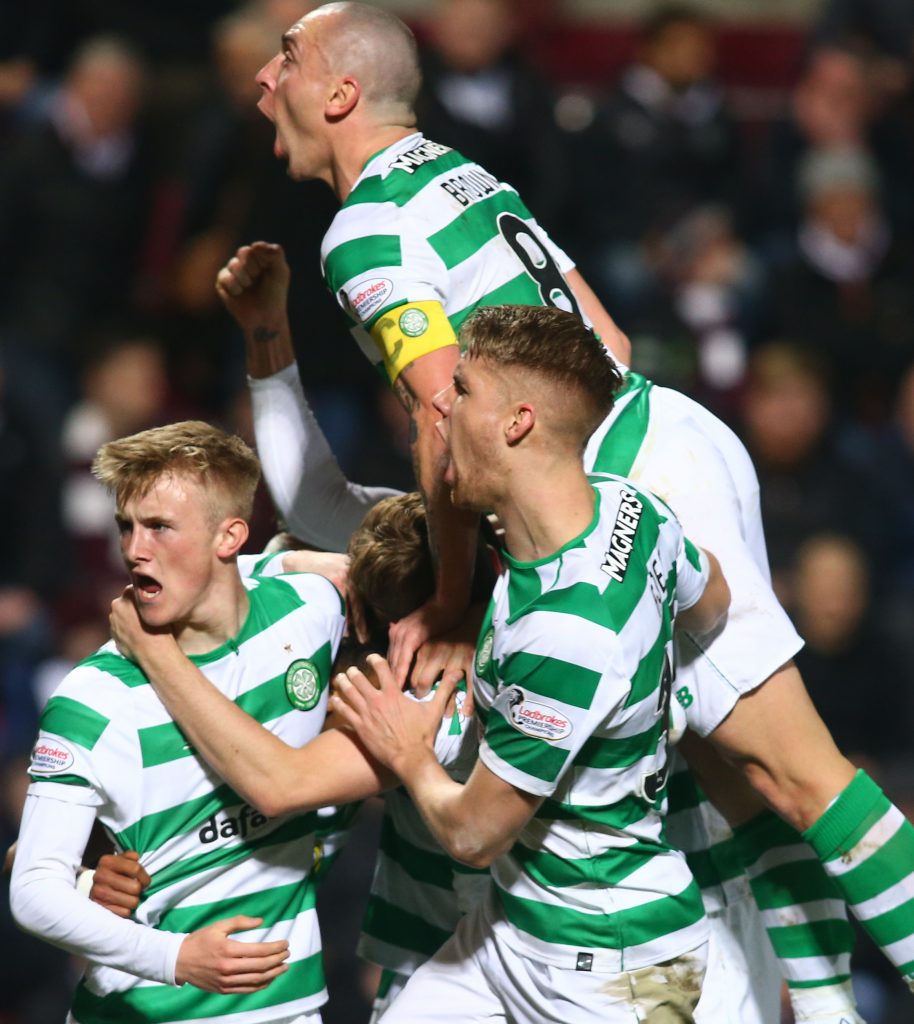 Lennon, 47, is under no illusion what is required for him to win a full-time contract at the club.

He survived a catastrophic Scottish Cup semi-final defeat from Ross County in 2010 to land the job on a permanent basis after taking over from the axed Tony Mowbray, who didn’t even last a year in the post.

But, speaking to the Daily Record, he admitted: “I might have to win everything, because of the bar being so high.

“It’s different circumstances to when I came in the last time after Tony. The club was going through a difficult time as were the players. I was already in the system so I knew everything. 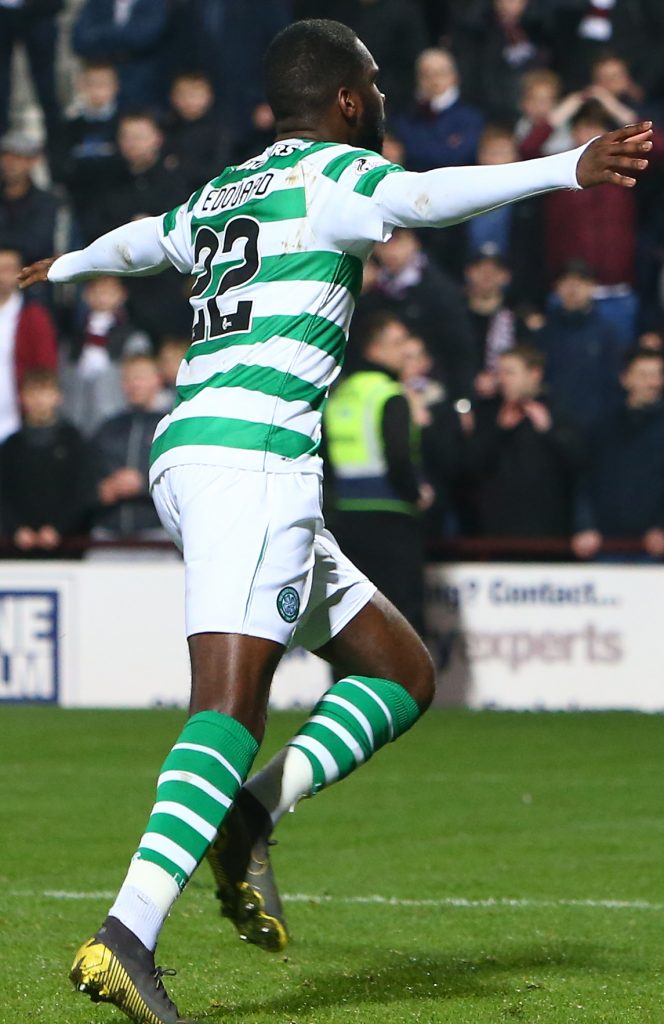 THE WINNER…Odsonne Edouard turns away in delight after his stoppage-time strike.

“But this time I’m coming in totally different circumstances. The team’s going well, the club’s flying and I’m coming in from four-and-a-half years away, so it will take a bit of adjusting to. There’s no question about that.”

Asked if Rodgers deserves greater respect, Lennon replied: “Absolutely. In years to come they’ll be looking back upon this period as one of the finest in the club’s history so, eventually, once the anger and the agitation settles down, I think people will be very appreciative of what Brendan did here. I know I am.

“I know there’s a lot of anger out there, but it’s my job to ease that by making sure we follow on and do the job of trying to get the title and the Cup, as well.

“But that’ll be down to the supporters own individual views on it. From a footballing perspective the job Brendan has done here has been magnificent.

”It would be his title, definitely. I’m just in here to get us over the line.

THE JOY BHOYS…Kieran Tierney leads the celebrations after the Hoops’ dramatic victory.

“I know what the backlash can be like. People say it’s maybe worse than would have been expected and I’m not going to criticise people for having their opinions.

“But it does feel a little bit over the top. The only thing is the timing of it which has surprised a lot of people including myself.

“But there might have been things going on in the background that maybe forced the issue for Brendan. So, he’s gone to a good club, but he’s left a fantastic legacy here.”

Lennon’s next task will be to make sure the holders overcome his former team Hibs in the Scottish Cup quarter-final at Easter Road on Saturday evening.