NEIL LENNON has hinted at unleashing Mikey Johnston in the Betfred League Cup Final at Hampden on Sunday.

The 20-year-old winger made his second appearance in almost three months as a 72nd-minute substitute yesterday – and scored a memorable goal within 60 seconds to cap a 4-1 win over Ross County in Dingwall.

Johnston, who had been out through injury since the 2-0 victory at Ibrox on September 1, performed the same feat in the 3-1 success over Rennes in the Europa League Group E encounter at Parkhead on Thursday. On this occasion, he came on in the 69th minute and netted the third goal seven minutes later.

Lennon has adopted a cautious approach before reintroducing the exciting raider back to the top side, but the Scotland Under-21 international could now get the opportunity from the start against Steven Gerrard’s Ibrox outfit at the national stadium at the weekend as the champions bid for their TENTH successive domestic silverware. 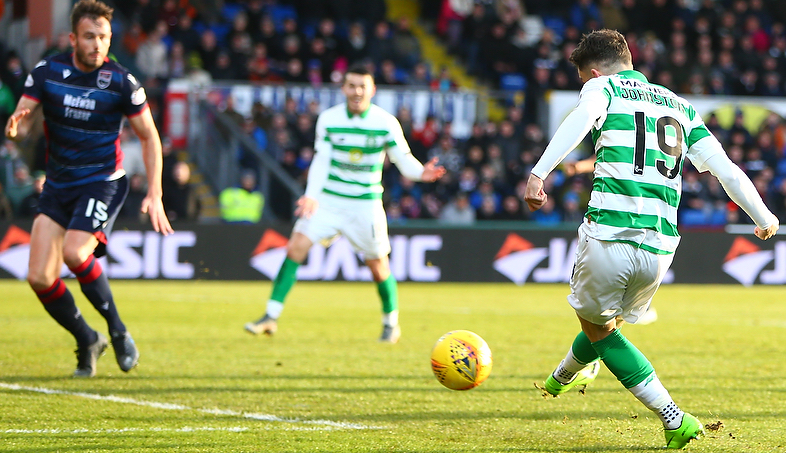 The Hoops boss, speaking to Celtic TV, said: “I wanted to get him on earlier, but Tom Rogic went up and got his goal which I was delighted about, so I left the substitution a bit longer.

“And then Mikey comes on and he is in a good place at the minute, you know it’s softly softly with him in terms of getting him on the pitch.

“That’s two substitute appearances in a row he’s come on and made an outstanding contribution, so we are delighted with him. The quality of his play is very high at the moment, so that augurs well for next week.”

Johnston could also get the nod to face Hamilton Accies in the Premiership at Parkhead on Wednesday night as he continues to work on his match fitness.