NEIL LENNON has targeted Mark Fotheringham as his No.2 after returning to football as manager of Cypriot outfit Omonia Nicosia.

The former Celtic prospect, a one-time team-mate of the Hoops boss, has been in talks with club chiefs over the last 48 hours, according to a report in the Scottish Sun.

It has been 19 years since Lennon and Fotheringham were together at Parkhead, but the odds are on a reunion at last season’s champions who have dropped out of the top six this time around. Ex-Rangers defender Henning Berg paid for the price of failure by being sacked as team gaffer.

The Northern Irishman, who agreed a deal until May 31 2024, has worked closely with Johan Mjallby and Garry Parker as part of his backroom staff on his managerial travels at Celtic, Bolton and Hibs.

Scott Brown, who is on the brink of leaving Aberdeen with more than a year of his contract still to run, has also been linked with the assistant’s job alongside his former Parkhead boss. 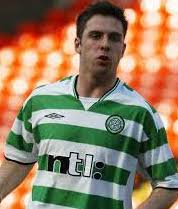 THEN…Mark Fotheringham as a Celtic hopeful. 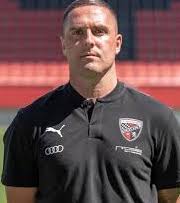 NOW…Mark Fotheringham during his two-year stint at German club Ingalstadt.

However, it is claimed Lennon is attracted by Fotheringham’s knowledge of the top-flight Cypriot football scene following an 18-month playing spell with Anorthosis Famagusta between 2010-11.

The 38-year-old ex-midfielder also possesses a UEFA pro-licence after two years with German second tier outfit Ingalstadt where he played a key role in promotion.

Fotheringham could join Lennon on the touchline in time for Saturday’s league match against Doxa.

As a player, he had spells at both Dundee teams, Freiburg, Aaru, Norwich City, Livingston, Ross County, Notts County and Fulham.

Fotheringham first moved to Germany in 2016, had a brief stint coaching at Cowdenbeath and then returned to work with Oral in 2019.

Lennon, speaking to talkSPORT, explained his surprise return when he said: “I got a phone call from an agent at the weekend saying that Omonia would be interested in taking on my services.

“I did a bit of research on it, spoke to representatives of the club, the president and had a look at some of the recent games. I have to say I was quite impressed by the standard and attitude of the players.

“They are the current champions, but haven’t had a great season this year. They are still in the Cup competition which we obviously want to try and progress in.

“That’s the target now, finish the season well and try and win a trophy.”