Celtic Quick News on News Now
You are at:Home»Latest News»LENNY’S THANKS TO BIG BILLY
By CQN Magazine on 25th April 2019 Latest News

NEIL LENNON believes his Celtic players will be highly motivated to give Billy McNeill the tribute the legendary Celt deserves when they play Kilmarnock at Parkhead on Saturday.

It’s bound to be an emotional day in the east end of Glasgow following the passing of the club great on Monday at the age of 79.

The Hoops can move closer to their eighth successive title if they overcome Killie to go 12 points clear of Steven Gerrard’s Ibrox outfit at the top of the Premiership in the run-in to the season.

The players have shed points in three goalless draws in seven league games, but the interim manager believes they will rise to the occasion in this one.

Lennon, speaking to the Daily Record, said: “We are a club in mourning.

“On behalf of the players and staff, our thoughts go out to Liz and the family.

“Liz was just a rock for Billy over his whole life and the family gave him tremendous comfort, love, and care through his debilitating illness.

“He was the one, he was Celtic. We have lost him and it is a huge loss to the club. 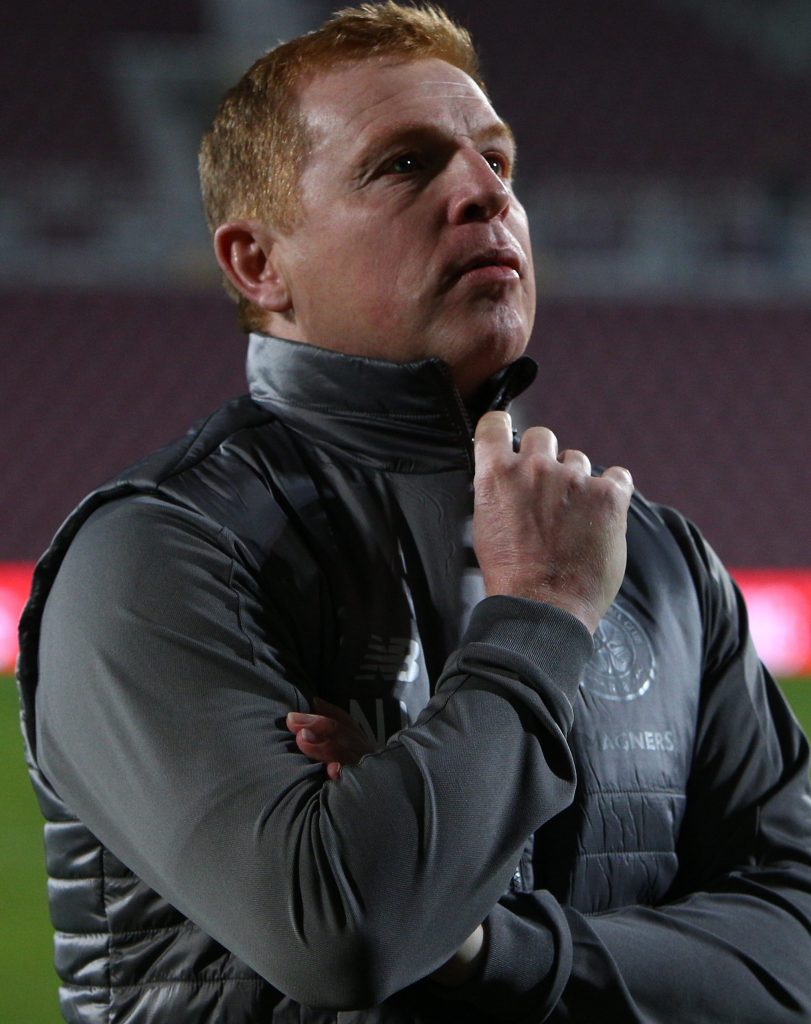 LOOKING HEAVENWARDS…Neil Lennon hopes his team are inspired against Kilmarnock.

“He was a leader of a great team and a leader of great men. I can’t put into words how big a loss he is to this club.

“We want to obviously win the league and with this in the background, it adds more significance to the game.

“The players will be highly motivated on two fronts now to put on a show and I’m sure the support will give Billy the tribute he deserves.

“Saturday will be emotional, but I think the fans will give Billy a huge tribute and the players need to buy into that, feed off it, enjoy it and celebrate Billy’s life and his career.”

Jozo Simunovic currently wears the No.5 shirt at the club, but Lennon feels retiring the jersey would be a fitting tribute to McNeill, who won more than 30 honours with the club as a player and a manager.

He said: “There will only ever be one Billy McNeill for me. It’s not a bad idea at all. Hang it up where people can see it for years on end.”

The Irishman admitted he shed a tear as he watched an emotional Charlie Nicholas hail the man who meant so much to him and to millions of Celtic followers worldwide.

Lennon added: “I saw Charlie Nicholas on tears on TV and I had a cry myself.

“I don’t think Billy realised how much he meant to so many people associated with the club.

“When I first got the job, he was tremendous support to me.

“Not only during the good times, but, more importantly, during tough times.

“He gave me a lot of advice. I couldn’t thank him enough for that.”

McNeill, of course, was the onfield leader of the most swashbuckling Celtic team in history that swept all before them in spectacular style in season 1966/67 when they won everything in which they competed, including the historic European Cup.

The champions haven’t come anywhere near that status in recent months and, in fact, have claimed a mere seven goals in seven league games since Lennon returned in February.

The memory of Billy McNeill, Celtic’s Greatest-Ever Captain, might just inspire the present bunch of players to finish the job in fine style.