CELTIC are on a dual mission as they prepare to take on FC Copenhagen in the first leg of their Europa League last-32 encounter in the Danish capital on Thursday evening.

FIRSTLY, Neil Lennon’s side are determined to achieve a positive result to take back to Parkhead next week as they eye a place in the next stage in the competition.

SECONDLY, the Hoops realise another impressive result – like the 2-1 triumph over Lazio in Rome in November – will boost Scotland’s coefficient, with the nation rising to 14th in the current UEFA national rankings.

By securing a number of wins, both in qualification and in the Europa League, the champions are set to rise nine places, moving from 46th to 37th, in the UEFA five-year club rankings. 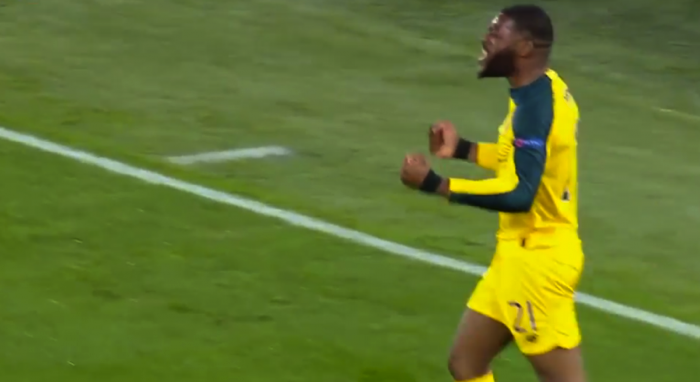 The system is used by Europe’s governing soccer body “to rank individual clubs, for seeding in the UEFA Champions League, UEFA Europa League” as well as the still-to-be-introduced UEFA Europa Conference League.

Club coefficient is based on the results of clubs competing in the five previous seasons of the Champions League and UEFA Europa League. The rankings determine the seeding of each club in relevant UEFA competition draws. the total number of points obtained this season is tallied with the results of the previous four seasons to calculate the coefficient.

Celtic, with victories over Lazio home and away and Rennes and Cluj at Parkhead, have amassed 9.00 coefficient points. 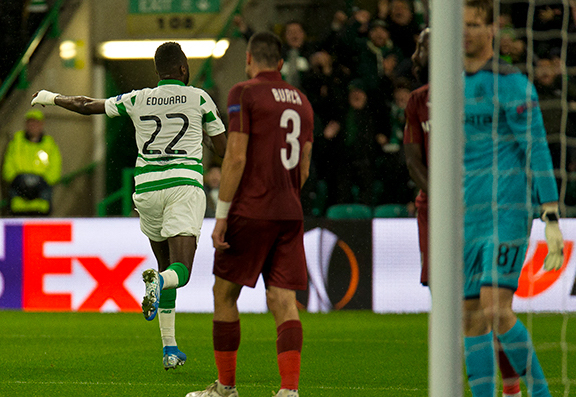 HOME SWEET HOME…Odsonne Edouard turns away after opening the scoring in the 2-0 win over Cluj in October.

Lennon’s outfit are 28th in the overall coefficient table so far this season, matching the likes of Inter Milan, Manchester United and Benfica, according to a report in The Herald.

The eight-in-a-row champions secured a place in the knock-out stages against the Danes with a game to spare after Olivier Ntcham had scored his late and dramatic winner against the Serie A giants in Rome to make certain the team matched the 2-1 scoreline in Glasgow the previous month when Christopher Jullien was the matchwinner with a soaring header in the fading moments.

A repeat of that result against FC Copenhagen in the 5.55pm kick-off on Thursday would make it easier for Celtic and other Scottish clubs to achieve a place at Europe’s top table. 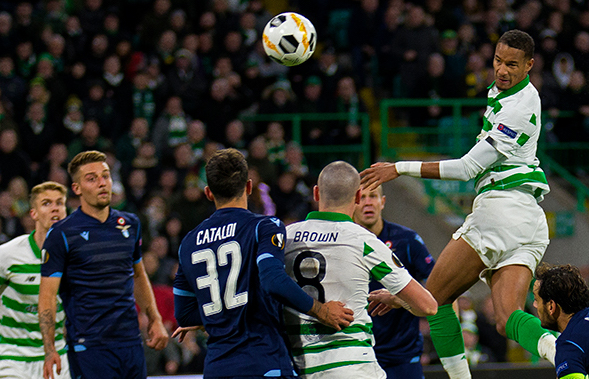 HEADMASTER…Christopher Jullien rises and shines to bullet in the winner againstLazio in Glasgow in October.

Clubs are guaranteed a minimum of three points if they reach the group stage of the Europa League and are awarded an additional point if they get to the quarter-finals, semi-finals or final.

While the points amassed so far this season are clearly a factor for the team’s surge up the UEFA rankings for 2021, the other main ingredient is that points gained for the 2015/16 season will drop off the overall score and be replaced by this season’s tally.

That will see Celtic will lose the 3.00 points they gained in 15/16 and replace them with 9.00 they have annexed so far ahead of the 2020/21 season, with the points gained that season then contributing to their 2022 ranking. 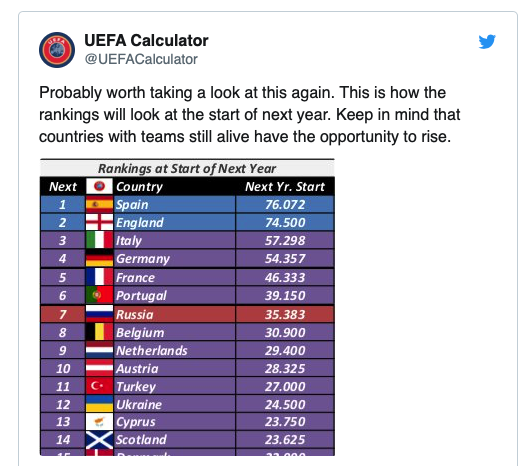 That situation could have an impact on seeding for either the Champions League or the Europa League – if, of course, Celtic are to qualify in the next campaign. And, with a 10-point lead in the race for this term’s title, that looks a reasonable bet.

Every point gained by the Parkhead outfit is also contributing to the national coefficient which could see more Scottish teams in Europe and an easier qualification route in the future.

First up, though, Lennon’s men are looking to do another professional job in Copenhagen on Thursday evening.