The 19-year-old Dutch right-back got the nod ahead of more experienced Austrian international Moritz Bauer for the first leg of the Europa League last-32 encounter in the Danish capital.

Frimpong had missed the previous seven games after being stretchered off following a crunching challenge from midfielder Alan Power in the 3-1 Premiership win over Kilmarnock at Rugby Park last month.

However, Lennon showed remarkable confidence in the former Manchester City prospect as he handed him his 17th first-team start after leaving him out of his original European squad at the start of the season.

“For one so young, I thought he handled the occasion very well.” 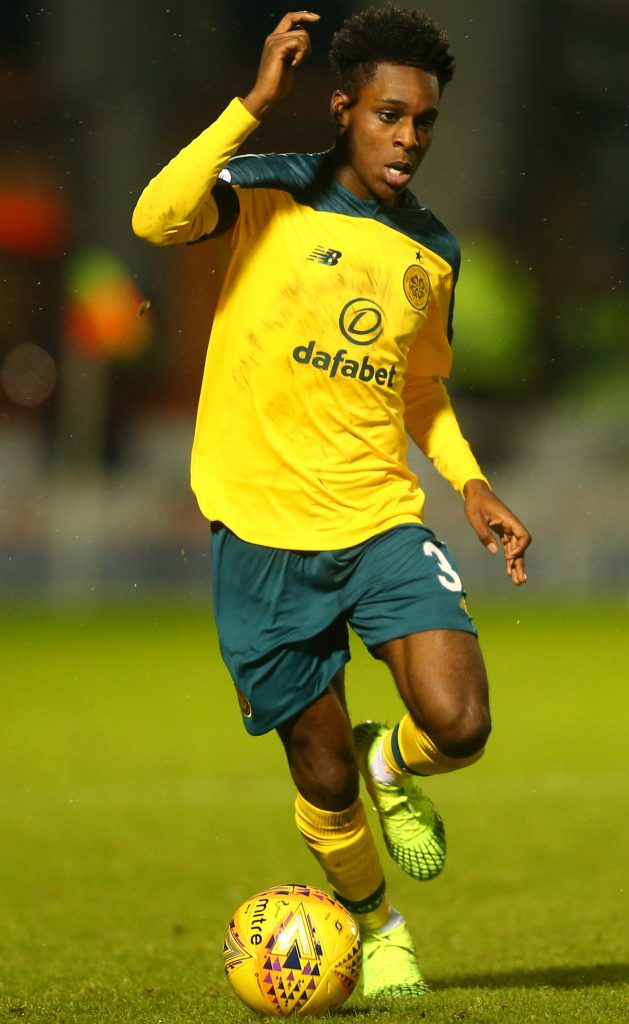 Olivier Ntcham toiled, though, against the Danes and was hooked on the hour mark to make way for Mohamed Elyounoussi.

The matchwinner against Lazio in Rome in November failed to make an impact on this occasion and was sloppy in possession to gift the home side their leveller seven minutes after the interval which was gleefully snapped up by veteran hitman Dame N’Doye.

Lennon admitted the 24-year-old French midfielder is still in his plans for the Premiership match against Kilmarnock in Glasgow at the weekend.

The Irishman added: “He’s played a lot of games and he has been absolutely brilliant.

“He’s fine and he will come into consideration for Sunday.”

Leigh Griffiths and Greg Taylor, who didn’t make the trip to Copenhagen due to injury, will also return for the visit of the Ayrshire outfit, but MIkey Johnston will still be sidelined.