The Hoops great agreed with manager Neil Lennon last week when the manager said match official Willie Collum had made some “baffling” decisions in the 3-3 draw with the Dons at Pittodrie.

Big Yogi will be watching to see if Robertson is quick to reach for a yellow card, especially where Callum McGregor is concerned. The seventh-highest scorer in club history with 189 goals, speaking to Celtic book author Alex Gordon, admitted his worries over the key player having to play a fair percentage of the match while walking on eggshells.

Hughes, in another CQN EXCLUSIVE, said: “I recall the referee who was in charge against Dundee United at Tannadice earlier in the season. He booked Callum McGregor for a nothing challenge early in proceedings.

“It had been his first challenge and it certainly did not warrant a card. It was a tackle, the opponent took to the turf, the ref awarded a free-kick, start and end of. But, disconcertingly, the match official believed it warranted a booking. I’ll never know why. Neither, too, will the Celtic man.

“I am not one to jump on the bandwagon when it comes to criticising referees. They are an easy target, but there are occasions when you cannot help but make your views known.

“McGregor being booked at Tannadice was one of them. As I remember it, the match official, Andrew Dallas, kept his cards in his pocket when there were a few hefty challenges from United players throughout a hard-fought contest. One home player, in particular, got away with three fairly bad ones before he was booked with only a few minutes left to go. Too late to pick up a second yellow and get sent off.

“The Celtic player, so influential to the team, didn’t have that luxury. He had to play well over an hour knowing that any mis-timed tackle could immediately bring a second caution and that was game over. 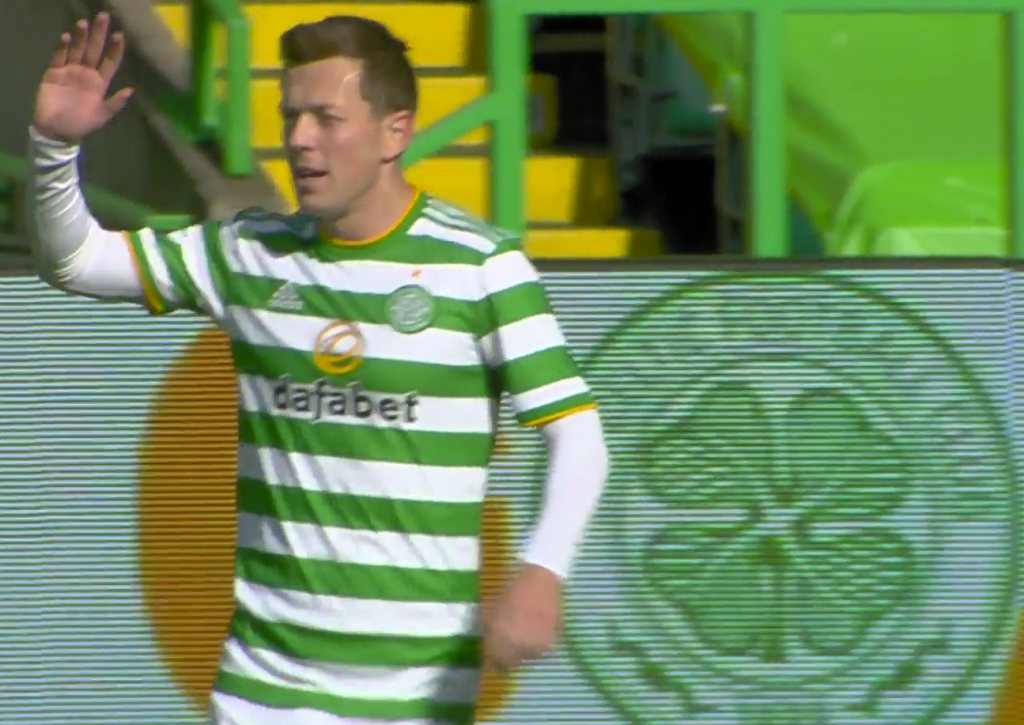 “I thought about the situation while I was watching Celtic at Pittodrie last week. Willie Collum was also remarkably swift to hand out retribution to McGregor and that came into the baffling category, as far as I was concerned.

“He booked the Celt very early on for zilch. He made a challenge on Ryan Hedges who went to ground. Some talking head on TV informed me McGregor had seen the yellow card for ‘raking his studs’ down the Dons player’s Achilles. Really? No, he didn’t. I saw no such offence. It may have been a free-kick, but no more than that.

“Hedges was back on his feet seconds later as the Dons prepared to take the award in a dangerous position. Trust me, if someone has just raked your Achilles with their studs, you do not bounce back to your feet pronto. That’s a physical impossibility.

“Only nine minutes were on the clock at the time of the incident and that left McGregor having to watch every challenge for the rest of the day or else Collum would have been reaching for a red.

“That was just one decision I found perturbing. I had to shake my head when I also heard one of the so-called experts saying McGregor was fortunate not to be sent off after his tackle that led to the second penalty-kick at the Dons’ third goal. Why? Not every penalty-kick is immediately punishable with a red card. Or even yellow, for that matter.

“McGregor’s momentum took him into the Dons player. Was I the only one to see that? There was absolutely nothing malicious in the tackle. I thought it was a penalty-kick, but there was no need for further punishment.

“So, I will watch with the greatest interest this afternoon. I can only hope players such as Callum McGregor, Ryan Christie and Tom Rogic are allowed to play without unnecessary and irritating interruptions from the referee. Their role is to keep the game flowing, not to hold up play for every imagined foul.

“It’s true what they say – the best referees are the ones you don’t even notice during the game.

“Let’s hope we’re not talking about the whistler after this one and guys such as Callum McGregor are allowed to strut their stuff on a ground which will be hosting its second game in 24 hours after Hearts 2-1 win over Hibs yesterday.

“They will not be ideal playing conditions. The referee would do well to remember that.”