Celtic Quick News on News Now
You are at:Home»Latest News»‘LET ME BE TON-UP BHOY, BOSS,’ PLEADS GRIFF
By CQN Magazine on 17th May 2018 Latest News

LEIGH GRIFFITHS has pleaded with Brendan Rodgers to give him the chance to celebrate becoming a Ton-Up Bhoy is style at Hampden on Satuirday.

The Celtic striker is still sitting on 98 goals and he has urged the Hoops gaffer to allow him to open fire on Motherwell in the Scottish Cup Final.

Griffiths has yet to score for the Parkhead men in a Cup Final and actually hit the post in the 2-0 victory over the Park Park outfit in the League Cup Final earlier in the season.

He said: “I’m two away and it seems to be getting increasingly and increasingly more difficult, but if I get the chance to put the ball in the back of the net I will.

“The boys are willing me to get it done and, hopefully, if there are any set-pieces, penalties I’m sure they’ll duly oblige and let me hit them.

“If I could write it how I want to get my 100 goals then it would be to get them in the Cup Final.

“I’ve never scored in a Cup Final for Celtic yet, so that would break my duck.

Griffiths added: “I don’t think many people take notice of the goalscorers in Finals as long as we get the job done, obviously Tom Rogic’s was a little bit different because it was so late in the game.

“But I’ll need to wait and see. A lot of things can happen, we need to turn up on the day and make sure we play to our best.

“Motherwell will come and make it difficult for us, we’ve seen that in the past. They are a difficult opponent, but if we bring our A game then we are almost there.

“They will come and have a go. That is what they are all about.

“They have had an up-and-down season, but they have got to two major cup finals and they’ll be looking to make a mark, they want to get their hands on the trophy as well.

“But when we have everyone on form then we are very difficult to contain.

“There is pressure on us to win every week. We’ve got 60,000 fans at home pressing us to win and if we don’t win then we hear them.

“The manager says just take it game by game, let him deal with the off-the-field stuff,  lets us just concentrate on our football and make sure you get the win.

“If you play to your best and you get beaten, then fair enough, it’s not our day, but we’ve got a full week to prepare for the big game.” 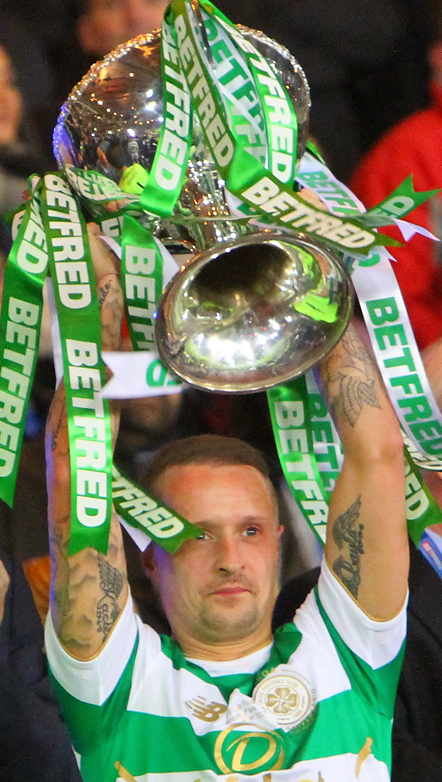