But the Hoops legend also warned it could be a hectic evening in the Amsterdam Arena as the Europa League gets underway. 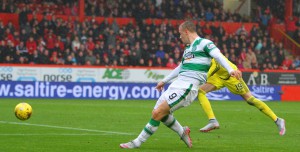 McGrain believes nine-goal Griffiths can be a hero against an Ajax side he rates better than Malmo or Aberdeen who have just each beaten Ronny Deila’s team.
He said: “Ajax are top of the table and the Dutch League is better than the Swedish one – it’s better than ours. They’re also undefeated, so it’s going to be a hard game.
“But I would like to say Leigh will be the man. If he gets chances I’m sure he’ll put them away.”

McGrain knows what it takes to defy the odds in the Dutch capital, having been part of the Celtic team that beat Ajax 2-1 to knock them out of the European Cup 4-3 on aggregate in 1982. 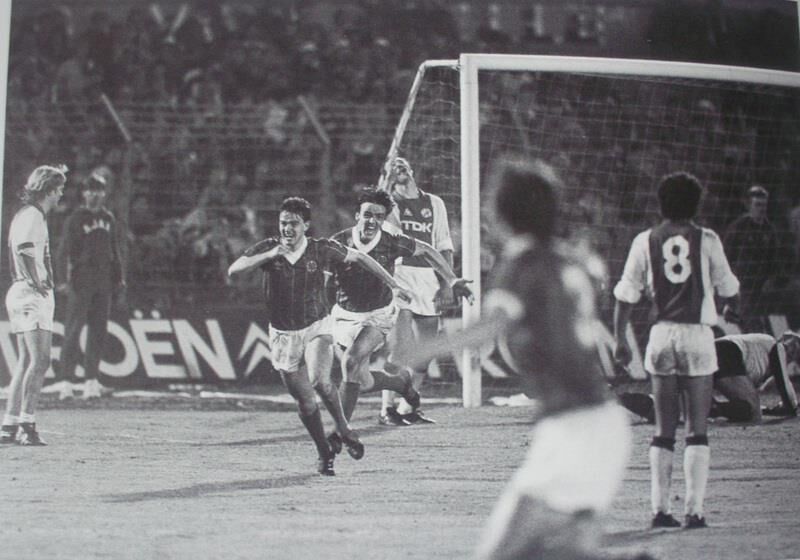 He recalled: “That was memorable because Johan Cruyff was playing and he was one of the footballers I admired the most.

“It was a pleasure to come up against him. To beat them over there was a great result. Cruyff had promised me his shirt at the end, but I didn’t get it!”

Cruyff wasn’t the only opponent McGrain will never forget.

He said: “Billy McNeill was confident we could beat Ajax away, but I was dreading coming up against Jesper Olsen again.

“He gave me a roasting in the first leg which ended 2-2. We had scouts who would watch our European opponents, but nobody told me about Olsen.

“He and Soren Lerby gave me the biggest chasing I ever had.”

A memorable European victory was cemented with brilliant goals from Charlie Nicholas and George McCluskey, who was the lucky recipient of Cruyff’s shirt.
Click Here for Comments >
Share. Twitter Facebook Google+ Pinterest LinkedIn Tumblr Email
Previous Article‘TIME TO BE POSITIVE,’ GRIFFITHS
Next Article ‘ABERDEEN? WHAT’S ALL THE FUSS ABOUT?’ KENNEDY