Celtic Quick News on News Now
You are at:Home»Football Matters»‘LET’S STICK TOGETHER,’ DEILA
By CQN Magazine on 16th September 2015 Football Matters
RONNY DEILA has pleaded with the Celtic fans to help restore his players’ dented confidence and pull his team out of “a bad period”.

The Norwegian is under pressure after recent defeats against Malmo in the Champions League qualifiers and Aberdeen. The Dons, who beat Hamilton last night with an Adam Rooney penalty-kick, are now five points ahead at the top of the table.

Deila was summoned to a meeting with Parkhead chief executive Peter Lawwell at Lennoxtown on Sunday and, in a frank interview on Celtic TVl, he admitted he is feeling the heat.

However, the Hoops boss insists he and his players can turn it around – with the backing of the supporters. 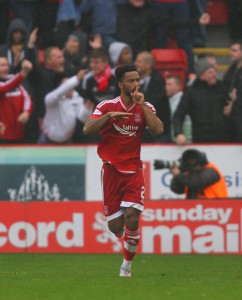 He said: “We have been in a bad period and have lost a lot of confidence. We need to get back on track again.

“We have to stay together and that is also the supporters.

“I know it is frustrating and a lot of people are very angry or sad about what is happening. That is the same as we are – but we have to go on.

“We really, really need the support of Celtic because that makes the players much better. To stay together now is so important.”

The defence, without a settled back-four, are shipping sloppy goals -12 in their last seven matches – and the team are short on options in attack with new signing Nadir Ciftci having failed to find the net on either side of his ban with Leigh Griffiths their only proven goalscorer with nine so far.

However, Deila, preparing for tomorrow night’s game against Ajax, insisted: “We know what we are doing. We know what is going wrong and what we have to improve.

“We have conceded too many goals lately, but that’s not just the defence — it’s the whole team. 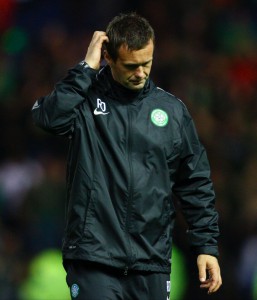 “We play together and we have to defend together. We also have to sort out the set-plays to get that better.

“Celtic have had bad periods before and we will come again. Now we want to come out of it as quickly as possible.

“We have to turn this around. Every team loses games and every team has bad periods. It’s how you get out of them that’s most important.

“I’m working really hard, together with the players, to get back on track again.

“How’s the morale and mood? It has been a few tough weeks, but you can’t go around feeling sorry for yourself.

“You have to move on and look at the next game. Only three weeks ago we were playing fantastic football and winning a lot of games.

“It’s not about the quality, it’s about rhythm and winning games again.”