Celtic Quick News on News Now
You are at:Home»Latest News»‘LET’S TALK, CELTIC,’ MALKY MACKAY
By CQN Magazine on 23rd April 2016 Latest News
MALKY MACKAY has revealed he wants to talk to Celtic about replacing departing Ronny Deila as manager.
The former Hoops defender, 44, who was axed by Wigan a year ago, has put himself forward for the job at the champions-elect. 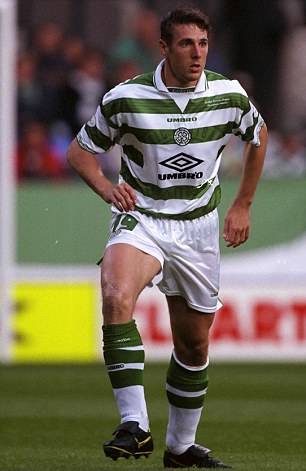 Mackay admitted: “If Celtic wanted to talk to me, I would certainly be keen to do that.

“I think the next five-year period at Celtic is a crucial one. A record 10 titles in a row is achievable and a strong focus should be there.

“But for that to happen, I believe there is a detailed and strategic plan needed going forward. I think I could help with that and bring a fresh approach.

“I’ve got an understanding of the club and an ability for that to happen.”

Mackay began his managerial career at Watford, keeping them in the Championship in 2010-11 before joining Cardiff, who were promoted to the Premier League in 2012-13.

But he was sacked in December 2013 after a public fall-out with owner Vincent Tan and became the subject of an FA investigation over accusations of racist, sexist and homophobic text messages after what looked like a sting operation conducted by the Cardiff owner.

The English bosses did not charge Mackay, who admitted the content of the messages was “disrespectful of other cultures”. He missed out on the Crystal Palace manager’s job in the same period.

Mackay took over at Wigan in 2014, but, during his 138-day tenure, the Championship outfit won only 19 points from a possible 72, triumphing in just five games out of 24.