Celtic Quick News on News Now
You are at:Home»Lions & Legends»LISBON, FOUR HOURS BEFORE KICK-OFF
By CQN Magazine on 3rd February 2017 Lions & Legends
FOUR hours or so before the grand occasion, a group of Celtic supporters were sitting in the bar of a hotel psyching themselves up for the most massive game in their club’s history. They hardly noticed the quiet, middle-aged couple who sat beside them at a nearby table. The fans were involved in an earnest debate about who would be the team’s top man, who was the day’s main player who would be the key to piloting Celtic’s name into football’s Hall of Fame.
“It’s got to be Wee Jinky,” said one. “Who have Inter Milan got who can match him? Facchetti? He’ll be like Bambi on ice, Jinky will torture him.”
“Naw,” said another. “Boaby’s the man. The Italians will pack their defence and midfield and just leave Mazzola up front. But Boaby will do the business in the middle of the park. Looking at the setting, this is Boaby’s conditions. Perfect for his range of passing. He’ll be the prize guy.”

“Aye,” added another, “but those conditions will be just as ideal for Wee Bertie. And we all know how crafty and astute he can be, don’t we? I doubt if the Italians will ever have come up against anything like him in all their European games.”
“Don’t forget we’ll need Faither to be on his toes in goal,” chipped in another. “We can play, dominate, even, but what use is that if your keeper is throwing them over his shoulder at the other end? Don’t forget the saves he made against Dukla to get us here. He gets my vote.”
The discussion went on for about half-an-hour until one of the supporters decided to bring the couple at the table next to them into the conversation. “What’re your names?” he asked. “Alfie and Margaret,” came the response.
“Okay, Alfie and Margaret, do you agree with any of our votes? Big Caesar’s my choice. He always rises to the occasion, doesn’t he? Quite leterally at times, too. Remember that winner against Vojvodina at Parkhead? What a goal. Only Caesar can score goals like that. Head meets ball. Bang! In the net and Celtic are in the semi-finals. Lisbon’s only three hours away.”
Alfie, a strict teetotaller, considered for a moment, sipped his glass of ice-cold water, and said: “There’s little doubt Caesar is a leader of men and great at both ends of the pitch, but, sorry, he wouldn’t be my choice. Don’t get me wrong, though, he will play an enormous part in our success.” 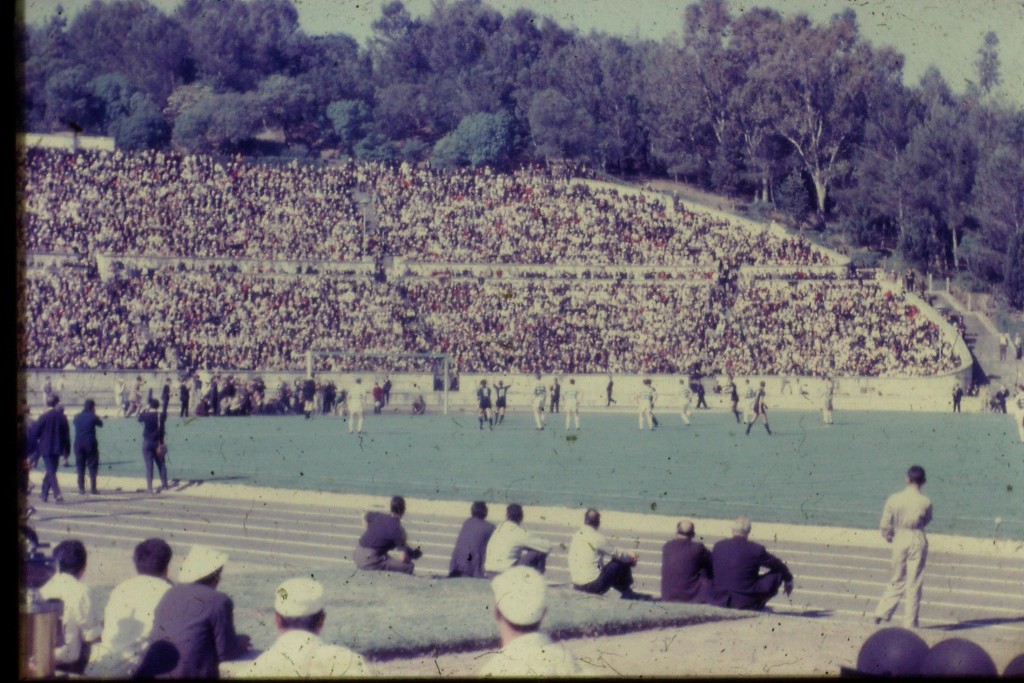 “Really?” responded his inquistor, an eyebrow arching. “Jinky, then? You’ve got to be a Jinky fan.”
“Oh, aye, the Wee Man’s one of my favourites,” Alfie replied. “In fact, one of the best Scottish footballers I have ever seen, but, no, he wouldn’t be my pick, either.”
“Lennox? The Buzzbomb?” asked the fan, determined to discover Alfie’s main man for the game ahead. “What a player, eh? Inter won’t have come up against anyone of his pace in their league.”
“There’s little doubt he has his qualities and, yes, he will have a huge part to play in proceedings. But I still think there is another guy who will have a major say.” 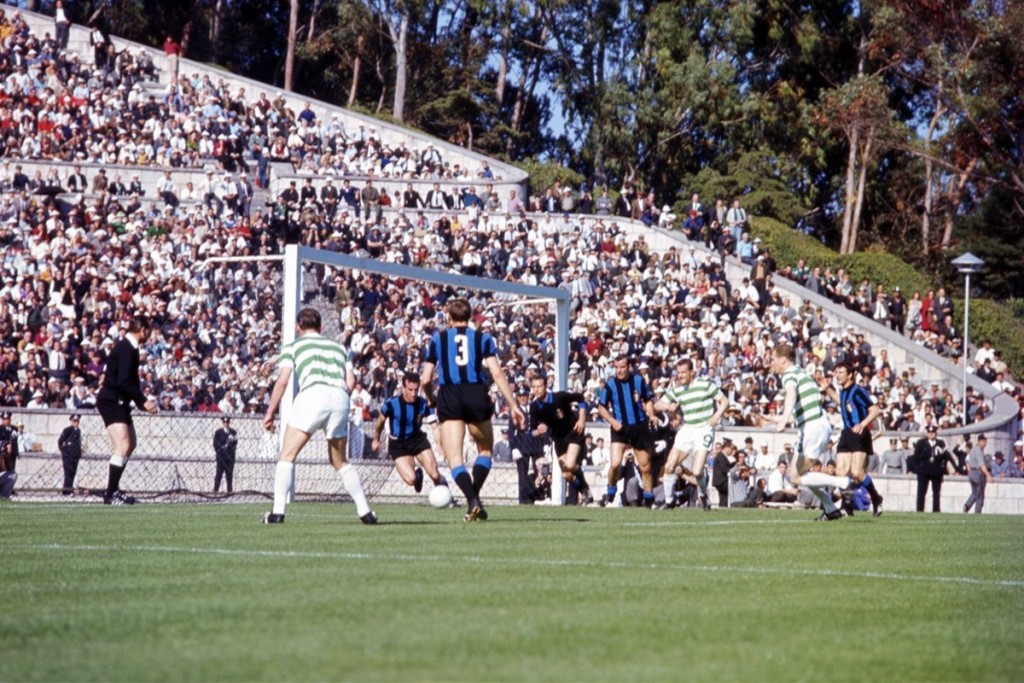 “Wait,” said the fan. “Don’t tell me, let me guess.” He paused for a moment. “I see you’re drinking water, so obviously you don’t let bevvy interfere with your thought process. is that right?”
“I have a sweet stout at the bells on Hogmanay,” replied Alfie, “and I don’t touch another drop for twelve months.”
“Right, so you’re an observer and no’ a drunk like us lot,” he swept his arm around the table and smiled. “Wispy? I bet you Willie Wallace is your type of player. Thoughtful, can perform just about everywhere in the team; even did a marking job on that Masopust bloke in Prague. Made sure his contribution to the game was zilch. Wispy, then? Am I right?”
“Wrong,” smiled Alfie. “I have to admit, though, he is one of my favourites, too. I’ll tell you this, I was delighted when Big Jock bought him from Hearts in December. He was a right nuisance against us. Aye, I would much rather have him with us than against us. But, no, he’s not my main threat on this occasion.”
“Okay,” said the good-natured interrogator, getting a trifle frustrated in his attempts to unlock the thought process of his fellow-fan. “It looks as though we’re going to have to go right through the whole team.” He paused for a moment, snapped his fingers and grinned. “I know the answer, Alfie. I think you believe the most important guy at the game today isn’t a player. It’s Big Jock, isn’t it?” 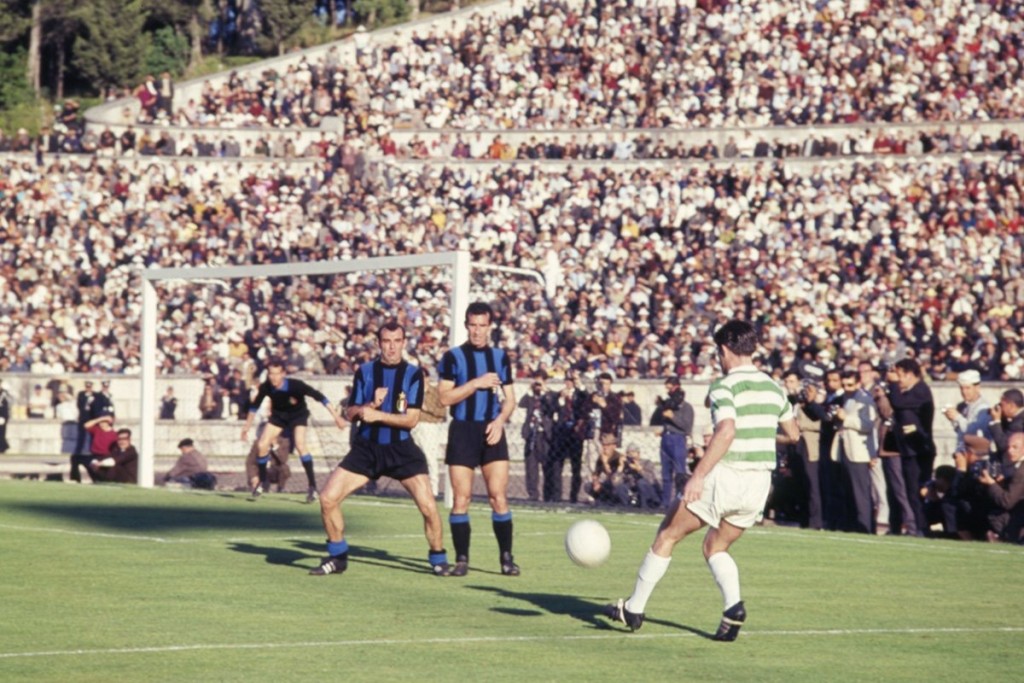 Alfie took another swig of his water. “Sorry, my friend, wrong again,” he smiled.
“Not Big Jock?” The incredulity in the persistent cross-examiner’s tone was getting higher. “Sean Fallon, then?”
“No, it’s a player, I promise you,” answered Alfie.
“Aye, you look the studious type, right enough. Cairney! It’s got to be Jim Craig. Right?”
“I don’t think he gets the credit or praise he undoubtedly deserves,” said Alfie, turning to his right to wink knowingly at wife Margaret. “That lad is an athlete. He can run all day and gets up and down that wing without complaint. Dovetails brilliantly with Wee Jinky. Maybe doesn’t score as many goals as you might want, but sets up plenty. He’s a real unsung hero in my book. “
“So, it’s Cairney,” beamed the questioner. “I thought you looked the sober, intellectual type. I should have guessed you would go for a dentist.”
“No, it’s not Cairney,” replied Alfie, another nod and a wink to Margaret. “Good player though he undoubtedly is.”
“Hands up,” said the quizzmaster. “I’ve got a game to go to. I’ve got to be home by Saturday. Go on, then, put us all out of misery. Who gets your vote? Who is going to be Celtic’s matchwinner today?”
Alfie grinned from ear to ear. “I’ve no doubt who you will be toasting this guy tonight.”
“Go on,” he was urged. “We’ve got to know.”
“Why it’s Big Tommy Gemmell, of course,” grinned Alfie, eyes twinkling. “That’s the player who will win it for Celtic. Who scored Celtic’s first-ever goal in the European Cup? Tommy Gemmell against Zurich. Who was the first player to score three goals in the competition? Tommy Gemmell when he got another two in the second leg in Switzerland. Technically, not a hat-trick, of course, but still a notable achievement for a left-back. Remember, too, only one of those efforts was from a penalty-kick. Who set up the vital equalising goal in the quarter-final against Vojvodina while they were leading 1-0 with only half-an-hour so to go? It was Tommy Gemmell who slung over the cross from the left that saw Stevie Chalmers get the equaliser and that paved the way for Caesar’s winner.”
He paused and beamed again. 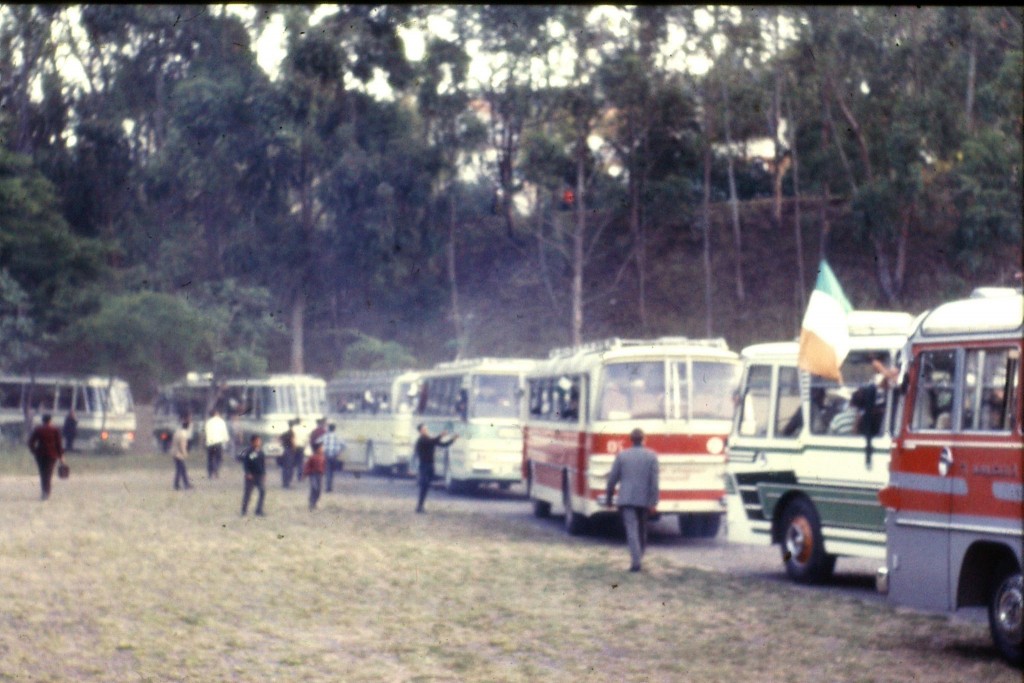 “You seem to know an awful lot about our big defender, don’t you? Anything else you would like to add?”
“Well, have you forgotten who sent the ball out of defence to land at Wispy’s feet for him to lob the Dukla Prague goalkeeper for our second goal at Parkhead? Tommy Gemmell, of course.”
“I’m greatly impressed, sir,” said the inquistor. “When you put it like that, it’s easy to see why you would go for Big Tam. Aye, good luck with that. We’ll all keep an eye on his performance today.”
Alfie drained the last of his water and prepared to leave the bar. His wife finished her lemonade and she, too, rose to her feet. “There’s a nice little taverna up the road,” said Alfie. “Better get the wife a bite to eat before we head for the stadium. Great talking to you, lads, and I hope you are all celebrating tonight. Mark my words, Tommy Gemmell can swing this game for us.”
The supporters toasted the couple as they headed for the door. “Certainly knows his Tommy Gemmell,” said one admirer.
As Alfie and Margaret made their way across to the eaterie, the wife looked admiringly at her husband and laughed: “Do you think we should have told them we’re Tommy’s mum and dad?”
*From Seville – The Celtic Movement published by CQN Books. If you order That Season in Paradise – Ten Months of Celtic Heaven you will receive a FREE copy of the Seville book. Just order THAT SEASON IN PARADISE at www.cqnbookstore.com or click on the ad below.