BERTIE AULD has urged Scott Brown is dismiss transfer speculation and concentrate on leading Celtic to 10 in a row.

The Lisbon Lion insists the Hoops skipper still has a massive role to play for the champions in their history-making pursuit of a remarkable third successive domestic silverware clean sweep.

Brown, who is out of contract in June next year just days before his 34th birthday, has become a target for American and Australian clubs.

But Auld has told the former Scotland international midfielder, capped 55 times, to focus completely on adding to his 16 honours with the Parkhead outfit.

The Hoops icon, now 80, said: “I would have Scott Brown as my first pick every time I was putting my line-up together, absolutely no argument.

“Yes, the team have played well in his enforced absence in recent games and Callum McGregor has been outstanding in a more withdrawn role in the middle of the park. 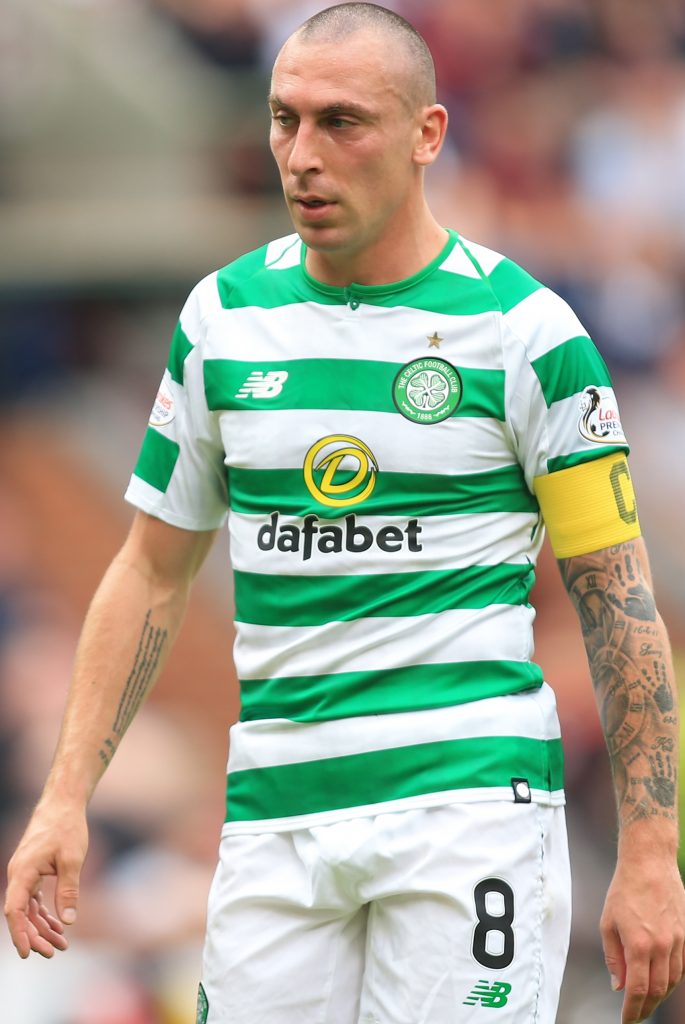 THE ONFIELD LEADER…Scott Brown is a crucial player for Celtic, according to legendary Lisbon Lion Bertie Auld.

“But I would never hesitate to put a fully-fit Brown into that role. Look, the guy’s a leader and he gives the side that something extra.

“His form since Brendan Rodgers arrived has been awesome. He takes responsibility, puts in a challenge or two, keeps things on the move and, for me, he is an inspirational figure.

“I am not surprised there are teams out there who believe he could do a fabulous job for them. Okay, he won’t be blowing out the candles on a 30th birthday cake again, but that doesn’t mean he is over the hill. Far from it.

“I left Celtic when I was 33 and I would have loved to have stayed for another couple of seasons, but Jock Stein was looking to the future and was changing things at the club.

“Bobby Murdoch and I were passers of the ball, that was our forte, and Big Jock thought opponents were working out how we played, so he decided to shake up things.

“Players such as Tommy Callaghan, from Dunfermline, and Steve Murray, from Aberdeen, were brought in and they were guys who could run with the ball from the middle of the park.

“There was no arguing with Big Jock and that’s the only reason I left. I have always said Bobby and I could have carried on for another couple of years, at least.

“I went to Hibs and played two seasons for Eddie Turnbull before I eventually called it a day to become manager of Partick Thistle.”

Auld added: “Every team needs a performer such as Brown. You will get opponents who will attempt to bully you, but have you ever seen Brown being intimidated and hiding in these circumstances? Not a chance! 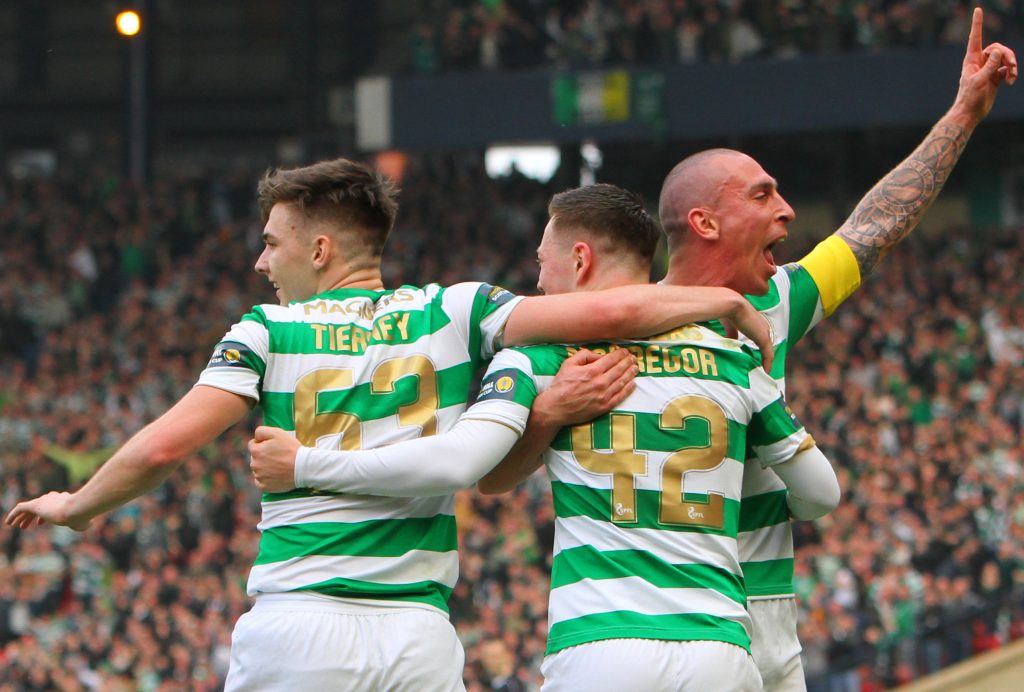 “He gets in about it and leads by example  He is a great tackler, really digs in and has the ability to motivate the players around about him.

“The way Brendan Rodgers sets out his team, Brown is crucial. Both full-backs, Mikael Lustig and Kieran Tierney, are urged to go down the wings at all times.

“That’s commendable, but it wasn’t the way Big Jock did things in our successful years. If Jim Craig went forward on the right, Tommy Gemmell was instructed to hang back on the left.

“Of course, Big TG broke the golden rule in Lisbon when he charged upfield when Jim was on the ball coming in from the right flank.

“He squared it and Big TG made it perfectly to send a shot crashing into the Inter Milan net for our equaliser on our way to our European Cup win in May 1967. As far as I’m aware, Jock never mentioned my big mate’s indiscretion!

“In Brendan’s team, the central defenders play fairly wide, too, and that’s where a disciplined player such as Brown comes in.

“He has always got to be aware of what is happening some 10 yards or so behind him. I don’t think anyone does that job better.

“The captain has been an enormous influence on the team in the past couple of years when some folk might have been writing him off in the season before Rodgers’ arrival.

“It was obvious he was carrying an injury, but was determined to battle it out on matchday. In these situations, the player never does himself any favours because he is never performing at 100 per cent of his ability.

“The fans can only judge on what they see during a game and it is sometimes just too easy to rush into decisions and, as they say in football, reckon a player’s future is behind him.

“But Scott Brown has responded magnificently to Brendan Rodgers and his methods since day one.

“He has had his rewards by becoming the first Celtic captain to lead the club to a double treble and it’s doubtful if that achievement will be equalled.

“And, of course, he could make it a treble treble in this campaign.

“Could he possibly turn down the once-in-a-lifetime opportunity of winning 10 successive Premiership titles?

“I can’t see him doing that. He is Celtic’s onfield leader and he deserves to be there when, hopefully, my old team make even more history.”