‘They came to cheer on the boys in green,
And help them win the day,
And beat Inter Milan in Lisbon Town,
On the 25th of May.’ 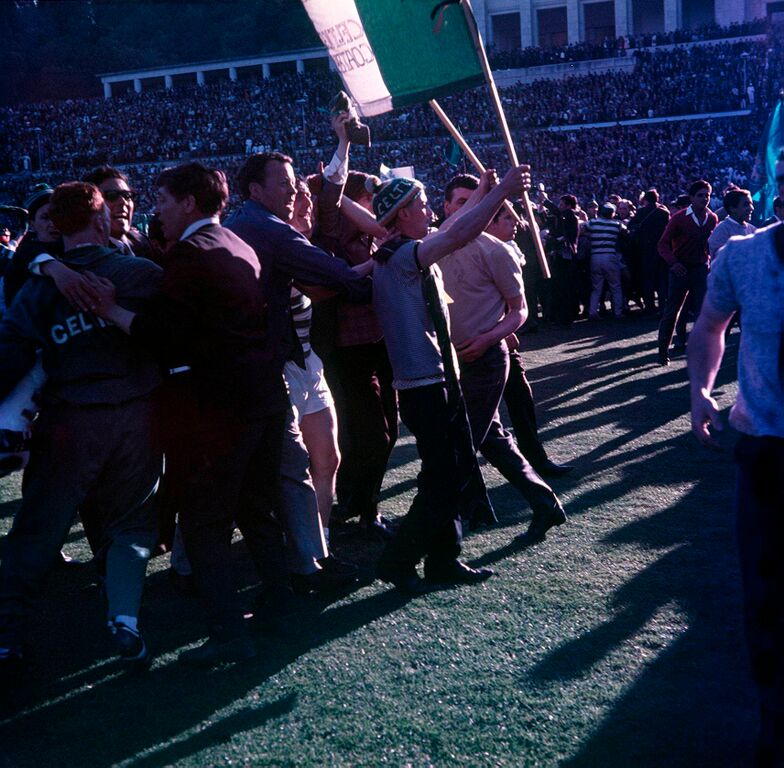 Some of the lyrics from the wonderful Charlie and the Bhoys song, The 25th of May.

CQN contributor Mike Maher, then a 16 year old boy, was one of the lucky 12,000 Celtic supporters who made it to Lisbon.

Those of you who read CQN’s quite wonderful book, SEVILLE The Celtic Movement, will recall that book’s format which worked so well.

The Seville book charted the supporters’ stories about attending a European final to watch Celtic. Some of the stories told in that book are legendary and will be referred to in years to come to explain what it was like supporting Celtic in this generation.

Mike wasn’t in Seville for the UEFA Cup Final, but he did write a really great chapter which detailed how he organised for the Celtic supporting community in his adopted home of New Zealand to gather to watch the UEFA Cup Final.

Mike was over in Scotland last autumn, he met up with CQN and even visited the CQN Corner on match day. We discussed with him the important anniversary of that special day in Lisbon and he told us that, having been inspired by the Seville book, he’d like to write and compile a similar supporters’ book to be called LISBON – The Celtic Roar.

‘A goal must come and come it did,
And Gemmell was our man,
Then Chalmers scored and the Celtic roar,
Was heard by gay Milan.’

We’ve been chatting to Mike about this over the past few months and he’s now looking for help from the Celtic supporters who were in Lisbon, or who have relations who were at the game, or if you have maybe lost someone who was there, maybe your dad, who has passed down his stories of that great day to you. 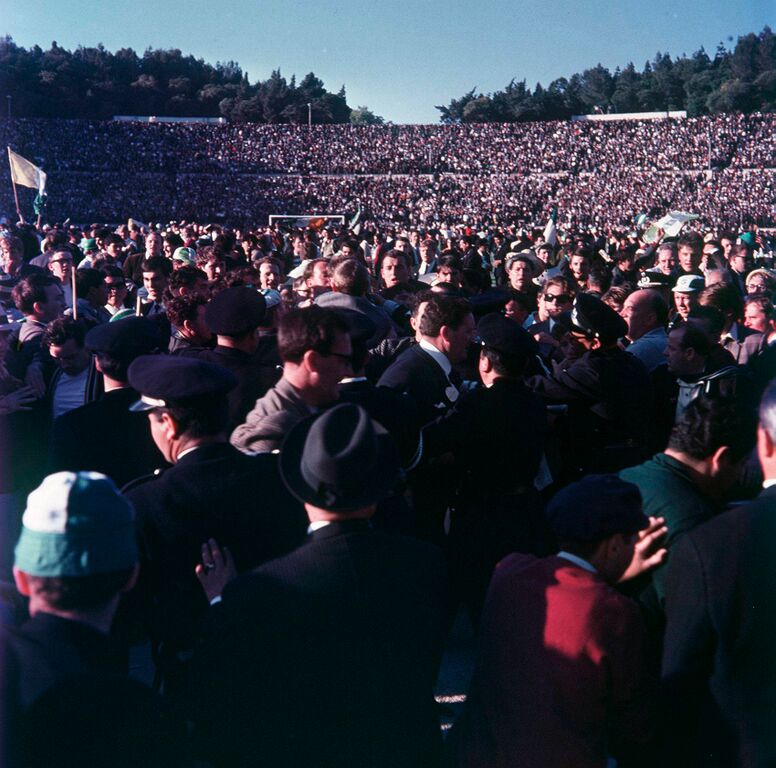 Mike wants to hear from you and he wants to include these stories in LISBON – The Celtic Roar.

CQN this week chatted to Mike to find out more about his plans for this Lisbon book.

Here’s how we got on…

Hi Mike, how are you today and what’s been happening down in Auckland?

‘We’re getting ready for St Patricks Day. We have already had a Fair Day and a Parade over the last 2 Sundays. The weather was beautiful. I am working on Thursday so my celebrations will be limited to a few pints in the evening.

‘I’ve also been helping with organising events for the 1916 commemoration.  That will keep us busy up to end of April and I’ve been working hard on my ideas for the book about Lisbon.’

Can you tell us what you’re thinking and why you want to write this book?

‘On the morning of 25th May 1967 I boarded an aeroplane for the first time in my life. I was one of the lucky ones who was able to go to Lisbon to see Celtic win the European Cup. I can remember the details vividly all these years later and I have had a few pints bought for me on the strength of my tale about my part in Celtic’s victory!

‘With the 50th Anniversary coming next year there is bound to be reminiscing about the event even although lots has been written about the game already. However I feel we need to get the stories from the fans themselves. At 16 years of age I would have been one of the younger travellers. I feel it is important to get the tales down before it is too late!

This will be your first book, have you done much writing previously?

‘It is only fair to mention that so far my literary output has been restricted to articles for CQN Magazine and writing a chapter for CQN’s SEVILLE book and also a chapter in the forthcoming Charlie Gallagher biography which is written by David Potter. My contribution is to provide a view of Charlie’s Celtic career from a supporter’s viewpoint. I’ve also written for some other Celtic related publications. However the guys at CQN have encouraged me to write LISBON – The Celtic Roar, and a few of the more “established” Celtic writers, have offered assistance.’ 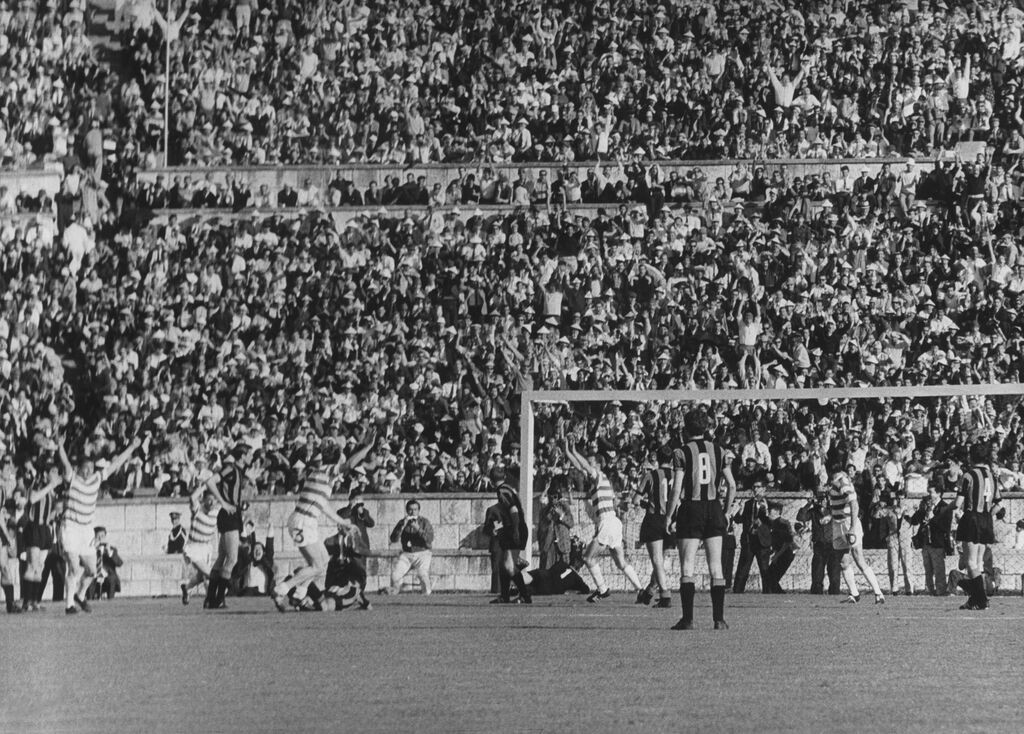 All sounds great Mike, what are the next steps?

‘I would like to hear from as many people as possible especially those who were there. Lisbon was the first time that so many ‘ordinary” fans had travelled so far to support their team. What efforts did people go to get there? Also would love to hear from those who could not manage to get there, and those who could have gone but chose to stay at home and watch with their family and friends.  And from fans who lived outside Scotland. In those pre-internet days how did they get news of the game?’

Celtic stories are passed down through the generations. I’m forever telling my boys about the 4-2 game, or the centenary Cup Final. Do you want to hear from Celtic supporters who have heard similar stories about Lisbon from their elders?

Absolutely. Celtic supporters are great story tellers. Today we are lucky in that we have communication tools like the internet and so on. Previously the stories were shared by word of mouth and that is howe they survived. However, Lisbon is so important an occasion for Celtic that it really is time to get these stories written down and included in a book. The Seville book did this really well for the UEFA Cup Final in that it told the supporters’ stories. That’s what I want to do for Lisbon. I love the name for the book because it highlights the supporters role in Lisbon – roaring the team to glory! 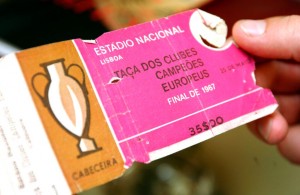 to mention at this stage Mike?

It occurs to me that when Celtic won the European Cup they were only a few days short of the 79th anniversary of their first ever game. It is possible that there were people alive in 1967 who would have witnessed or were at least aware of that first game. I cannot imagine that anyone who fitted that bill would have travelled to Lisbon and they certainly won’t be around now but maybe family members will recall their stories?

Finally what are you looking for from the Celtic supporters /CQNers at this stage and how can they get in touch with you?

I would really appreciate assistance from CQN’ers and from the wider Celtic family. It would be brilliant if you could send me your stories and if we could see your photos, memorabilia etc from Lisbon. These can be sent to CQN will be looked after and returned safely to you. The best way to contact me is by email. My email address which I set ups especially for this Lisbon book is mick.maher67@vodafone.co.nz    Thanks to everyone for reading this and it would be great to hear from you with your stories about Lisbon.

‘So here’s to Simpson, Clark and Craig,

To Johnstone and McNeill,
To Chalmers, Wallace and Lennox, Auld,
For they refused to yield.

You can order a copy of SEVILLE The Celtic Movement for only £9.99 from CQNBookstore.com – click HERE or on the image below.