Celtic Quick News on News Now
You are at:Home»Football Matters»‘LISTEN, WE WON…’ STRACHAN
By CQN Magazine on 20th August 2015 Football Matters
GORDON STRACHAN believes Malmo haven’t got the class to dump Celtic out of Europe’s top tournament.
The Scotland boss, who twice led the Hoops to the Champions League group stages, reckons the Swedes will provide the Parkhead men with chances next week.
Ronny Deila leads his side into a tricky away tie leading 3-2, but Strachan is convinced his old club will be good enough to gatecrash the elite again.
He said: “I believe Malmo, on their own ground, will give the ball away too many times.
“They’ve got good players, but not top players. Celtic will get a chance from a breakaway – maybe, at least, two opportunities.
“The only disappointment from the midweek game was the loss of a goal in added-on time.
“If I was the manager, I would say: ‘Listen, we won and that’s what we set out to do.’ And, of course, they’ve done that.
“I would ask: ‘Did we play well? Yes, we did play well. Did we pressurise them? Yes, we pressurised them.’
“The two wide men – James Forrest and Stuart Armstrong – in the first 20 minutes ran the ball at the defenders and made them make mistakes.
“They made them give away corner-kicks and that was encouraging.
“It got to 2-0 and if it had gone to three, the tie was over. And they had a chance to do that. But that’s football and you have to deal with disappointments.
“But, overall, they must be pleased with a lot of the stuff they did.”
—————————————————————————–

Apps for the Celtic supporter

Celtic fans love to have everything to do with the team and if they have a smartphone they can enhance their experience with a range of different apps. These apps can have anything from online betting to information banks to access, making the regular Celtic fan into a super fan. 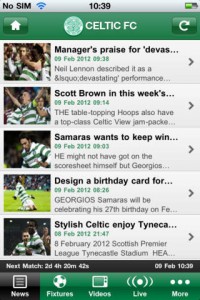 Players who want information can download the Official Celtic FC app to their Android or iOS device and browse everything that they have to offer. The app contains news and profiles of players so even when the team isn’t playing you can still be ahead of the game.

On match days the app has even more features including text commentary and live match stats, perfect for fans who can’t make it to the game. It’s also ideal for spectators that can’t sit down and watch the match on television as it will allow them to get the live text blow by blow account of the game in real time.

Players who enjoy a gamble on match day might also like a range of casino apps to use during half time or when the game is a bit slow. There are so many of these apps out there but you might not feel comfortable inputting your credit card details into them so we think the best option for is casino games that accepts PayPal.

You can also go with an unofficial Celtic app if you don’t want to pay the fee for the official version. There are different, free unofficial live update apps that source their revenue from advertisements, so if you’d rather see a few ads than pay for an app these are the ones for you.

The CelticLIVE unofficial match day app is a constantly updating information centre filled with commentaries and stats. They use a system of cards that users can tap on and share to get all the up to date news of the minute. Although this isn’t an app that’s updated by the football club their information is reliable and properly sourced, so you can pass it on with confidence.

If you’d like to watch the beautiful game from your smartphone or tablet you can do so with a range of different streaming apps that will bring the match to you wherever you are. An app like Football Channel Next will deliver live streaming of various matches anywhere that you can get connected to the internet. It’s free so expect to see a couple of advertisements instead as you get your football fix on the go, it’s much more interactive than a live scoreboard and it’s perfect for anytime you have a few minutes to tune in to the game. 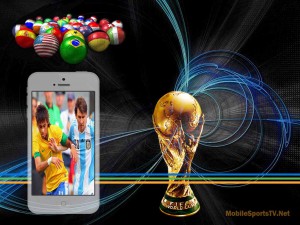