MOHAMED ELYOUNOUSSI aims to make Celtic the big noises at Ibrox on Sunday.

The on-loan Southampton left-sided forward missed the Hoops’ 2-0 win over Steven Gerrard’s side in Govan on September 1 last year.

And the Norwegian international, on loan from Southampton until the end of the season, lasted only the first-half of the Betfred League Cup Final before being replaced at the interval by Mikey Johnston.

He was in the dug-out when Christopher Jullien knocked in the only goal of the game as the Celts claimed their TENTH successive domestic honour.

However, Elyounoussi is determined to have a massive say in the weekend encounter where Neil Lennon’s men have the opportunity of going SIXTEEN points ahead in the race for their ninth successive crown. 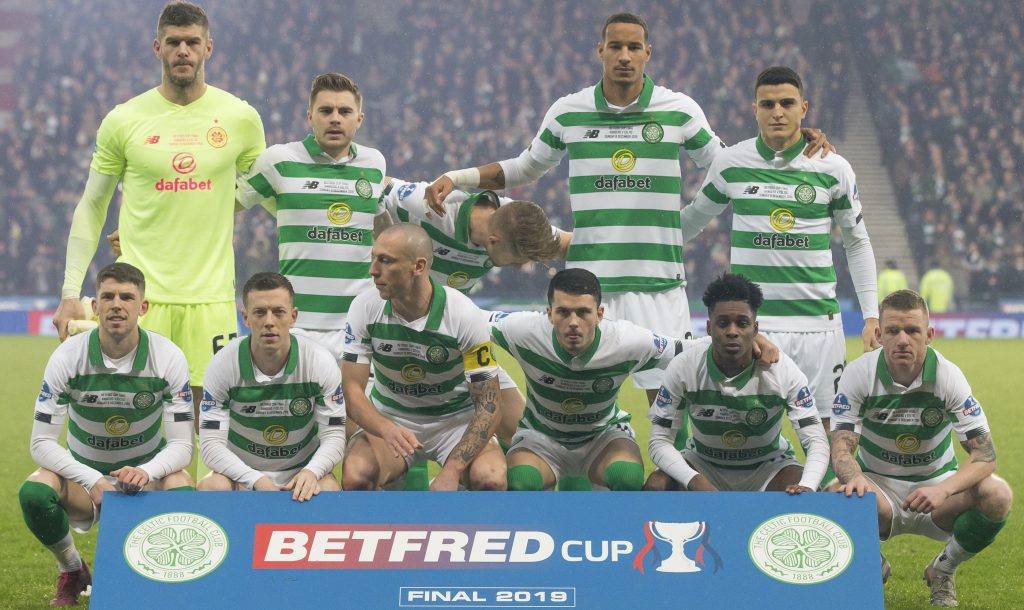 UP FOR THE CUP…Mohamed Elyounoussi (back row, extreme right) with his Celtic team-mates before the 1-0 Betfred League Cup Final success in December.

The Morocco-born forward, speaking to this week’s Celtic View, said: “I think everyone in the world appreciates the rivalry between Celtic and Rangers, but I don’t think you fully understand it until you’re directly involved in it – as a player, a manager or a supporter.

“In the League Cup Final, I played 45 minutes with a broken toe.

“I was delighted that we won that game, the derby and the Cup, even if it wasn’t exactly ideal for me from an injury perspective.

“Everyone wants to play in these games, the big ones, especially at Ibrox. I haven’t played there, so it will be a special moment for me.

“I’m looking forward to it. We’ve got a full week’s worth of preparation under our belts before this one, which is good.”

Elyounoussi continued: “There is so much hype around the fixture and, for me, the League Cup Final exceeded those expectations. 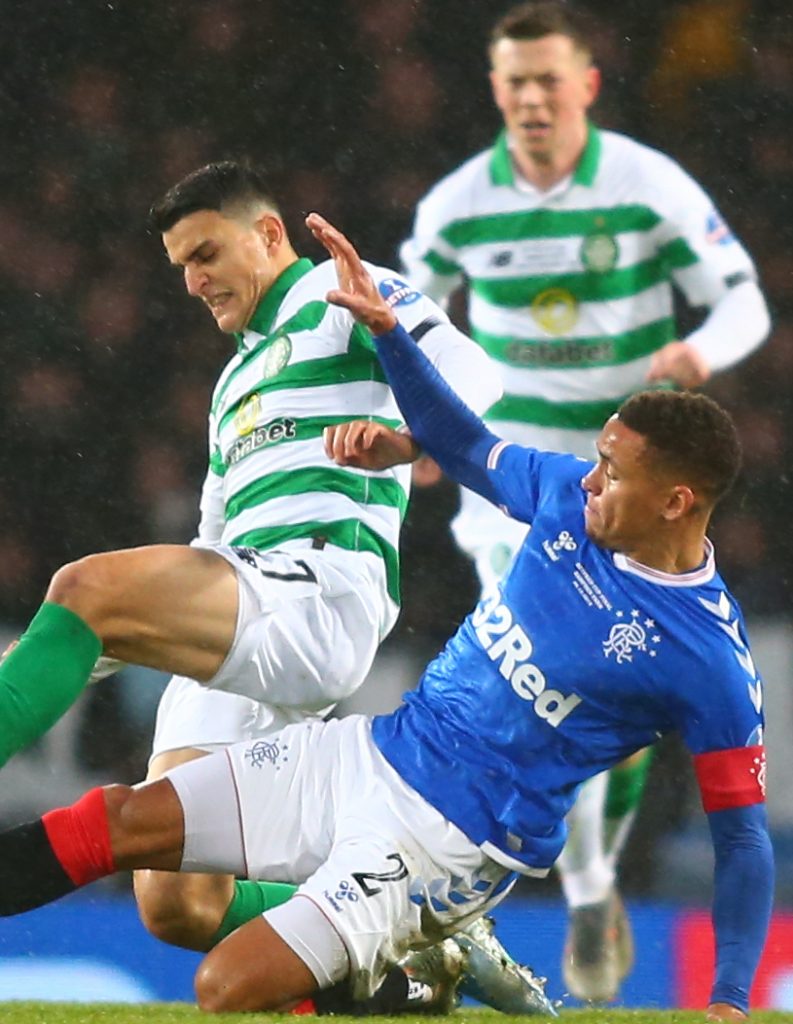 CRUNCH…Elyounoussi is challenged by James Tavernier as Callm McGregor looks on.

“The atmosphere at Hampden was electric, but it was a bit surreal as well because of the 50/50 split in the stands.

“It will be a different story at Ibrox. However, we want to give our fans something to cheer about and be as loud as they possibly can be.”

There has been no movement to make Elyounoussi’s move permanent, but he added: “No matter how long I’m here for, it’s my goal to give my all in every single game.

“I want to help this club win silverware and that’s why I’m here.

“As a team we want to play football, we want to win games and we want to win titles – with the fans and the green-and-white half of the city behind us. What could be better than that?

“Whenever I go for a walk in the city, I can feel the positivity from the Celtic fans. They only ever talk positively to me. All I want to do is repay them by helping Celtic win more trophies.”