CELTIC have been alerted to the news that Everton are poised to drop their asking price for loan Bhoy Jonjoe Kenny –  for a THIRD time.

The impressive 23-year-old right-back has hit the ground running since he joined in January and played in the 4-0 win over Kilmarnock at Rugby Park.

Kenny’s only blip in seven appearances was Neil Lennon’s last outing in Dingwall where the faltering champions collapsed to a shock 1-0 loss.

However, the Goodison defender has made a huge impression since taking over from Jeremie Frimpong in the No.2 position following the Dutchman’s £11.5million departure to Bayer Leverkusen.

Kenny was valued at £10million when Burnley showed an interest in the summer. That price frightened off the Turf Moor outfit. 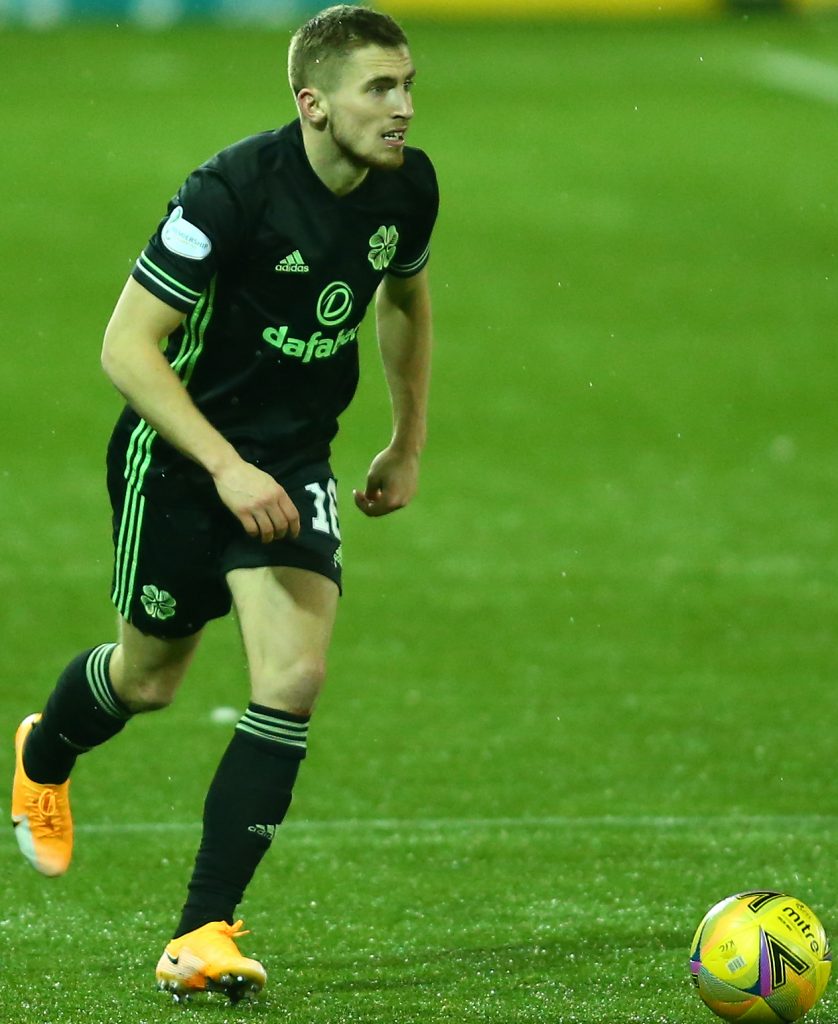 ON THE RUN…Jonjoe Kenny makes his impressive debut in the 4-0 win over Kilmarnock.

The player is out of contract next summer and can walk for free, so his value dropped to £7million when he was allowed to move to Parkhead for the remainder of the campaign.

It now looks as though the price is set to be lowered once more as Merseyside boss Carlo Ancelotti seeks a long-term successor to Republic of Ireland veteran Seamus Coleman who, ironically, was overlooked by Gordon Strachan during a trial period in Glasgow.

The Italian gaffer, who sent Kenny on loan to Bundesliga club Schalke for the whole of last term, is eyeing a massive cash splash on Norwich City’s Max Aarons who was the subject of a failed £20million offer from a Serie A outfit, understood to be Roma, according to the Liverpool Echo.

Brighton’s £29million-plus rated Tariq Lamptey is also on Everton’s radar and has admirers at Goodison.

The Goodison club are looking to bring in cash and it is believed a bid in the region of £5million for the former England Under-21 international.

The Hoops will be desperate for a new right-back after selling Hatem Abd Elhamed to Hapoel Be’er Sheva for £800,000 in the January transfer window.