RYAN CHRISTIE is likely to be on Patrick Vieira’s wanted list when the Arsenal legend is named as Crystal Palace’s new manager within the next 72 hours.

The French World Cup winner attempted to buy the Celtic midfielder in January when he was in charge at Ligue 1 outfit Nice.

The Hoops hierarchy rejected any move for the 26-year-old Scotland international who is out of contract at the turn of the year and is free to talk to interested clubs just now.

The club bosses are now likely to accept a cut-price fee for the Highlander or watch him leave for nothing in six months’ time, according to a report in the Sunday Mail. 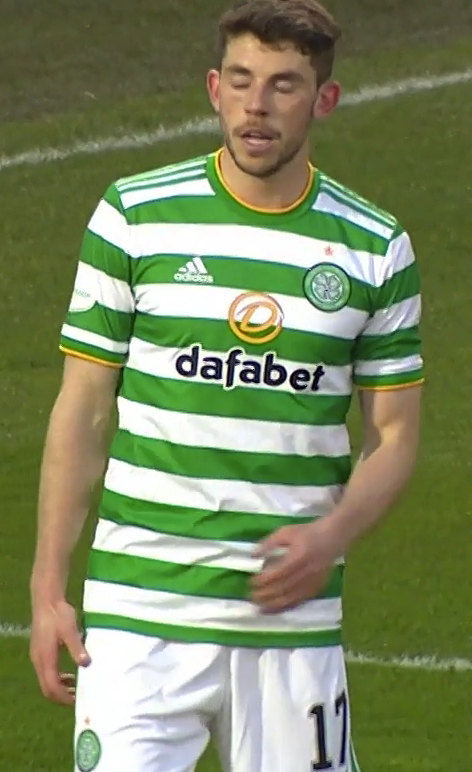 HEADING FOR THE HOOPS EXIT…Ryan Christie closes his eyes and hopes for the best.

Vieira was first impressed by Christie when he saw him playing in the Europa League against Rennes in 2019 when he slotted away a perfect penalty in the 1-1 draw in France. The midfielder also got on the scoresheet in the 3-1 win at Parkhead.

After being knocked back in January, the incoming successor to veteran gaffer Roy Hodgson at the London outfit is prepared to try again.

Ironically, Vieira could face opposition in his pursuit of Christie from his old club with Nice, now bossed by Lille’s title-winning coach Christophe Galtier, still keen on the international who played only 45 minutes of Scotland’s doomed Euros Finals’ bid.

One stipulation Ange Postecoglou may make would be to keep the player until after the Champions League second round qualifiers against FC Midjtylland with the first leg due in Glasgow a fortnight on Tuesday with the return in Denmark eight days later.