BERTIE AULD played – and scored – on the Saturday afternoon on August 23 1958 when an 18-year-old Billy McNeill made his debut for Celtic.

That was on a gloriously sunny day in the east end of Glasgow as McNeill took the first steps to legendary status as he helped the side to a clean sheet in a 2-0 League Cup win over Clyde, with Bertie hitting the second goal.

Both became Lisbon Lions when they helped Jock Stein’s Celtic team conquer Europe by beating Inter Milan on May 25 1967 in the Portuguese capital.

Bertie is one of over 40 contributors, including the Lions, to the tribute book to the man voted Celtic’s Greatest-Ever Captain by the supporters. 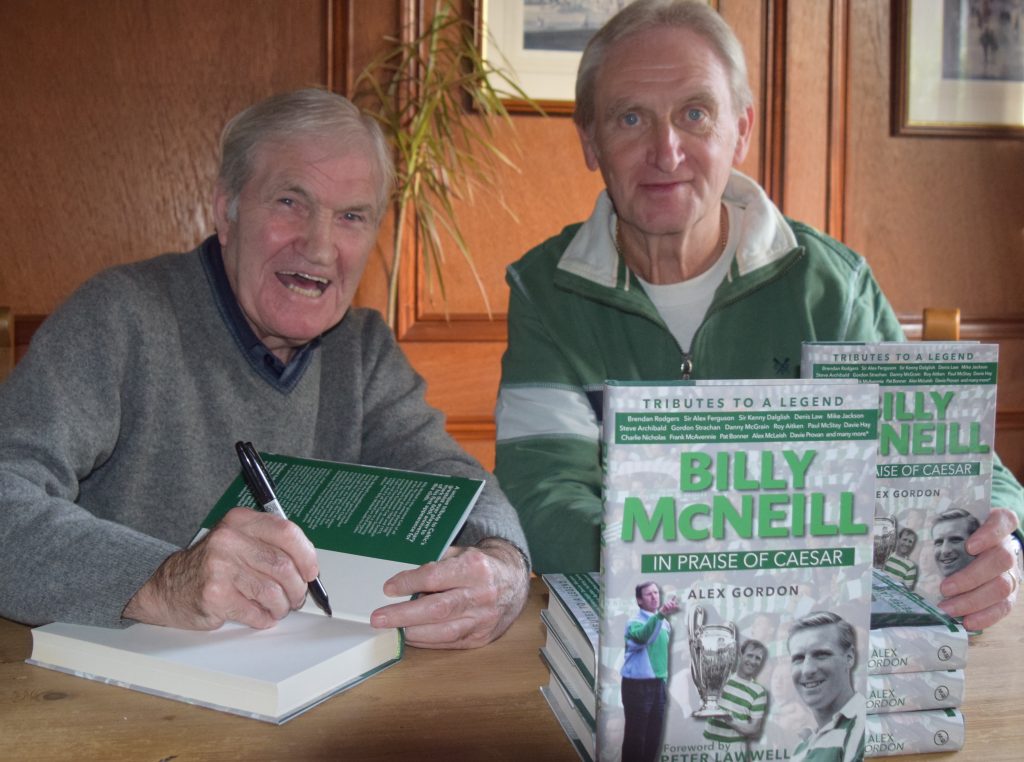 And also paying a glowing tribute to Billy is the Original King of Scottish football, Denis Law, the Celt’s old mate from Scotland international days.

HAPPY DAZE…Bertie and Alex, in front of the photograph of Billy McNeill and the 1965 Scottish Cup-winning team, at Celtic Park.

Sandro Mazzola, the man who almost wrecked the European Cup dream and bookies’ bets on sites like bettingsites.ng, gives his view on Billy and Celtic that eventful day in Lisbon.

PLUS! There are a limited amount of copies signed by Bertie with the books sold on a first come first served basis. Alex will also sign personal messages.

So, please order now and make sure you get your signed copy in time for Christmas!

You can order your copy here: https://cqnbookstore.com/Book/billy-mcneill-in-praise-of-caesar/