OLD MASTERS Lubo Moravcik and Kris Commons have been known to beef up the midfield with their presence.

And the ex-Celtic playmakers got together to perform for a Hoops line-up of Old Crocks in the Testimonial Match for ex-Partick Thistle stiker Kris Doolan at Firhill yesterday.

They pounded the beat as usual as the fans of both sides paid tribute to the 32-year-old frontman who left the Jags in the summer for Ayr United after 10 years and over 100 goals for the Maryhill outfit.

With Chic ‘Chunky’ Charnley, the Celtic-daft midfielder who made a guest appearance for the Celts in a 3-1 Testimonial win against Manchester United at Old Trafford in 1994, on the field, too, there was every chance there would be a lot of excess entertainment.

The Old Bhoys and the Jags served up a real feast.

CQN’s ace snappers were there with their wide-eyed lens to capture the action. 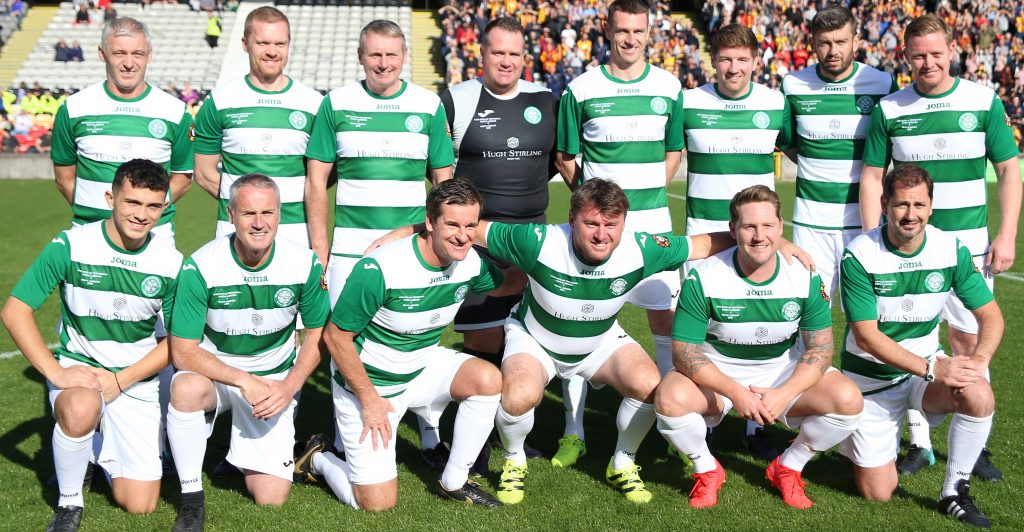 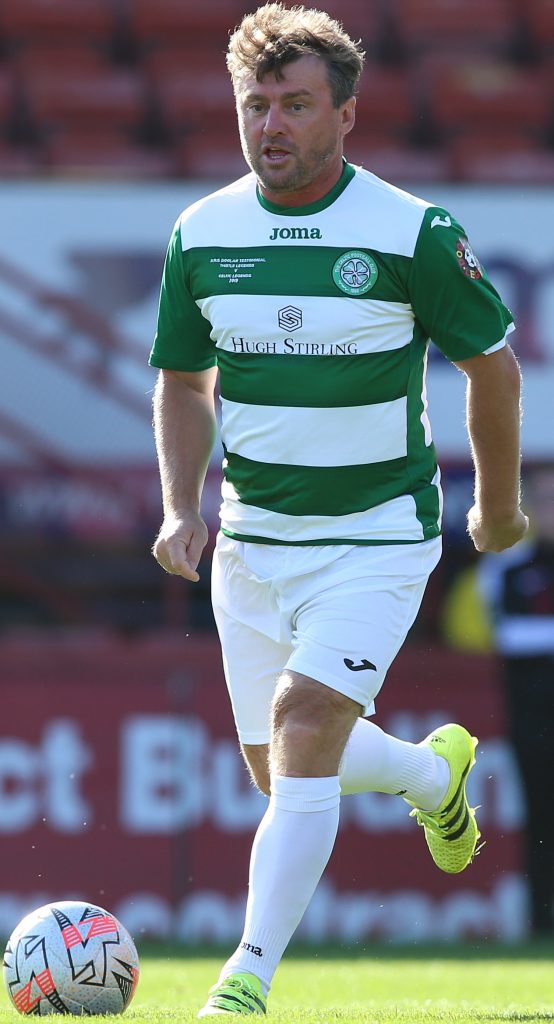 ON THE BALL…Lubo Moravcik in control – as usual.

HEAVYWEIGHT…Kris Commons on the move. 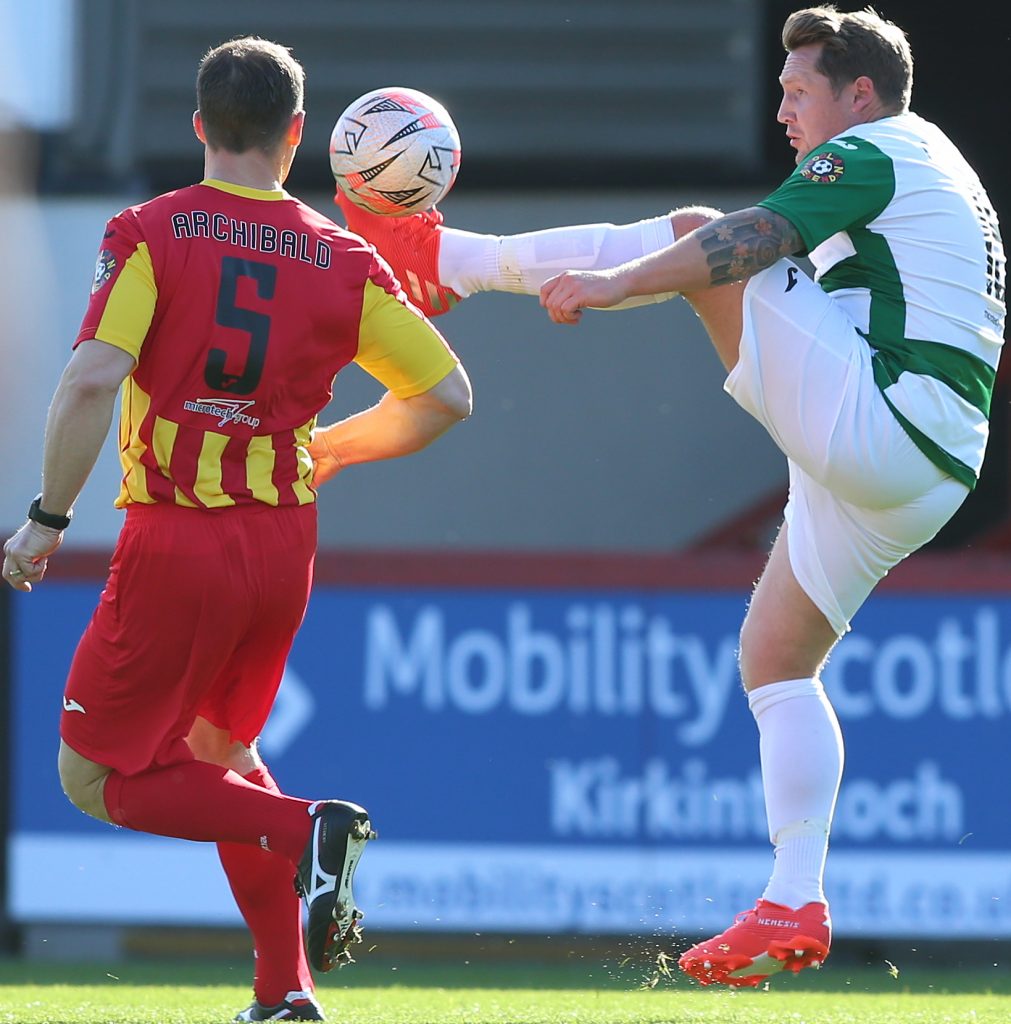 HIGH JINKS…Kris Commons goes for a bouncing ball with Thistle’s Alan Archibald, who obviously likes to keep an eye on the time. 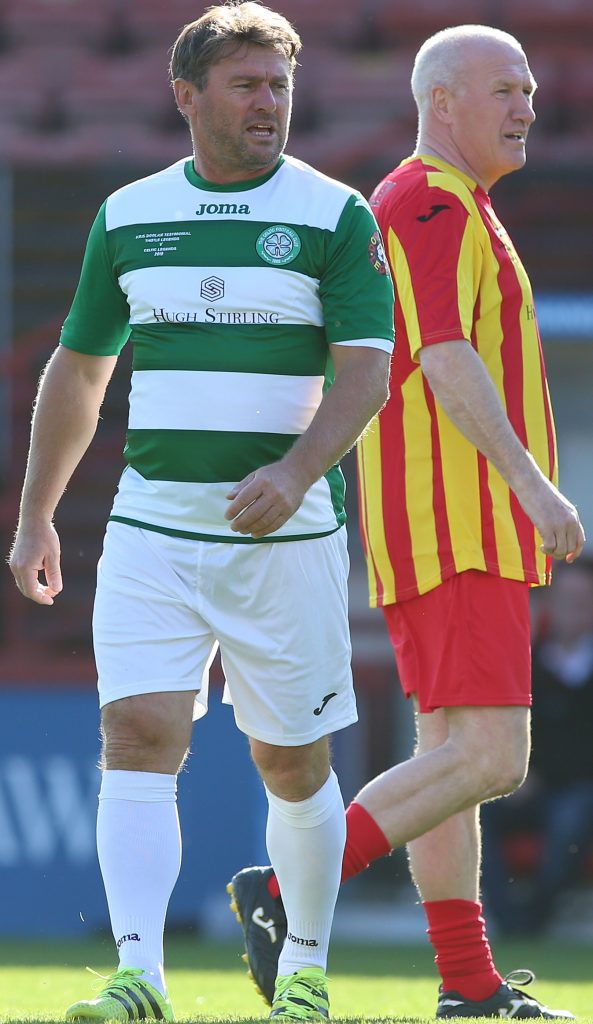 TWO OF A KIND…ball-players Lubo Moravcik and Chic ‘Chunky’ Charnley take a breather. 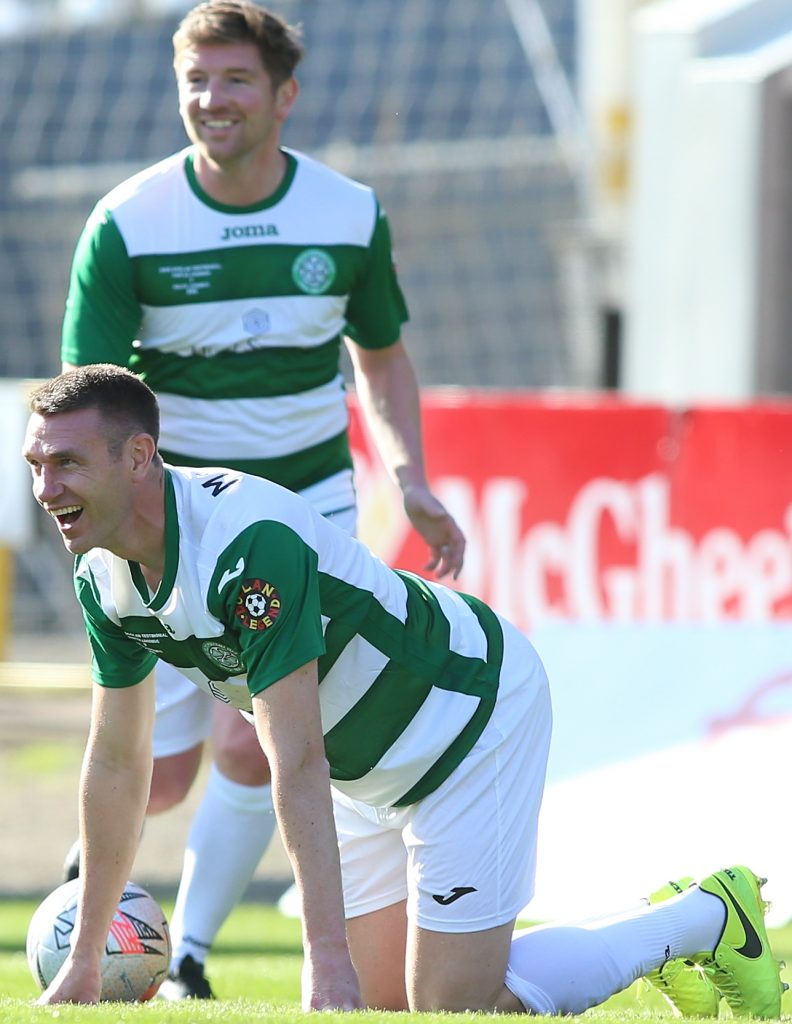 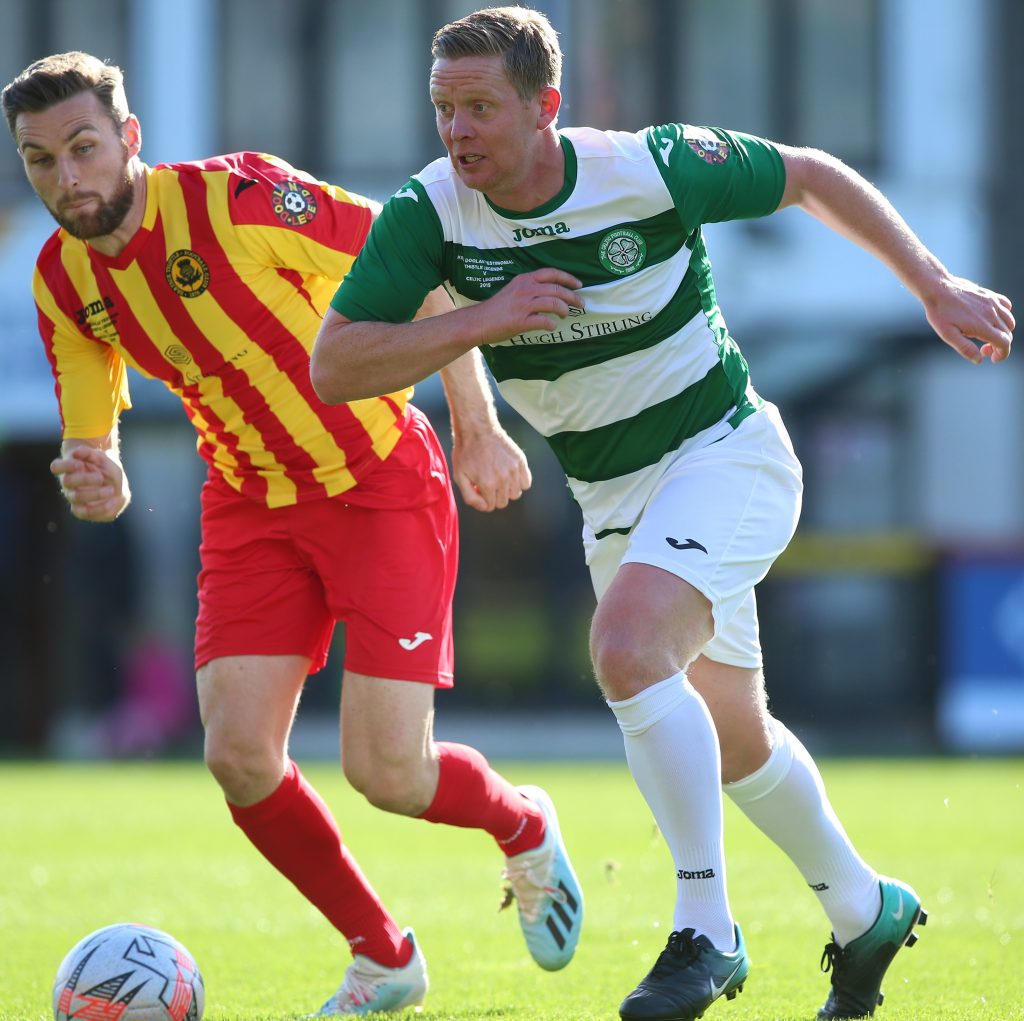 POETRY IN MOTION…maybe not, but Barry Robson has lost none of his drive. 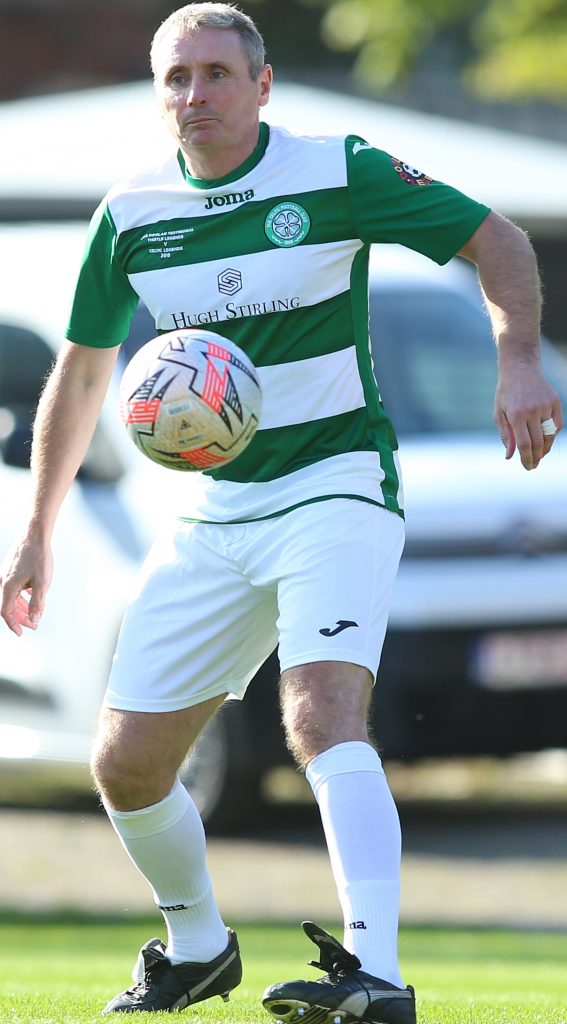 CAPTAIN SENSIBLE…maybe not, but Tom Boyd is still a force to be reckoned with. 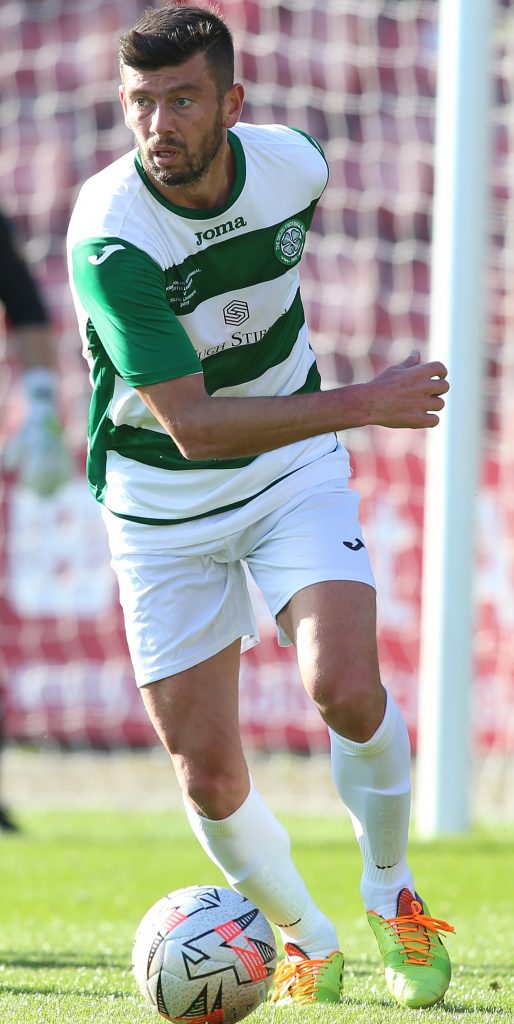 ITALIAN JOB…Massimo Donati still has it all – he was still playing last season, after all. 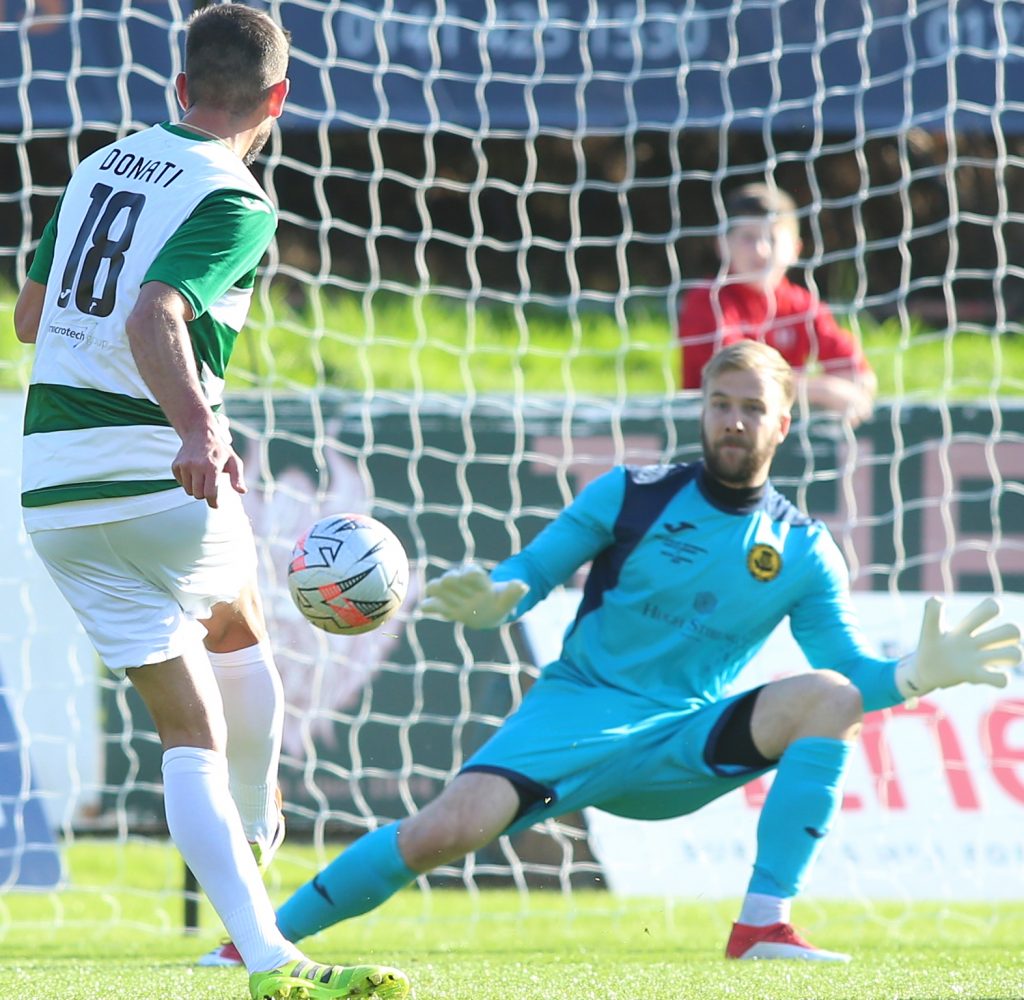 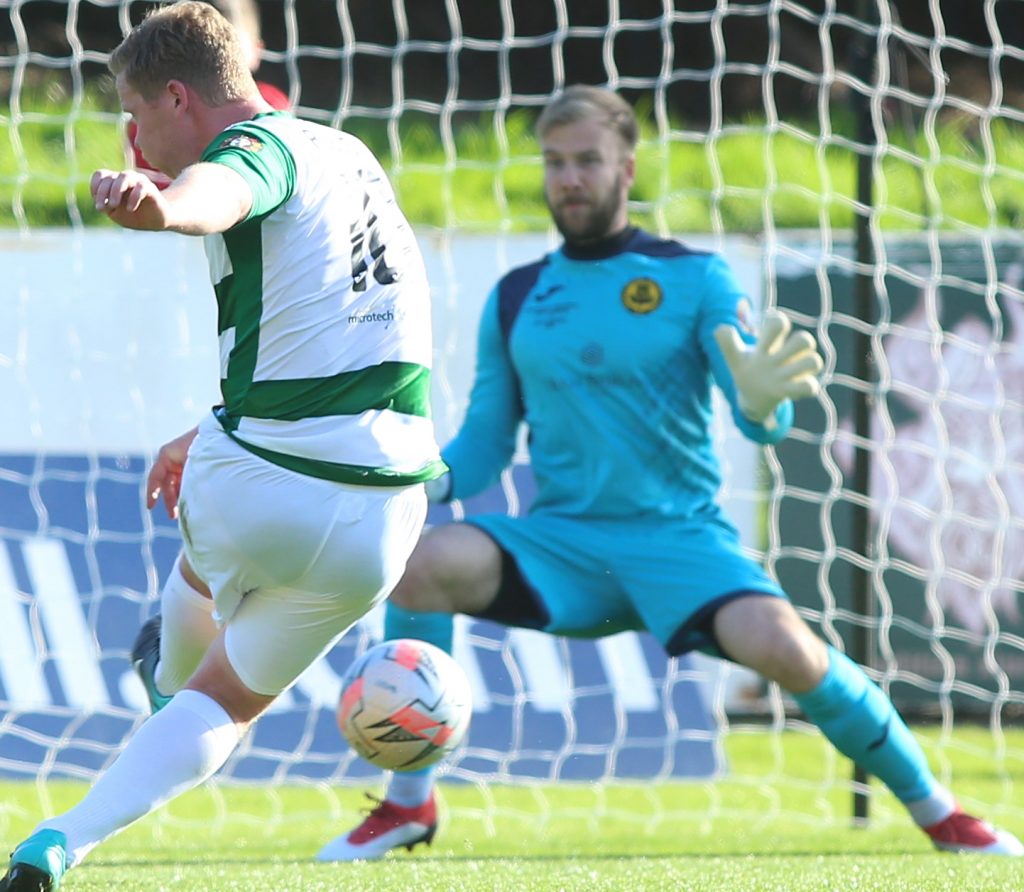 BY THE LEFT…Barry Robson fires in a shot with Scott Fox on alert. 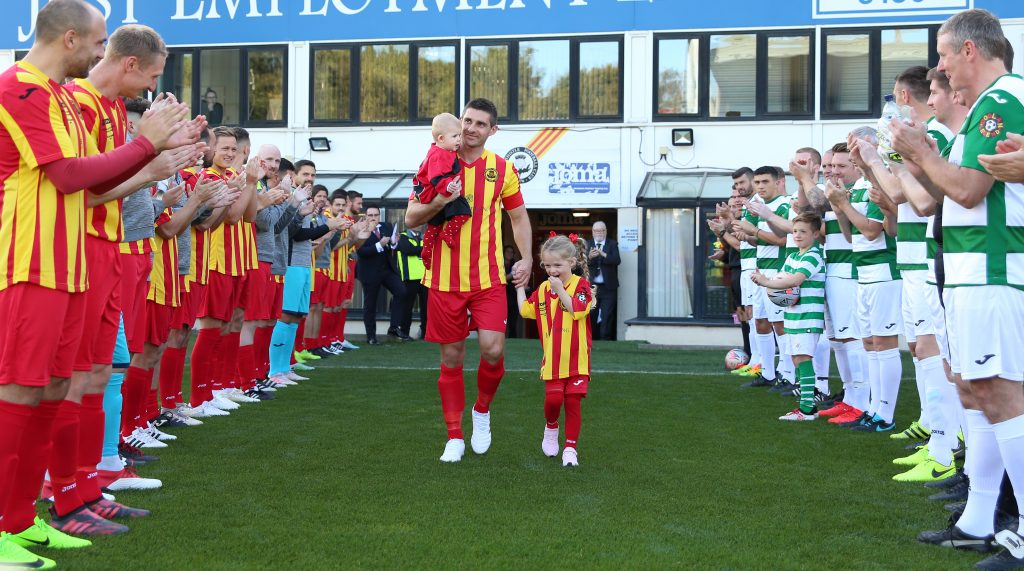 GUARD OF HONOUR…Kris Doolan and his family are welcomed onto the pitch by the Celtic and Thistle Old Crocks.