Celtic Quick News on News Now
You are at:Home»Latest News»MADDEN IN CHARGE AT HAMPDEN
By CQN Magazine on 6th April 2022 Latest News

BOBBY MADDEN will be the man in the middle for Celtic’s Scottish Cup semi-final encounter against Giovanni van Bronckhorst’s side at Hampden a week on Sunday.

It will be the match offical’s second Glasgow derby this year after taking charge at the Hoops’ 3-0 romp over the Ibrox outfit at a rocking Parkhead on February 3.

The match passed without too much stress with Ange Postecoglou’s men three goals ahead by the interval following a double salvo from Reo Hatate and a typical opportunist’s strike from Liel Abada. 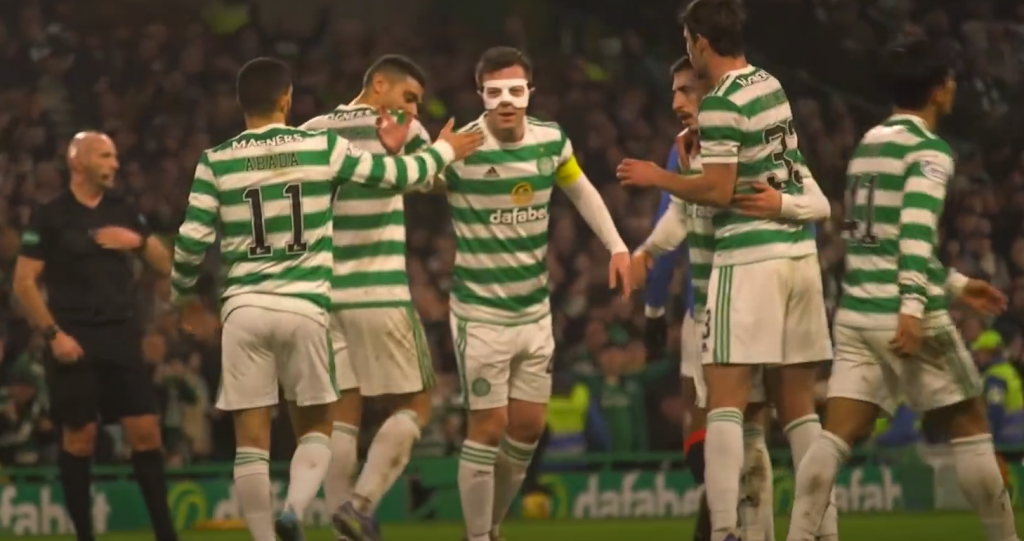 WATCHING BRIEF…referee Bobby Madden stands aside as Celtic players celebrate the second goal from Reo Hatate (extreme right) in the 3-0 win at Parkhead in February.

Willie Collum was the whistler for Celtic’s 2-1 success in Govan on Sunday where goals from Tom Rogic and Cameron Carter-Vickers moved the Hoops six points clear at the Premiership summit with six games to play.

Madden will be assisted by Alan Mulvanny and Dougie Potter while Steven McLean will be the fourth official at the national stadium.

The Scottish Cup Final is scheduled for Saturday May 21 where Postecoglou and Co could be in line to bring down the curtain on a phenomenal campaign with a remarkable clean sweep of all three domestic trophies.