The £3.5million buy in last month’s transfer window fired blanks on his first start for the club in the 3-0 Scottish Cup win over Clyde at Broadwood on Sunday.

Klimala, who got the nod to lead the line from Neil Lennon with Odsonne Edouard and Leigh Griffiths getting a rest, squandered a marvellous opportunity in the first-half to get off and running in the goal stakes at the Hoops.

But Zurawski, who was nicknamed ‘Magic’ and who collected 30 goals in 72 appearances for the Parkhead side after being bought by Gordon Strachan in July 2005, believes it is only a matter of time before the 21-year-old attacker starts putting the chances away.

The ex-international, speaking to the Daily Record, said: “This is a really good opportunity for Patryk, who has gone to the perfect club in Celtic.

“He will get great experience at Celtic. But he has to show patience. It’s not easy to get into that team. 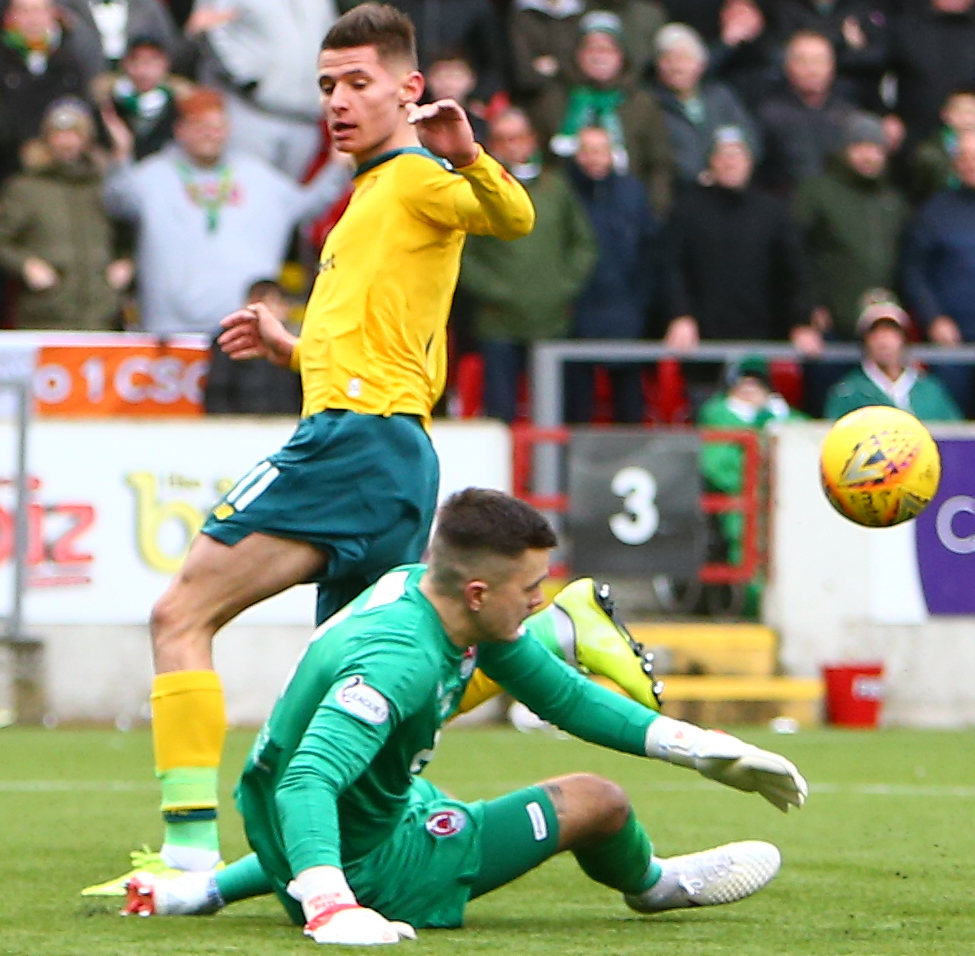 “When he gets his chance, he has to take it. At a club like Celtic, competing against Odsonne Edouard and Leigh Griffiths, it’s going to take something special – that means taking any chance he gets.

“So he has to bide his time and be ready for the opportunity when it comes.”

Zurawski added: “He is very quick. And he’s extremely good one-on-one, when he faces up the defender. The one area of his game he has to improve is his finishing, converting chances into goals. But you can see that he has the potential – and that finishing touch will come in time.

“Obviously, I’m not the Celtic coach, so you have to imagine what Neil Lennon is thinking about how to use Patryk.

“But he could form a partnership with either Edouard or Griffiths, because he’s good enough.

“Just in terms of the style of football, he would be better alongside Edouard.”

Zurawski enjoyed a trophy-laden spell at the Hoops, winning three league titles, the Scottish Cup and League Cup after arriving from Wisla Krakow. He also won 72 caps for his country.

Klimala, who had previously made three cameo substitute appearances, is likely to drop back to the bench when Hearts provide the opposition at Parkhead tomorrow night – only the second game at home in 2020 after six on their travels.

Lennon will almost certainly restore Edouard and Griffiths to the main striking roles in the club’s bid to maintain their seven-point advantage at the Premiership pinnacle.