BEAMING Brendan Rodgers believes Odsonne Edouard will be worth every penny of his £9million record-breaking fee.

The French hitman, who followed up his season-long loan deal from Paris Saint-Germain with a permanent switch in the summer, was on target with two sublime strikes in Celtic’s 3-1 Champions League first leg second round qualifier at Parkhead last night.

His compatriot Olivier Ntcham added the other goal as the Hoops came roaring back after Norwegian left-back Birger Meling had silenced the home support with a 15th-minute opener.

Rodgers said: “Odsonne’s first goal looked so simple, but when you watch it again, his movement to create the space and then just pass it in was excellent.

“He timed his run for the second goal perfectly as the right-back, keeps him onside. 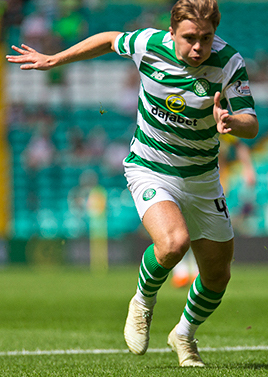 “That is a mark of top, top strikers — a boy to have that confidence on the big occasion. To show that calmness under pressure was brilliant.

“I don’t think anyone thought he was going to dink it. But he has shown that quality from the day he walked in.”

With regular frontmen Moussa Dembele and Leigh Griffiths sidelined through injury, 20-year-old Edouard led the line superbly with a calm finish for the leveller and an exquisite chip over keeper Andre Hansen for the crucial third goal that gives the champions some breathing space before Wednesday’s return leg in Trondheim.

Following Rosenborg’s early goal, Rodgers added: “You could probably sense a wee bit of apprehension in the crowd.

“But the team is maturing and evolving all the time. We have a lot of young players in there.

“But it was a joy to watch the team this evening.

“And not just all the good stuff, either. Dealing with all the adversity in the game is a part of it. 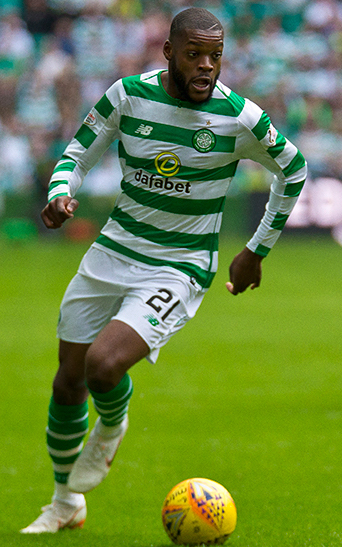 “When the game started, we tried to work the same way as we had done through the pre-season without trying to change so much. That has worked very well when Moussa has played, so we tried to do a similar thing by putting James Forrest up there.

“For the first 20 or 25 minutes, I wasn’t overly-happy with the shape of the team and that was my fault.

“We just adapted it and went into a much-cleaner shape that the players know. We could then press the game and attack from a better base.

“The last 15 minutes of the first half and the whole second half, the players were absolutely magnificent.

“By the end, I think we could have had five or six goals.”