Celtic Quick News on News Now
You are at:Home»Latest News»MAKE MINE A DOUBLE: LENNY’S HOPES FOR AJETI, EDOUARD
By CQN Magazine on 16th August 2020 Latest News

The 23-year-old frontman agreed a four-year contract after experiencing a torrid season at West Ham following an £8million move from Basel last summer. He was bought by Manuel Pellegrini and dumped by David Moyes as the London outfit battled relegation for most of the campaign.

Now Ajeti can kick-start his career with the Hoops as they bid for a historic tenth successive championship – and Lennon has every faith in the new Bhoy striking up a partnership with Odsonne Edouard as he plans to revert to the system that proved so successful after the turn of the year. 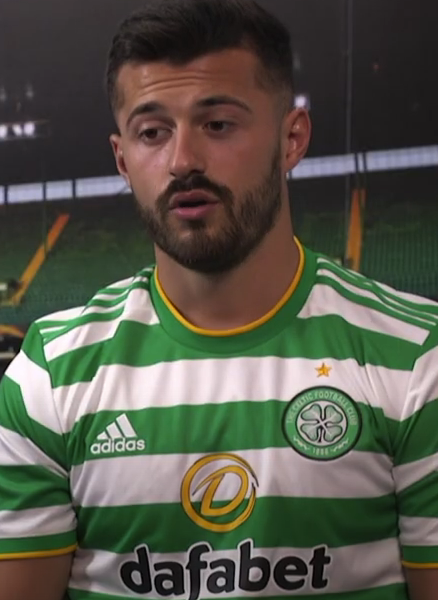 The Frenchman and Leigh Griffiths dovetailed after the break as the Parkhead outfit raced away with the title, sitting 13 points clear with only eight games to play when football went into cold storage in mid-March due to the coronavirus pandemic.

The ninth consecutive crown was awarded to the champions in May by the SPFL hierarchy when they called a halt to the game as they followed Scottish Government guidelines.

Edouard had already claimed 28 goals and was on his way to breaking the 30-strike barrier. Griffiths hit eight.

Now, with the Scotland international coming back to fitness after being left out of the first-team squad for the three-game trip to France after return from lockdown overweight, the manager has raided the transfer market for a solution.

Lennon, speaking to Celtic TV, said: “I’m delighted. It’s a great signing for us, it’s an area we wanted to strengthen and we’ve been following the player for quite a while. 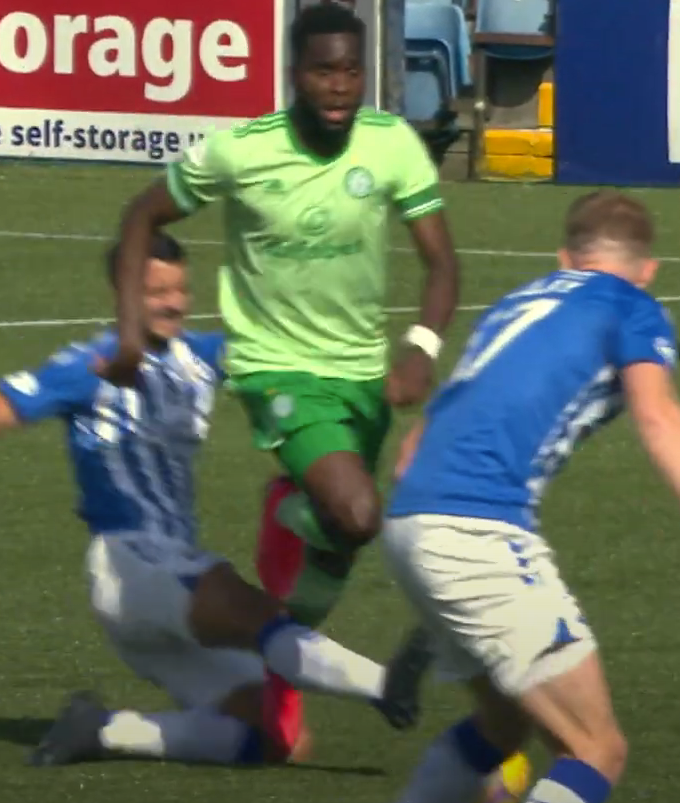 CRUNCH…Odsonne Edouard is clattered from behind by Killie defender Gary Dicker. 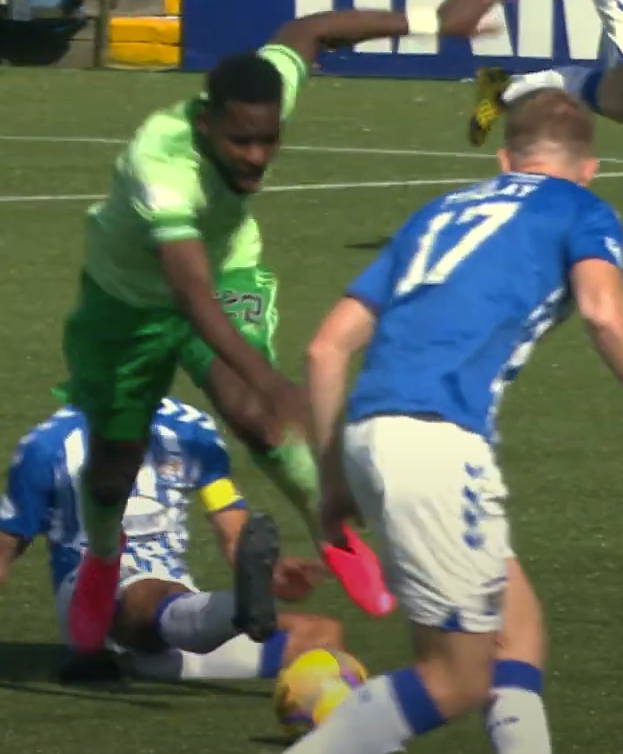 HEADING FOR A FALL…Odsonne Edouard topples after the reckless challenge that brought Dicker a yellow card.

“He had a bit of a tough time at West Ham, but that happens in players’ careers, he’s come here hungry, wanting to play and he’ll add a lot of firepower to what we have.

“You’ve got Odsonne there, they’ll be a good partnership, then his dialogue with his midfield players.

“He won’t take too long to integrate, he’s been playing British football for over a year now and he had a very successful time at a really good club in Basel, so he’s got the pedigree.

“I just hope he hits the ground running and settles down.”

Lennon, who is preparing his player for Tuesday night’s crucial Champions League first round qualifier against KR Reykjavik in the east end of Glasgow, added: “It’s been a difficult year for him, not playing the amount of games he would have wanted to, but that’s all behind him and he’s got a fresh start now.

After a two-game interruption, the Hoops’ next Premiership outing is against Dundee United at Tannadice on Sunday with a 5.30pm kick-off.