STEVEN FLETCHER is eager to make up for lost time by joining Celtic – after missing out ELEVEN years ago.

The 33-year-old Scotland international striker is a free agent after quitting Sheffield Wednesday at the end of his contract.

Fletcher declared his intention of joining the Hoops in 2009 when he was on the brink of leaving Hibs in a big-money deal. Gordon Strachan, after winning three successive titles, identified the Easter Road frontman as a priority target.

However, the Edinburgh club – as they demonstrated two years ago when John McGinn was sold to Aston Villa when it looked as though Parkhead was his more likely destination – sold the forward to Burnley. 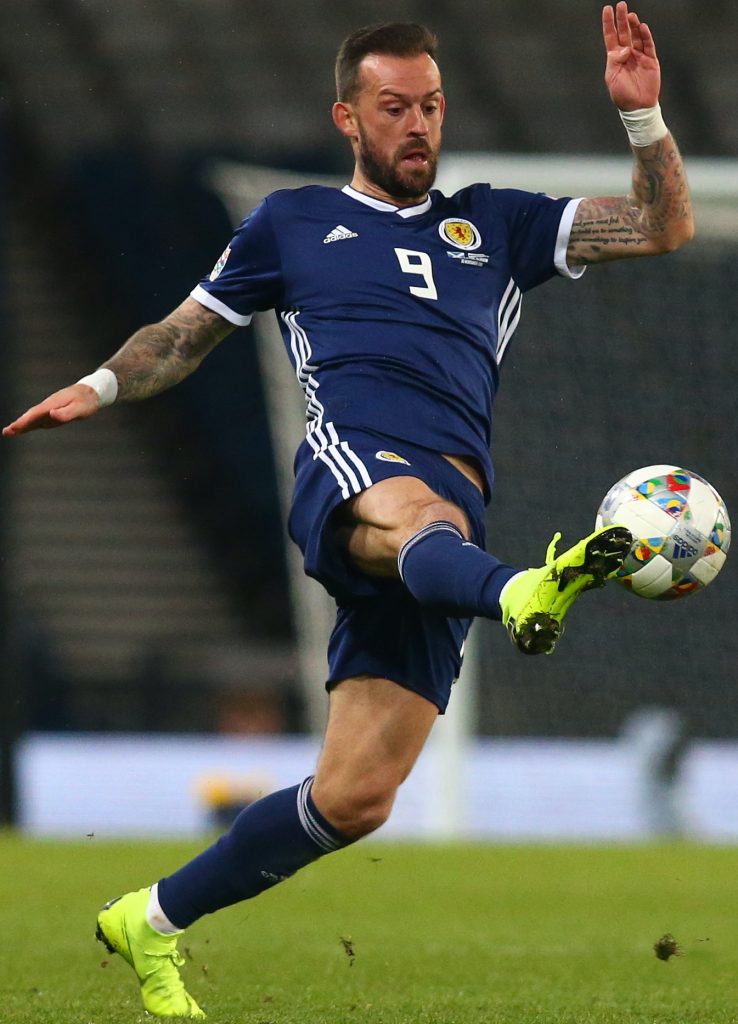 ON THE BALL…Steven Fletcher in action for Scotland in the 3-2 win over Israel in November 2018.

Owen Coyle, who was the Turf Moor club’s gaffer at the time, agreed to pay £3million for the frontline leader who netted 43 goals in 156 appearances for the Leith side and Fletcher’s dreams of pulling on the green-and-white hoops were dashed.

He also played for Wolves, Sunderland and had a loan spell at Marseille before arriving at Hillsborough in 2016.

Fletcher has reportedly bought a house in Glasgow after moving from Yorkshire.

His former Hibs team-mate Tam McManus tweeted: “Have it on good authority that Steven Fletcher is very keen on a move to Celtic.

“Just moved back up here and bought a place in Glasgow. Thirty-three, but great pro/fit as a fiddle. Available on a free.

“Wages wouldn’t be an issue. Surely would do job at Parkhead even as cover for Edouard?”

It’s an interesting thought as Neil Lennon looks to strengthen his attacking options while the nine-in-a-row champions are locked in talks with Peterborough’s Ivan Toney, as CQN reported earlier this morning.