Celtic Quick News on News Now
You are at:Home»Football Matters»MARATHON BHOY TIERNEY
By CQN Magazine on 2nd March 2016 Football Matters
KEIRAN TIERNEY admits to being delighted that he is developing into a 90-minute man as Celtic chase their fifth successive SPFL crown.
The 18-year-old left-back, who has taken over from Emilio Izaguirre this season, is already attracting the attention of Scotland international boss Gordon Stracahan.
However, Tierney, despite earning rave reviews during his breakthrough campaign, is simply satisfied at being on the pitch when the final whistle blows.

As he prepared for this evening’s game against Dundee at Parkhead, he said: “I’ve played seven 90 minutes in a row now, so I’m delighted with that. 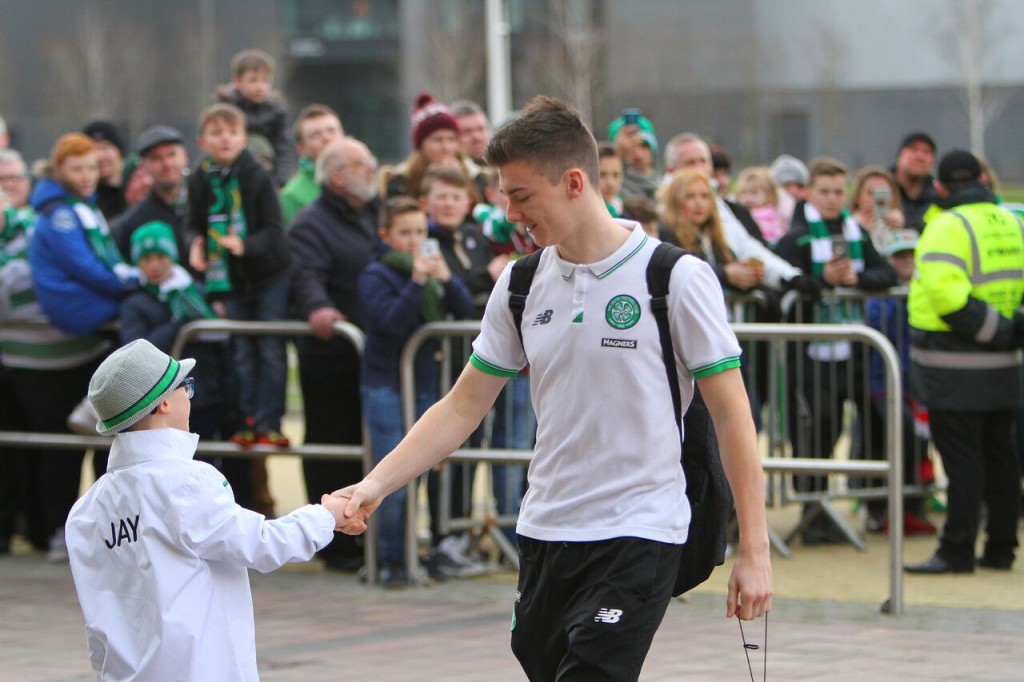 “At the start of the season, I was getting to 70, 75 minutes and was having to come off because I was tired, but I’m getting used to the pace now.
“I don’t know when I’ll ever feel like a first-team regular. Just now I still feel like a young boy and I don’t think it’s a bad thing.

“It means I still need to work hard in training and work my hardest to get picked at the weekend.

“It has been great for me. Every young boy’s dream is to play first-team football and I’ve been playing for weeks on weeks now, so, hopefully, it will continue.

“At the start of the season, I don’t think anyone would have thought I would have played 20-odd games.

“The season before it was Callum McGregor. He got a great run of games and that gave hope to us. I’ve just tried to work my hardest and now I’ve had a run.”

Tierney is looking to get back to winning ways against sixth-placed Dundee, who are unbeaten in seven, four of which are in the league.

He added: “We were disappointed we didn’t get three points against Hamilton.

“We had chances, of course, but then Aberdeen slipped up in their draw the following day. We need to concentrate on ourselves, but if the team below you slips up it’s only positive for you.

“We’re looking forward to getting back to winning ways. Dundee will be a tough team to beat. They’ll come prepared and they’re a good, organised team, so they’ll be hard to break down.

“They have a few dangers up front and on the right wing, as well. If I’m playing left-back then I’ll have a lot to do.”