DAVID TURNBULL has revealed his surprise over one statistic that has emerged from the Ange Postecoglou Celtic rebuild.

The Scotland international midfielder was taken aback when he was informed he was the ONLY ever-present in the 24 competitive games since the Greek-Australian gaffer arrived in the summer.

And Turnbull will add another appearance to that impressive number when he lines up against Dundee at Dens Park in today’s High Noon shoot-out.

The 22-year-old playmaker was more than satisfied with his own display in the 3-2 Europa League Group G victory over Ferencvaros in Budapest on Thursday night and rated it one of his “best performances” for the Hoops since joining from Motherwell in a £2.75million deal last summer. 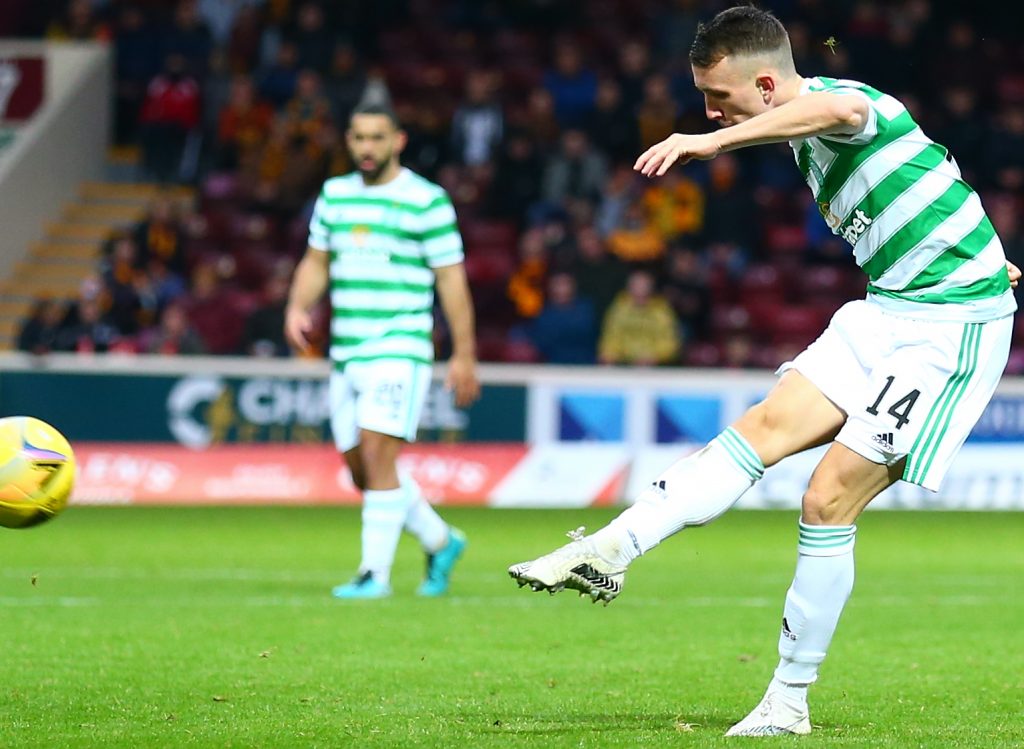 WALLOP…David Turnbull fires in an unstopppable effort against former club Motherwell for Celtic’s second goal in their 2-0 win at Fir Park in October.

Turnbull said: “I didn’t realise I was the only player who has been an ever-present in the side. A couple of games ago, one of the lads mentioned it to me.

“That’s a great thought for me and one I love to have because the games are coming thick and fast.

“It feels like we’ve got a game every three days right now. But that’s the dream of being a footballer, to be playing all the time, getting minutes under your belt and helping the team win.

“You can’t beat that feeling and I’m loving every minute of it under the manager.

“The football he has us playing is brilliant – to watch and to play in.

“Probably the biggest thing he’s passed on to me is about going and getting the ball back when things break down.

“He’s got us working our socks off and you get the rewards from it. You could see that on Thursday night.

Marathon man Turnbull, speaking to the Sunday Mail, continued: “We always knew it was going to be tough, but we had our game-plan and knew the style of football we wanted to play against them. 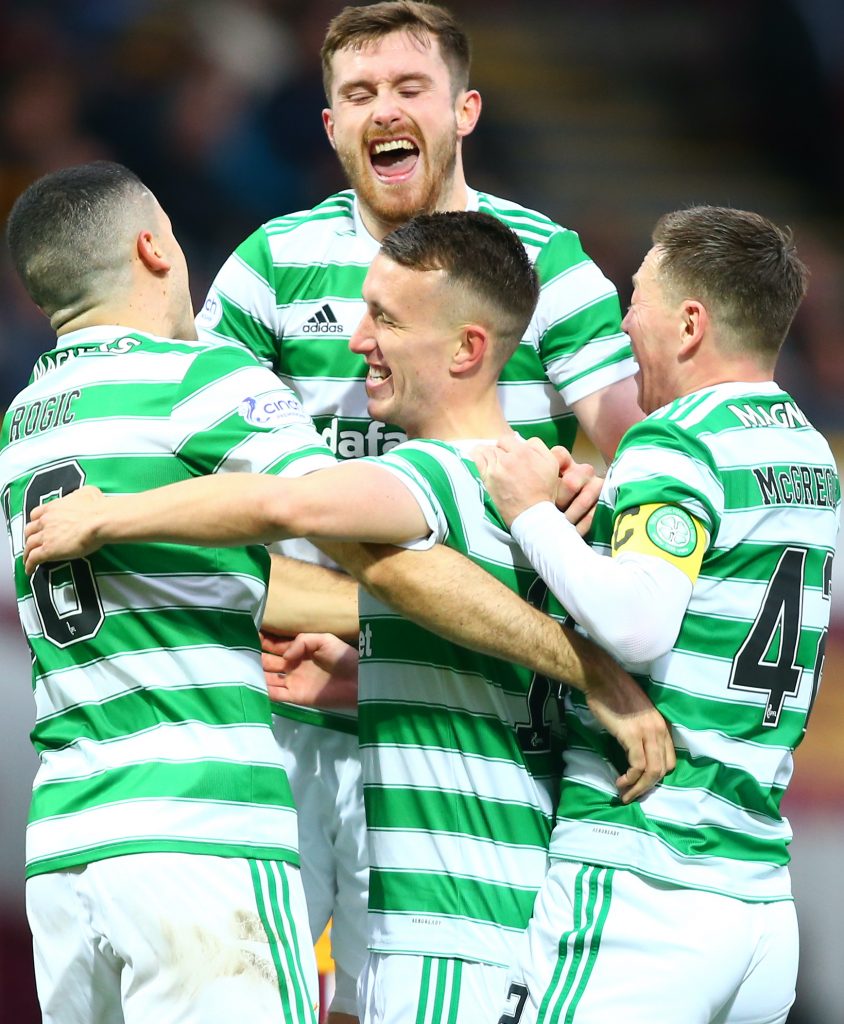 HOOP, HOOP, HOORAY…David Turnbull is congratulated by his delighted team-mates Tom Rogic, Anthony Ralston and Callum McGregor after his strike against Well.

“We managed to execute it really well and it paid off. It was a very good performance from us.

“And, personally, it’s up there with one of my best performances for Celtic.

“To be fair, I think I’ve turned in a few good ones – and they maybe sometimes go unnoticed a bit.

“But the Ferencvaros game was one where I certainly enjoyed myself. And I’m hoping for many more performances like that in the future.”

The energetic middle-of-the-park performer added: “Tracking back is an aspect of the game that I would say I’ve been working hard on for a few years now.

“Even when I was at Motherwell it was an area I was focusing on. There’s always areas you can improve and that was the one for me.

“Since I’ve come to Celtic, it’s something the coaches have tried to nail down with me, mentioning it every week.

“I think I’m doing okay on that front just now, so I need to keep it going.”

Turnbull has claimed seven goals – only four behind leading scorer Kyogo Furuhashi – and is looking to add to his tally on Tayside against James McPake’s side who were hammered 6-0 at Parkhead in August.

* DON’T miss the unbeatable match report and action images from Dundee v Celtic this afternoon – only in your champion CQN.