ANGE POSTECOGLOU is hoping for an action replay of the “massive buzz” he received from the Celtic fans even before the kick-off to the 6-0 win over Dundee at Parkhead on Sunday.

A crowd of 24,500 was allowed into the ground – the first time fans had been at a Premiership game at the stadium since a 5-0 victory over St Mirren on March 7 last year – and the new boss was clearly impressed by the rapturous reception.

And Postecoglou is eagerly anticipating some of the same in the Europa League qualifying return against Jablonec on Thursday night in the east end of Glasgow with his team already 4-2 ahead from the first game in the Czech Republic.

There is likely to be a capacity crowd for the tie and the manager, reflecting on the noise at the weekend, said: “It was a massive buzz. How could it not be? Right from the moment the buses arrived. 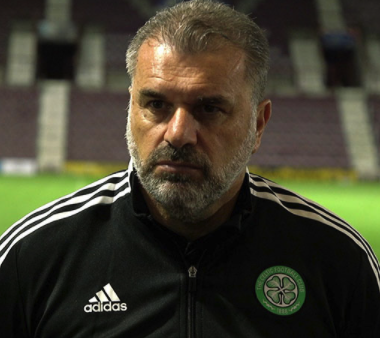 CALM BEFORE THE STORM…Ange Postecoglou is looking forward to being a big noise.

“Everyone I’ve spoken to has told me Thursday is going to be pretty special and I’m talking about people who have experienced some pretty unique atmospheres.

“I can see why. Every week we’ve been getting more and more in and it’s got louder and louder. The energy they bring is brilliant.

The former Australia international manager is refusing to take anything for granted with a play-off against Dutch side AZ Alkmaar awaiting the winners.

Postecoglou, speaking to Sky Sports, added: “Look, I didn’t buy into it too much in the first couple of weeks, when things were not going that well. I’m not getting carried away now. We’ve still got a long way to go.

“We have to play this kind of football on a consistent basis. We’re not going to win 6-0 every week. It might be 1-0, but we want to show that level of intent in every game.

“We’ve done that in previous games, but only for certain parts. In both Midtjylland games, the Hearts game, and again last midweek, we did it in bits. 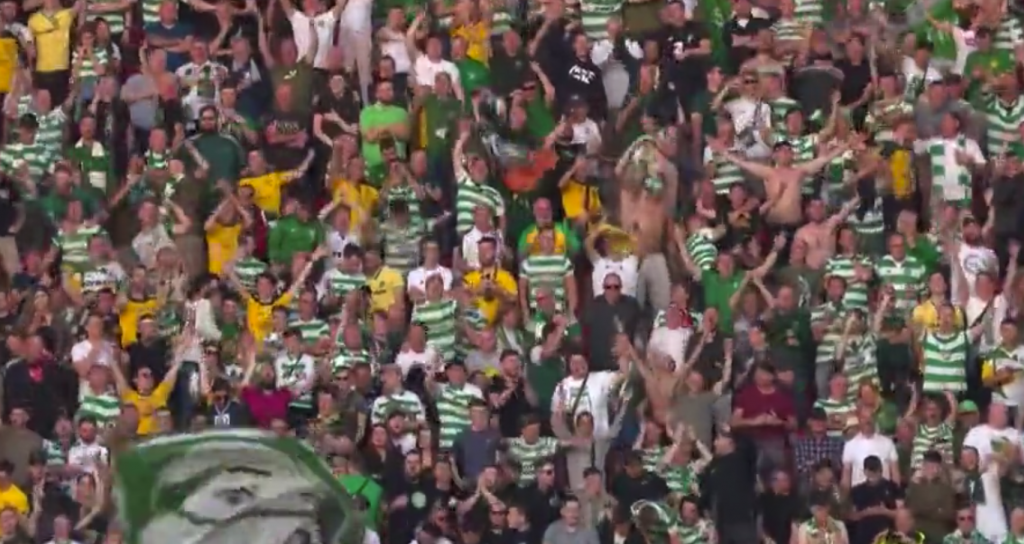 “For us to be the team I want us to be we need to do it consistently for 90 minutes and over a series of games. We’re nowhere near it yet.

“Thursday night is part of that. European football is very important to us. We’ve got ourselves into a good position and there’s going to be a packed house here.

“I can’t wait to feel the atmosphere and I’m sure the players are looking forward to it.

“It’s a good opportunity for us to keep the momentum going.”

Japanese striker Kyogo Furuhashi is hoping to continue his hot streak following his hat-trick against the Tayside club and his first Hoops goal in the Czech Republic when he slotted in the second after the tricky and dangerous winger Liel Abada had fired the team into the lead.

James Forrest and Ryan Christie completed the scoring after the interval.

Ten goals in two games, the Postecoglou jigsaw is coming together nicely.

Looks like the new gaffer could be a roaring success.