Celtic Quick News on News Now
You are at:Home»Match Report»CELTIC 0 HEARTS 0
By CQN Magazine on 26th September 2015 Match Report
ROD STEWART was in the Parkhead crowd, but this was anything but plain sailing for Celtic.
With Aberdeen losing again , this time by 2-1 at Inverness Caley Thistle, Ronny Deila’s men had the opportunity to cut the points gap at the top to two.
However, despite plenty possession and spending most of the game camped into the opposition’s half, they had to be content with a goalless stalemate and are now four points adrift of the Dons.
Making the afternoon even bleaker was the sending-off of Efe Ambrose in the last minute of added-on time when he brought down Sam Nicholson who had the chance to drive straight at Craig Gordon, unemployed for most of the encounter. 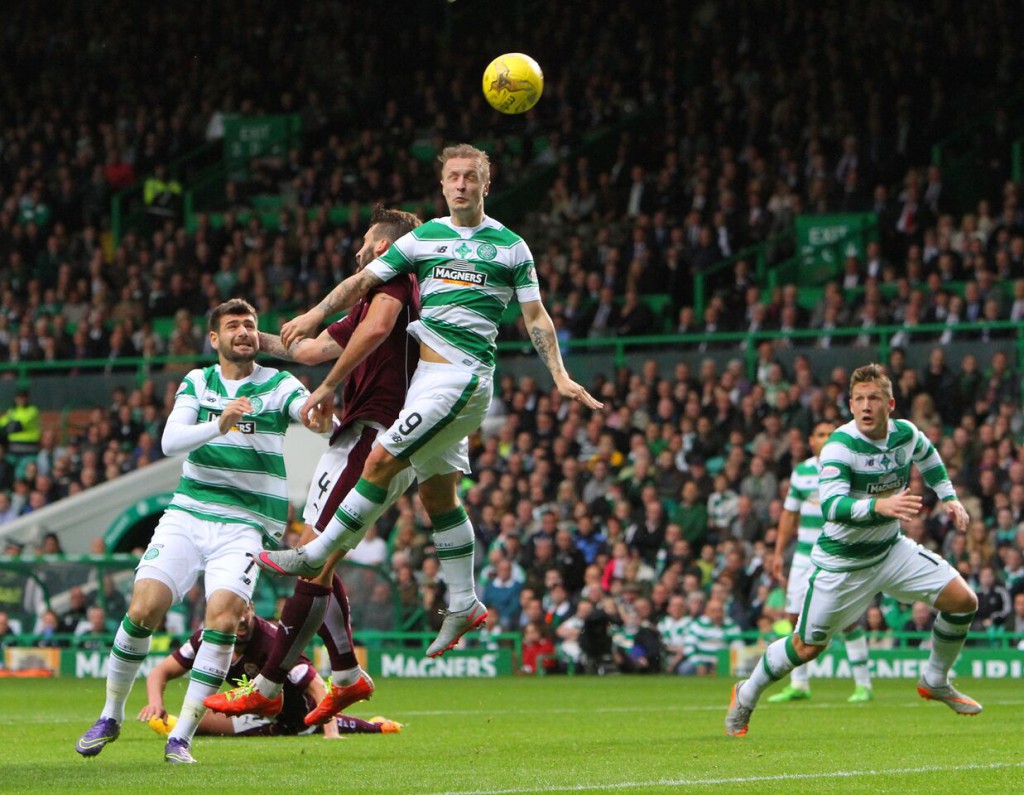 The Nigerian “took one for the team”, as they say nowadays, and Hearts had to be content with a free-kick 25 yards out which Callum Paterson hammered straight into the defensive wall.
If the Tynecastle side had somehow conjured up a winner it would have been an act of theft applauded by Dick Turpin.
Celtic pulverised the Hearts back lot throughout the first-half and, remarkably, had nothing to show for their considerable efforts.
The Edinburgh outfit looked neat and clever for the opening 10 minutes before they were repelled and shoved back by the relentless green-and-white tide.
Leigh Griffiths gave a hint of things to come Neil Alexander’s way in the eighth minute when he fired in a vicious free-kick. The keeper did well to get across his goal, get two hands to the blistering effort and beat it away to safety.
In the 17th minute, it was James Forrest’s turn to put pressure on Alexander and he was right out of luck with a spectacular volley. The Hoops moved the ball forward at pace and Kris Commons and Griffiths combined to set up the opportunity for the winger.
Forrest made a perfect connection and his swerving attempt completely bamboozled the goalie before slamming against the inside of the upright, rolling along the goal-line and then harmlessly round the post.
Four minutes later, Tom Rogic should have broken the deadlock. Forrest played in the Aussie international and a goal looked a certainty, but, inexplicably, the in-form midfielder missed the target with his finishing effort. It looked impossible not to make Alexander work.
The champions rolled forward in a controlled fashion and next up was Griffiths with a header, but that was wayward and went wide.
In the 26th minute, Hearts defender Blazej Augustyn mistimed a clearance and the ball drifted to Griffiths, a real livewire, but his weak header was straight into the gloves of the thankful Alexander. It would be fair to say the Edinburgh side’s goal was leading a charmed life throughout the opening 45 minutes.
Mikael Lustig, on the right, and Forrest, on the opposite wing, kept up a steady flow of crosses into the danger zone, but, frustratingly, nothing was being put in the net where it mattered. Emilio Izaguirre joined in during the second-half, but the Honduran, a two-goal marksman against Dundee last week, was wasteful in the extreme.
And it was the same story after the interval with Celtic dominating, but somehow failing to convert their vast superiority into goals. 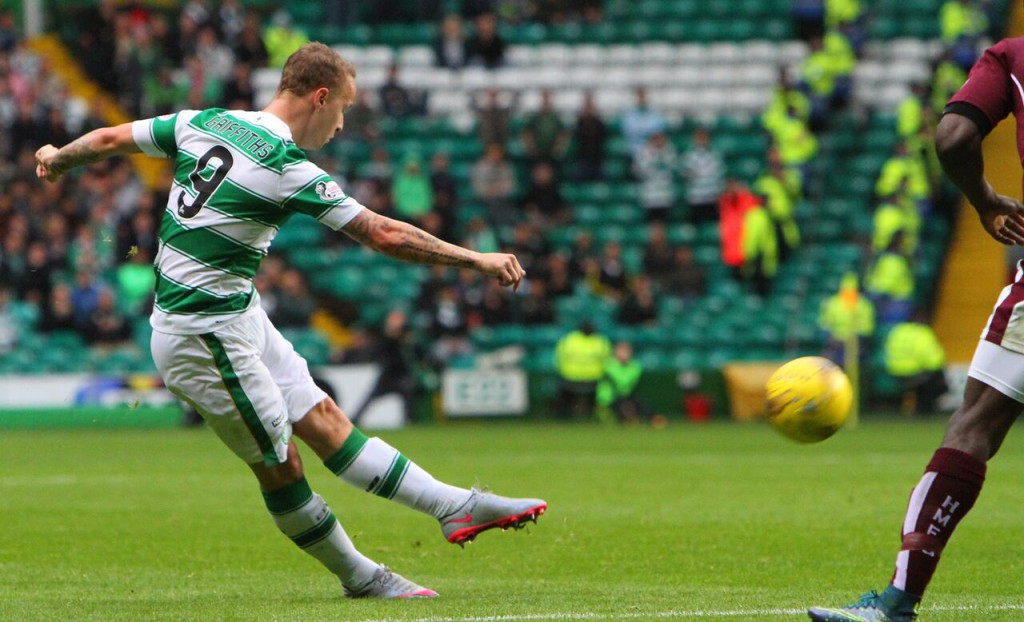 Hearts boss Robbie Neilson showed he was happy with a point when he made a change by taking off striker Osman Sow and putting on holding midfielder Prince Bueben. He obviously believed a point at Parkhead was a point one and not two surrendered.
Scott Brown charged forward before having a go from 25 yards, but his attempt lacked accuracy. Forrest set up Commons and his final shot was blocked.
Brown passed inside to Bitton who had a shot deflected to Griffiths who blazed wide.
Nadir Ciftci was thrown on for the toiling Rogic in the 75th minute, but produced little by way of a threat. He still looks well short of match fitness.
Griffiths had the ball in the net in the fading moments, but the match official had no hesitation in ruling it out for offside.
Then came Ambrose’s red card and Kevin Clancy’s final whistle to bring down the curtain on a frustrating afternoon in the east end of Glasgow.
A similar display against Fenerbahce in the Europa League on Thursday will undoubtedly prove to be disastrous. There could be a lot of shooting practice ahead for the Celtic frontmen and midfielders in the forthcoming days.
TEAM: Gordon; Lustig, Ambrose, Boyata, Izaguirre; Brown, Bitton; Commons, Rogic (sub: Ciftci 75), Forrest; Griffiths.
Click Here for Comments >
Share. Twitter Facebook Google+ Pinterest LinkedIn Tumblr Email
Previous ArticleCeltic v Hearts, Live updates
Next Article Stalemate leaves Ronny ‘irritated’