Celtic Quick News on News Now
You are at:Home»Match Report»CELTIC 2 ROSS COUNTY 0
By CQN Magazine on 13th February 2016 Match Report
LEIGH GRIFFITHS hit the 30-goal mark as Celtic overcame Highland opposition to move three points clear of Aberdeen at the top of the Premiership.
The lethal hitman had squandered a couple of first-half opportunities before he made it third time lucky to break County’s resistance just on the half-time whistle. 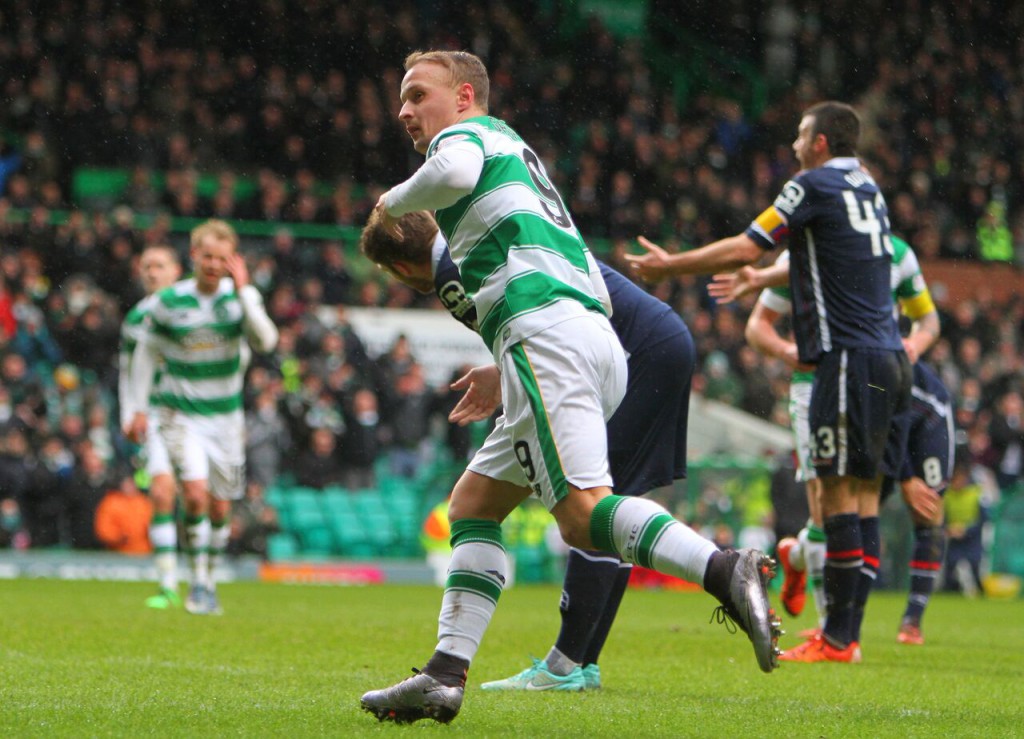 And the points were safe when Dedryck Boyata headed in a Stuart Armstrong cross just before the hour mark. It may not have been the champions’ most impressive display of the campaign, but a victory was imperative and Griffiths and Boyata delivered.
The Hoops started off at a ferocious pace, just as they had done at Hampden a fortnight ago against the same opponents when Gary Mackay-Steven opened the scoring in 27 seconds in the League Cup semi-final.
However, there was to be no immediate reward on this occasion. Griffiths had an excellent opportunity in the second minute after great work on the left flank by Keiran Tierney.
But the normally-clinical frontman took too long to make up his mind and his shot was blocked for a corner. Mikeal Lustig headed past as the Ross defenders breathed a sigh of relief.
In the 10th minute, it was Mackay-Steven’s turn to come close to breaking the barrier. He zipped in a shot that looked certain to hit the net, but ex-Hoops rookie keeper Scott Fox got down well to his left to push the ball away for another corner-kick. 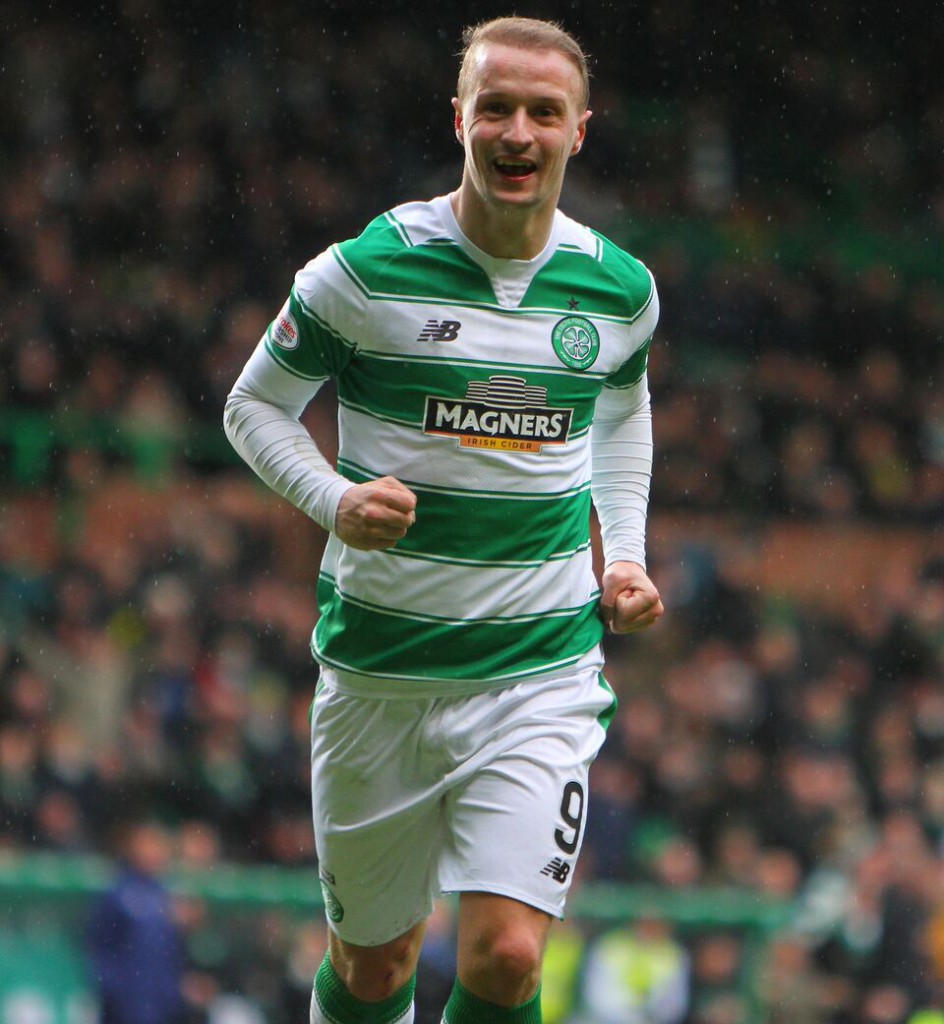 Within 60 seconds, though, Celtic were given a reminder of how dangerous the Highlanders could be on the breakaway. Jackson Irvine, another ex-Celt in County’s ranks, fired in a drive from the edge of the box that slid just wide of the upright.
The pace slackened, but Armstrong might have scored with an acrobatic effort after another right-wing delivery from Lustig. Unfortunately, his effort was diverted by a defender for another corner-kick that came to nothing.
Griffiths looked an absolute certainty to open the scoring in the 34th-minute when he latched onto a pass, rounded the exposed Fox and, with acres of space, had time to knock the ball over the line. Remarkably, he clattered the ball off the near post and the rebound bounced into the grateful arms of the keeper.
The Hoops support was beginning to wonder if it was going to be one of those days when, thankfully, Griffiths came up with the answer to soothe their nerves.
The game was heading for a goalless first-half when the goal machine at last clicked into deadly action. The ball dropped at his trusty left foot and he didn’t hesitate on this occasion as he rifled a drive angled low across the stranded Fox and into the far corner. He then raced off to blow kisses to the celebrating – and relieved – fans.
Three minutes into the second-half, Stefan Johansen, who looked to be struggling, picked out the rampaging Mackay-Steven, but he lost his composure at the vital moment of impact and sent the ball sailing harmlessly over the crossbar.
Johansen emphasised his lack of a subtle touch on another occasion when he was given an opportunity, but curled an effort wildly over the bar with Fox motionless. 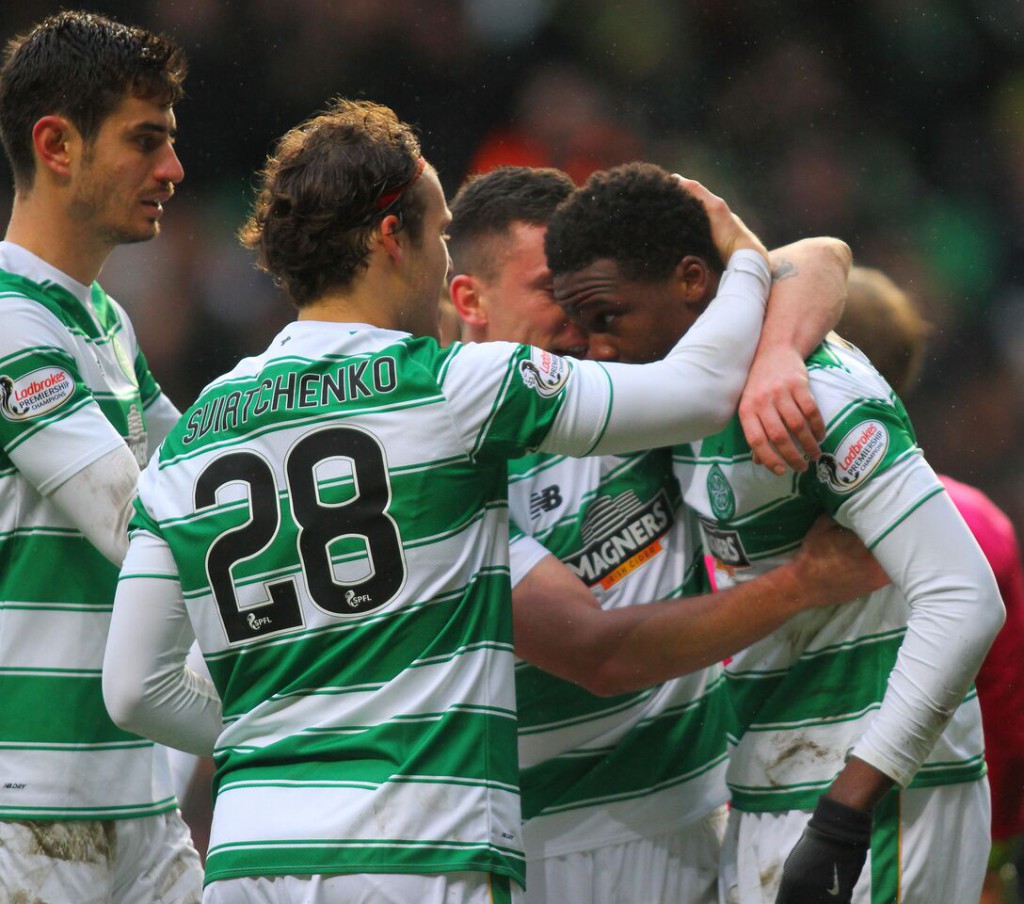 However, it was all over in the 57th minute when Armstrong found fabulous accuracy with a cross from the touchline. Central defender Boyata arrived at the back post with absolutely perfect timing and thumped a header into the roof of the net.
Erik Sviatchenko should have matched his defensive partner’s effort late on when he was unguarded at the back post, but the Dane tamely headed wide of the upright. He should have hit the target, at least.
No-one was complaining at the end of the day, though, after a victory that could help push Celtic all the way towards that magnificent fifth-in-a-row title success.
There was a special round of applause when Griffiths was taken off 11 minutes from time and new Bhoy Colin Kazim-Richards made his first appearance in the east end of Glasgow. There wasn’t time for him to open his account, but the powerful attacker still looks as though he has goals in him.
Watch this space!
TEAM: Gordon; Lustig, Boyata, Sviatchenko, Tierney; Brown, Bitton; Mackay-Steven, Johansen (sub: Rogic 76), Armstrong (sub: Forrest 84); Griffiths (sub: Kazim-Richards 79).
———————————————-
CQN SPECIAL OFFER!
We have reduced the price of a selection of our Celtic books on CQNBookstore.com