Celtic Quick News on News Now
You are at:Home»Match Report»CELTIC 2 STJARNAN 0
By CQN Magazine on 15th July 2015 Match Report
DEDRYCK BOYATA scored on his competitive debut for Celtic at beautiful Paradise tonight – just like Jason Denayer did last season.
The centre-half has been brought in from Manchester City to replace his fellow-Belgian and he showed against the Icelandic champions he could emulate anything Denayer could do.
Denayer netted in a 6-1 rout against Dundee United after being introduced to the Hoops fans last August.
Boyata’s first goal as a Celtic player didn’t exactly open the floodgates and there is still work to be done before Ronny Deila’s men can look forward to a place in the next qualifying tie.
They take a two-goal lead to Iceland next week after Stefan Johansen added a second in 56 minutes. They might have had a three-goal cushion had substitute Leigh Griffiths converted a penalty-kick 16 minutes from time.
Gary Mackay-Steven – named in Deila’s original line-up – but felt something in his groin in the warm-up and was replaced by James Forrest, but he had a disappointing night before making way for Griffiths early in the second-half. 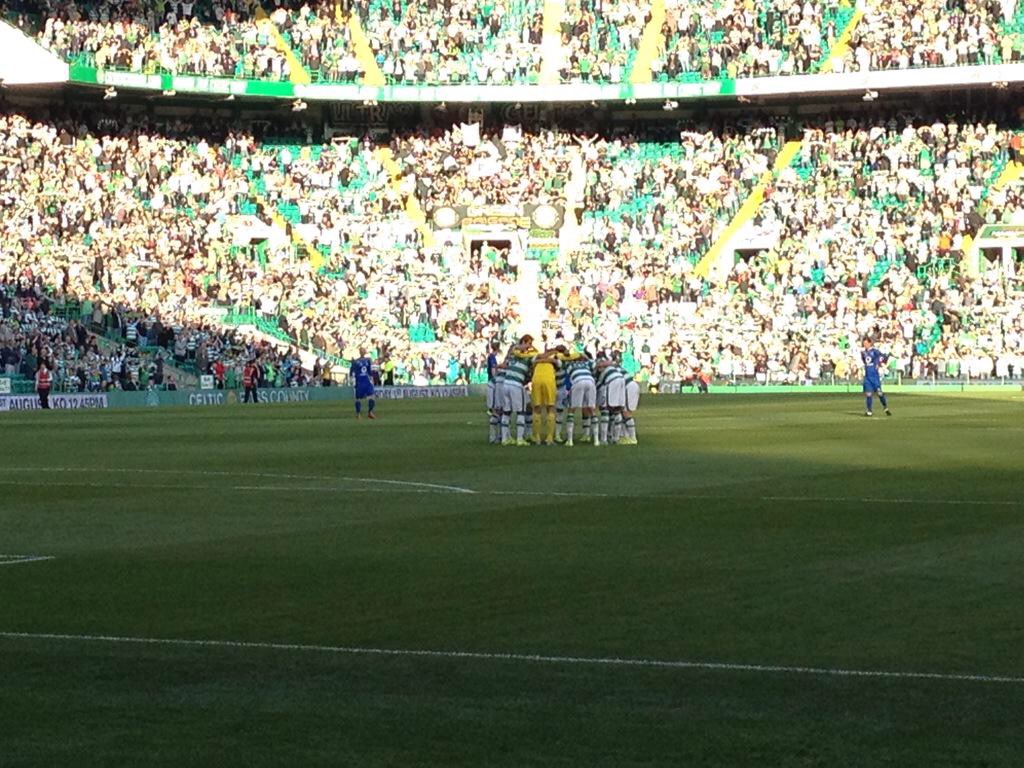 Goalkeeper Gunnar Neilsen was in immense form and twice thwarted the eager to please Nadir Ciftci inside the first half-hour.
Then Stuart Armstrong sprung the offside line to race onto a Johansen through ball, but the midfielder was also denied by the former Motherwell No.1.
However, his defiance was broken just before the interval when Johansen picked out Boyata at the back post and the central defender headed down and into the net.
It was natural to expect a Celtic rout from here. Stjarnan beat Motherwell and Lech Poznan last season before sliding to a 9-0 aggregate defeat to Inter Milan, Celtic’s eventual conquerors in the Europa League.Charlie Mulgrew came close to adding a second with a header before Johansen managed the feat in 56 minutes.
Armstrong cut in from the left and rolled a pass into the path of the Norwegian who prodded home past Neilsen.
Against a team of part-timers the latter stages offered the promise of more goals. There were fresh legs in Griffiths and Anthony Stokes, a replacement for Ciftci in 73 minutes.The Hoops were awarded a penalty kick when Johansen was pushed over by Arnason as he tried to collect a Scott Brown flick.

However, Griffiths squandered the opportunity with an effort at a good height for Neilsen to make a fine sprawling save. The argument about who would take the spot kick, similar to the debate in March’s League Cup Final between James Forrest and John Guidetti resulting in Forrest winning the argument and missing the penalty. We really need to sort this out!