Celtic Quick News on News Now
You are at:Home»Match Report»CELTIC 5 DUNDEE UNITED 0
By CQN Magazine on 25th October 2015 Match Report
KRIS COMMONS was the big noise as Celtic bounced back from their misery in Molde by destroying Dundee United at Parkhead.
The midfielder, forced to apologise after his verbal spat with the backroom staff after being substituted in the 3-1 Europa League flop in Norway on Thursday, netted twice against the Tannadice outfit as Ronny Deila’s men stretched their lead at the top to four points. 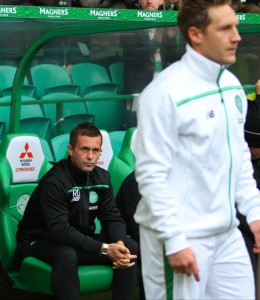 The champions had already swept into a two-goal lead with efforts from Leigh Griffiths and Dedryck Boyata before Commons hammered in a penalty-kick just before the interval.
The former Scotland international claimed another eight minutes after the turnaround with a whizzbang effort before skipper Scott Brown scored with a deflected shot in the fading moments.
United, with new boss Mixu Paatelianen in charge for the second game, were thrashed at the same ground where the Hoops won 6-1 in the corresponding fixture last season.
Deila reshuffled his back four with Croatian central defender Jozo Simunovic making only his second appearance and his home league debut after recovering from injury.
Eighteen-year-old left-back Kieran Tierney took over from Emilio Izaguirre while Efe Ambrose switched to right-back to replace Mikael Lustig. Nir Bitton dropped out of midfield with Gary Mackay-Steven coming in.

Carlton Cole, the 31-year-old former West Ham striker who signed for the Hoops until 2017 on Thursday, was introduced to the crowd before the match. He then took his seat in the stand and watched his new team dominate completely. 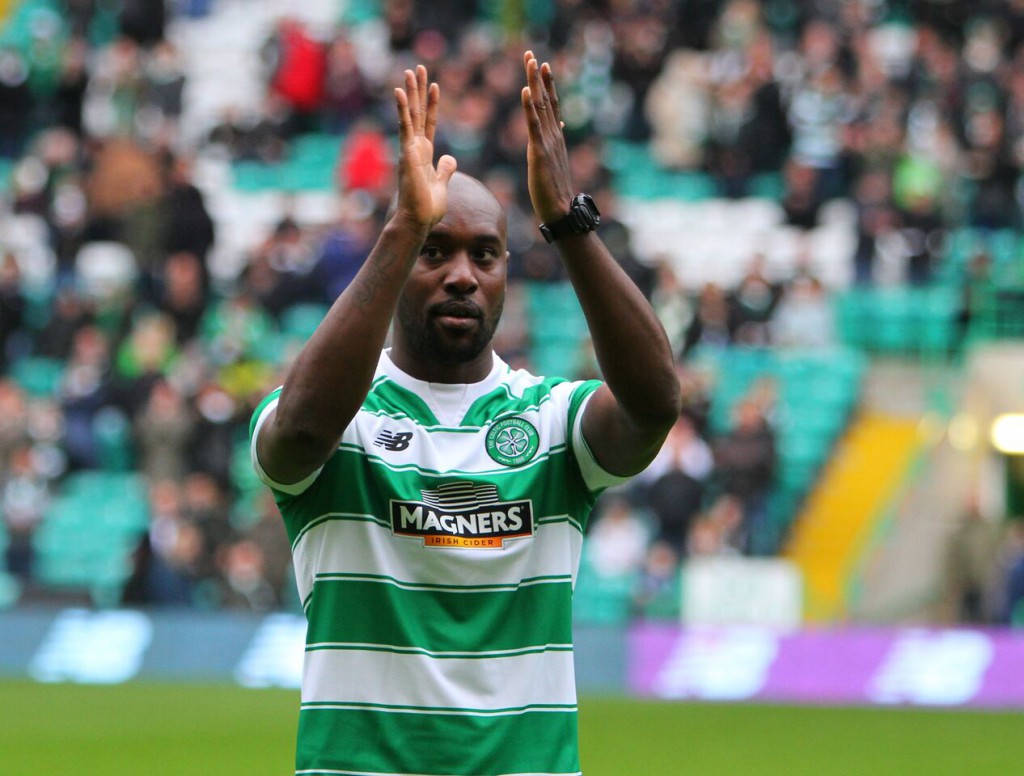 Early efforts from Commons, given a huge cheer by Celtic fans when his name was read out before the match, and former United midfielder Stuart Armstrong, set the scene.

Both players then had shots saved by United keeper Luis Zwick before Simunovic sent a drive inches wide of the far post.

The United keeper, however, did not look too clever at Griffiths’ goal when coming off his line to cut out Brown’s through ball.

The Scotland striker nipped in front of him and from the tightest of angles turned the ball into the net with a neat finish for his 13th goal of the campaign. Lucky for some!

Griffiths forced a save from Zwick with a long-range drive but five minutes before the interval the keeper had no chance when Boyata powered in a close-range header from an Armstrong free-kick. 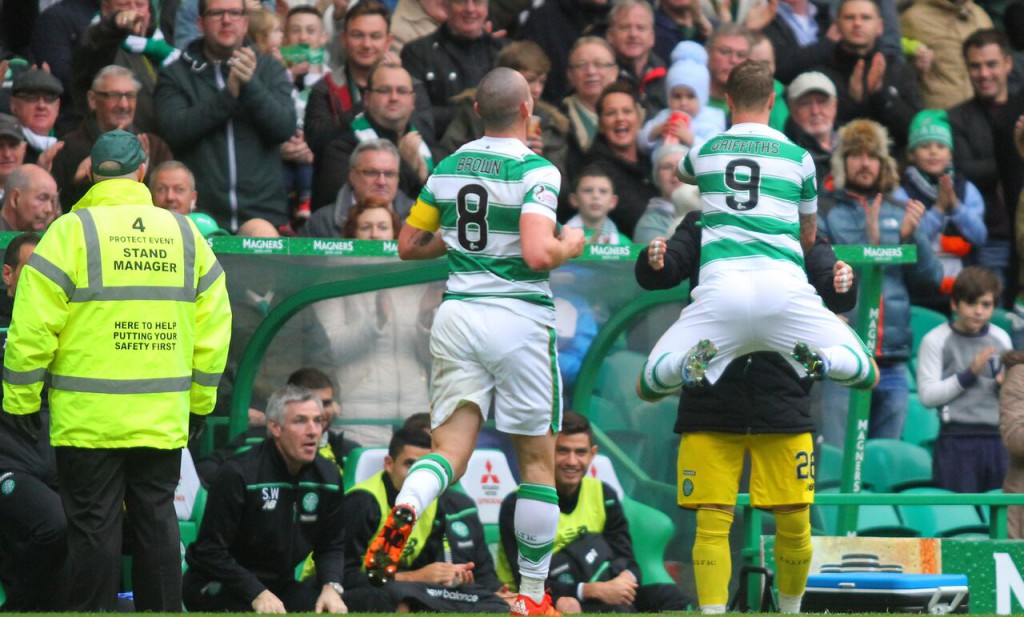 Just before the interval, Tierney was fouled in the box by Scott Fraser and Commons rattled in the resultant penalty-kick.

Seconds after the restart Zwick pushed a 20-yard drive from Mackay-Steven on to the woodwork before Armstrong slashed one wide of the post from 10 yards.

The fourth goal came after United failed to deal properly with Commons’ corner, the ball coming back out to him before he side-stepped John Rankin and hammered a shot high past Zwick.

There was a nice touch, well appreciated by the fans, when Commons gave Deila a hug after being replaced by Tom Rogic as Nadir Ciftci came on for Griffiths.