Celtic Quick News on News Now
You are at:Home»Match Report»EAST KILBRIDE 0 CELTIC 2
By CQN Magazine on 7th February 2016 Match Report
THE anticipated and predicted goal avalanche never materialised, but Celtic’s main objective to each the quarter-finals of the Scottish Cup was achieved against the gallant part-timers of East Kilbride at Airdie’s Excelsior Stadium this afternoon. 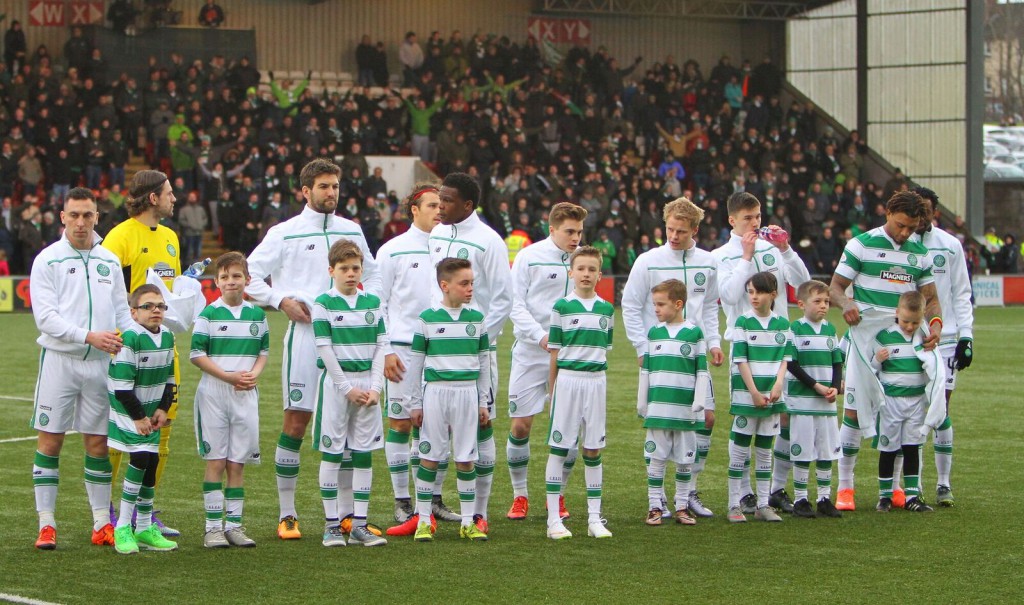 There were a few reasons for the scoreline remaining at a mere two goals for the Hoops – one was the virtual walking-pace football that suited the Lowland League team.
The other was the inspired form of goalkeeper Matt McGinley, who put in a Man-of-the-Match performance against his boyhood favourites which was allied with the all-round commendable effort of his team-mates.
McGinley made a fabulous save from Erik Sviatchenko in only five minutes and pulled off several more as the game wore on. Certainly, he had no chance with the two that were tucked behind him by Leigh Griffiths and Colin Karim-Richards, starting his first game since signing from Feyenoord last week. 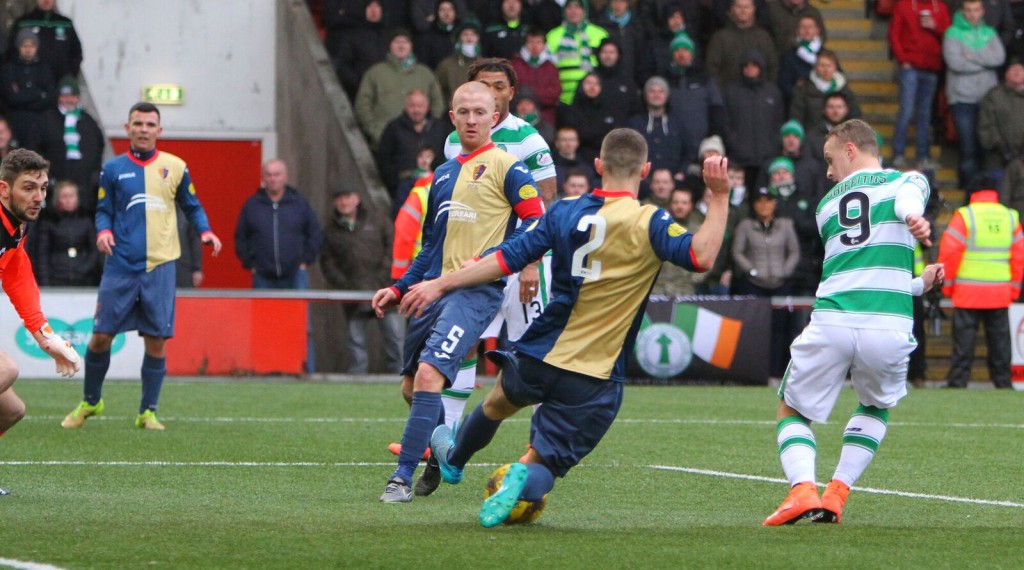 In fact, the underdogs could claim they were just a little unfortunate to go in trailing by a goal at the interval. There seemed little doubt that Griffiths handled the ball before touching home his 29th effort of the season. Equally, there can be no argument that the ball hit his hand rather than the other way around.
It took fully 20 minutes before Ronny Deila’s men claimed the breakthrough goal and it came from their fourth corner of the encounter.
Gary Mackay-Steven swung in a wicked right-wing effort that enticed McGinley from his goal-line. Sviatchenko dived in determinedly and the ball made its way to Dedryck Boyata who headed goalwards.
It came off the hand of Griffiths, but he didn’t hesitate as he swivelled a yard from goal and knocked the ball over the line.
To be fair, the East Kilbride players didn’t protest and referee George Salmond immediately signalled that he thought it was a legitimate strike. 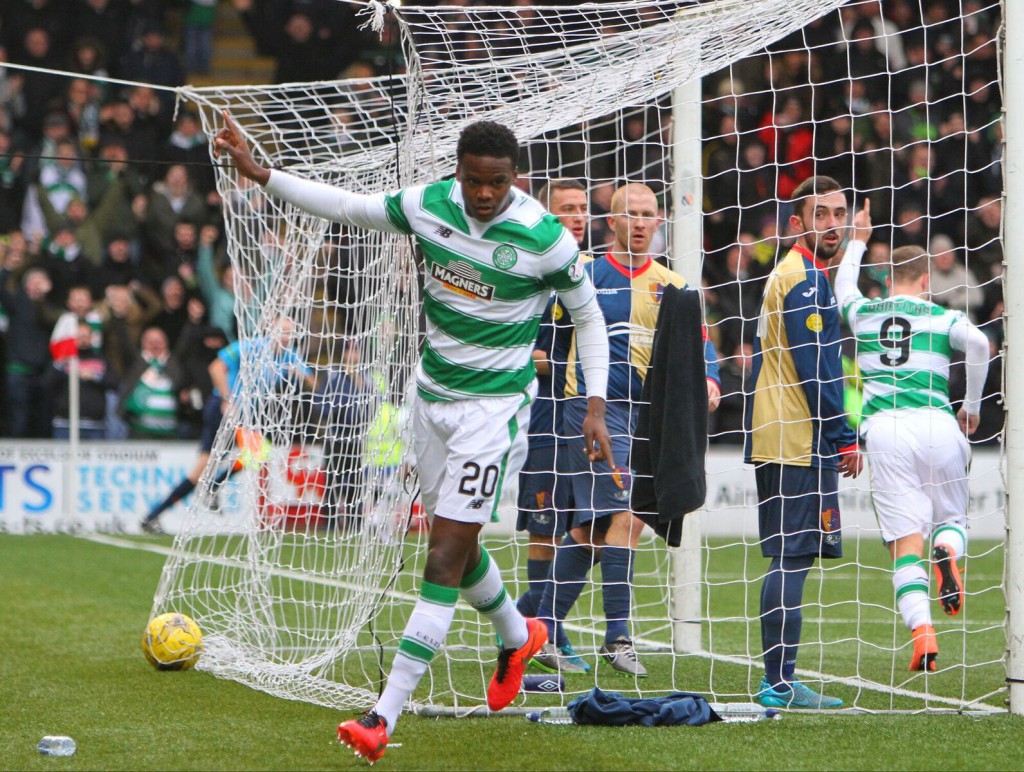 Celtic almost added a second only a handful of minutes later when comeback Bhoy Charlie Mulgrew threaded a pass through the rearguard, but James Forrest’s timing was out and the chance was lost.
Sviatchenko, determined to celebrate a Hoops success at the third time of asking, was just out with a header from another Mackay-Steven corner-kick and, in the 27th minute, Forrest blazed in a 16-yarder which was superbly parried by the flying keeper.
Two minutes later, Griffiths was poised to claim his 30th of the season, but the unfortunate Efe Ambrose, playing at right-back with Mikael Lustig rested, managed to get in the way to thwart him.
Mackay-Steven curled in a right-wing cross and Griffiths was perfectly placed and unguarded at the far post. However, Ambrose got up before him and the ball flicked off the top of his head to safety.
In the 39th minute, Gavin Lauchlan and McGinley combined to deny Griffiths after the livewire hitman had drifted nonchalantly past two defenders with delicate ease. However, the efforts of the keeper and his defender made certain he didn’t get the opportunity to pull the trigger.
Three minutes from the interval, McGinley made another exceptional save as Mackay-Steven drilled in a cross from Kieran Tierney, who put in another lung-bursting shift on the left touchline. 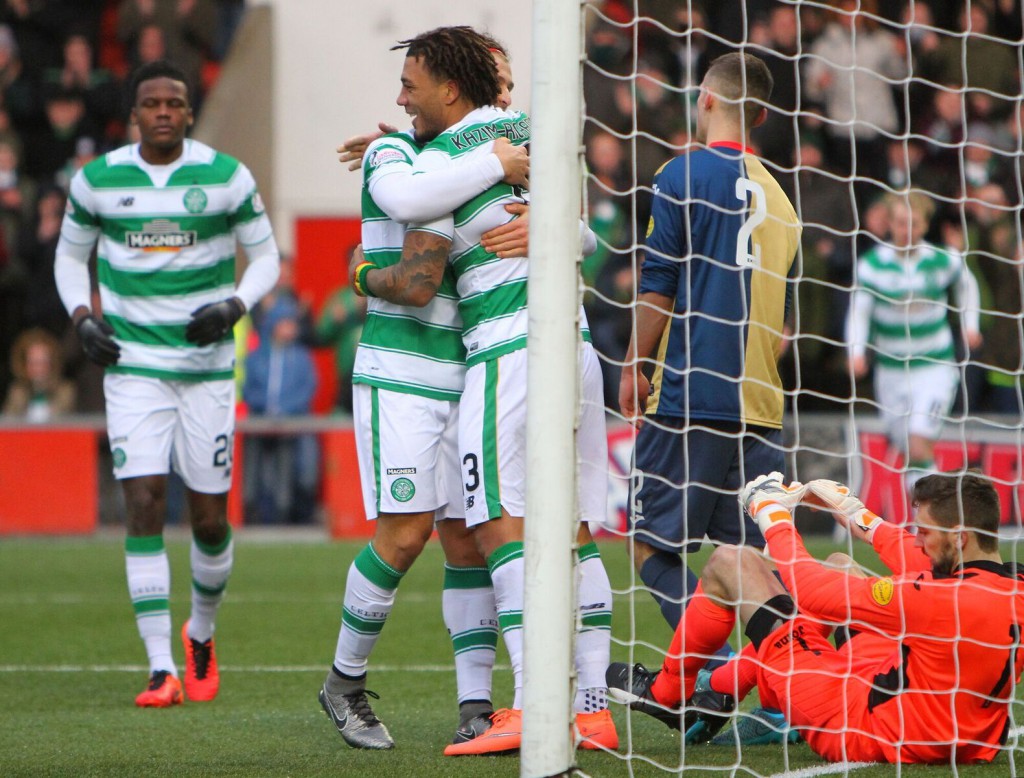 Shortly after the turnaround, Sviatchenko showed the style of a top-class marksman as he took a Mackay-Steven cross on his chest, but his volley raged just over the crossbar.
Amazingly, after 50 minutes, Celtic had clocked up 13 corners and that was the one that proved to be unlucky for their battling opponents, who were promised £5,000-per-man if they pulled off the most sensational result in the history of the tournament.
Mackay-Steven again swung it in, Sviatchenko got a touch and it fell to Griffiths who produced an acrobatic scissors-kick to blitz the ball towards the net.
It was blocked on the line by a desperate defender and fell perfectly for Kazim-Richards to knock home from two yards.
Neither Kazim-Richards nor Griffiths would claim their goals were classics, but they got the job done and Deila’s men have stopped the rot after the back-to-back defeats from Ross County and Aberdeen.
The last time they lost three domestic games on the trot was back in 1994, but that was never likely to happen on this occasion.
There were other times when Celtic could – and probably should – have added to the tally. Scott Brown curled in an exquisite drive from the edge of the box that left McGinley stranded, but the ball cannoned off the post and bounced away. 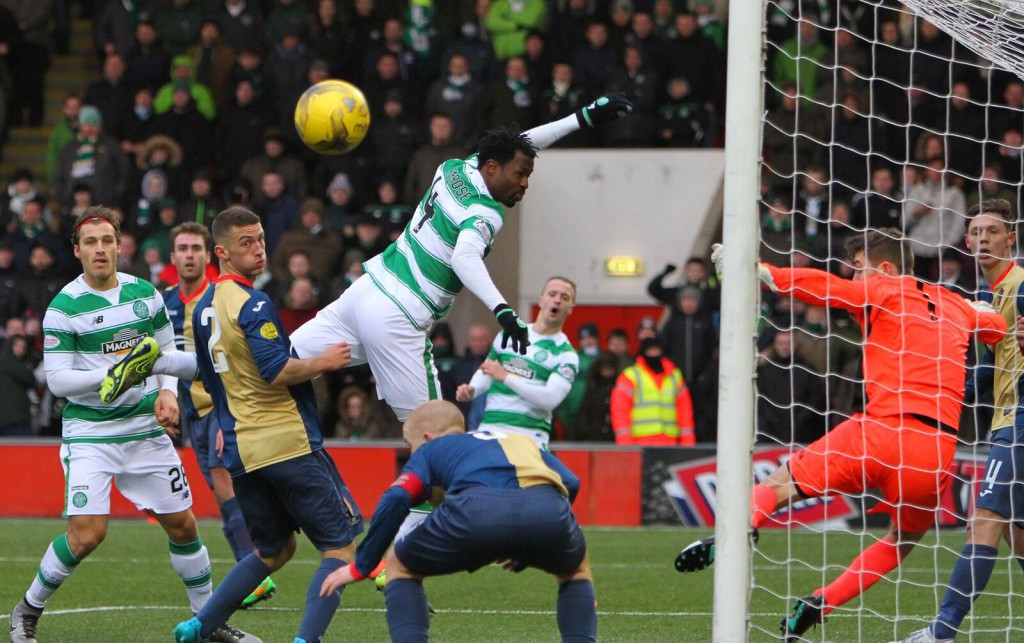 Craig Howie hit the same post with a wild clearance after Kazim-Richards sent in a neat cross from the right. And McGinley continued a superlative performance with a diving save from a Kazim-Richards header.
The Turkish international was adjudged to have been marginally offside, but that didn’t take away from the excellence of the shotstopper.
It took until the 72nd minute for the minnows to have a shot on goal, but Jack Smith’s 18-yard effort was gobbled up by Logan Bailly, starting his third game of the campaign.
Massive credit must go to East Kilbride for a disciplined display, but it’s Celtic’s name that will go into tomorrow night’s Scottish Cup draw at Hampden which will be assisted by Hoops hero Lubomir Moravcik.
How Celtic could have done with the little Slovakian’s magic on a cold February afternoon against willing opponents on the artificial surface of Airdrie’s stadium.
TEAM: Bailly; Ambrose, Boyata, Sviatchenko, Tierney; Mackay-Steven (sub: Allan 68), Brown, Mulgrew (sub: Bitton 77), Forrest; Kazim-Richards, Griffiths (sub: Christie 80). 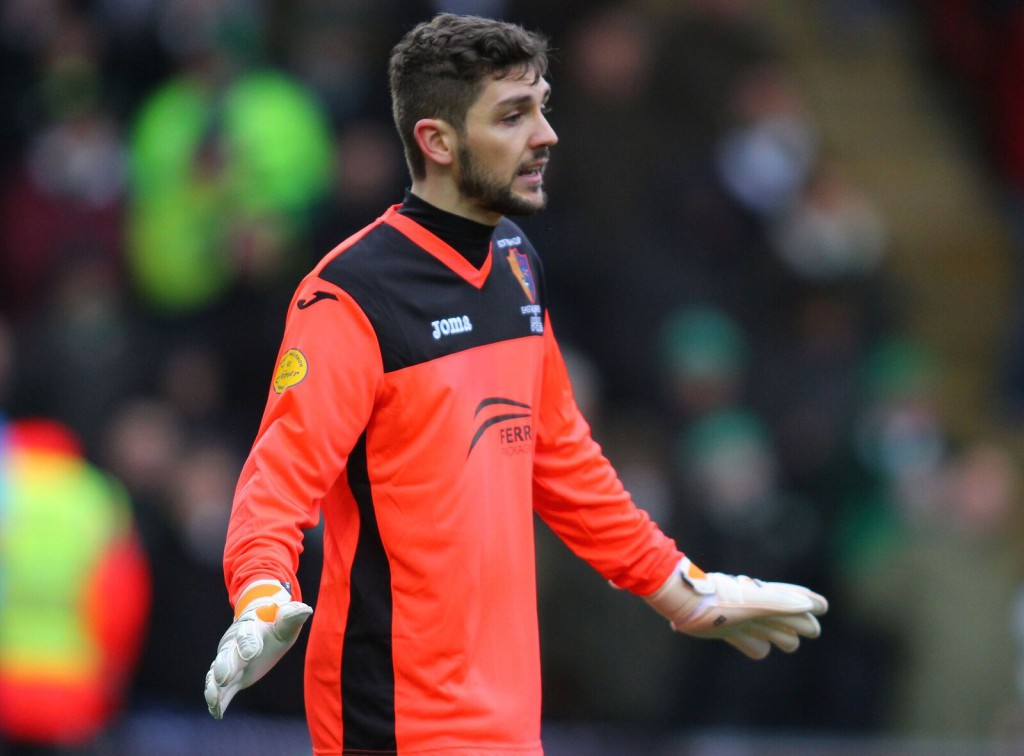