RONNY DEILA is still on course to retain the first piece of silveware he picked up as Celtic manager after a hard-fought League Cup quarter-final at Tynecastle last night. 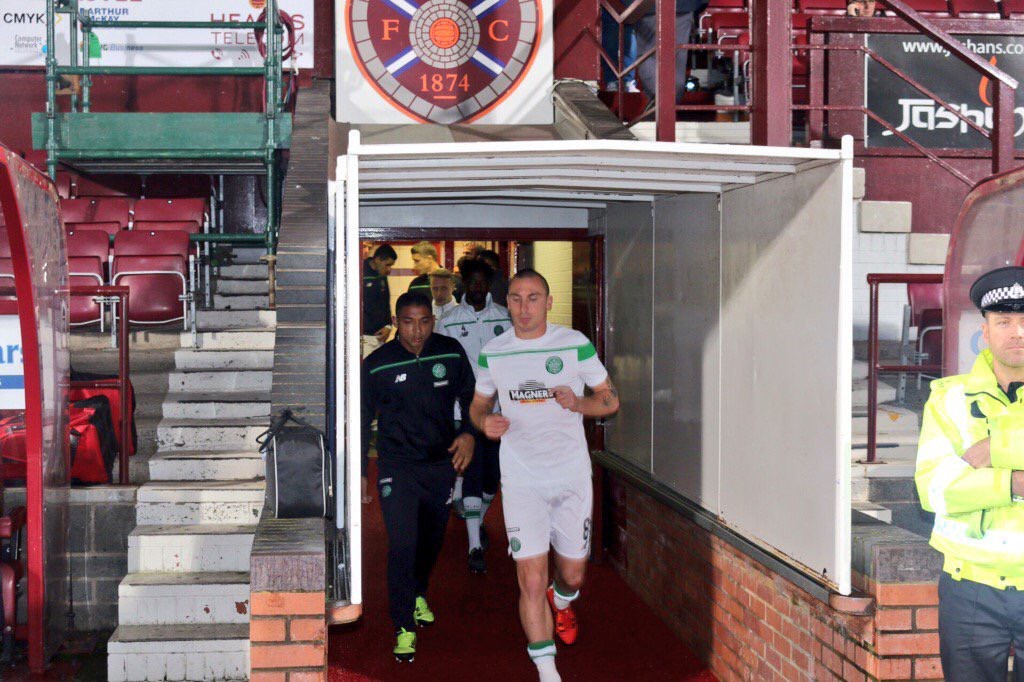 The Norwegian realised it was going to be a fierce encounter against a Hearts side who had forced a goalless draw in Glasgow last month.
However, Leigh Griffiths claimed the breakthrough goal in the 72nd minute and substitute Tom Rogic, on for James Forrest, doubled that advantage 10 minutes later.

Griffiths embarked on a spectacular solo run before flashing a low drive into the net and, possibly understandably, went slightly overboard in his celebrations. He was booked for his exuberance.

That didn’t prevent the former Hibs frontman from having a major say on the outcome and, after some fine lead-up work, he knocked the ball to Rogic and the Aussie international provided the killer touch from close range.

The Edinburgh side did get a consolation goal through Belgian Arnaud Djoum deep in stoppage time, but by the end it was too late to damage the Hoops’ progress towards the semi-finals.

Celtic were dealt a blow even before the kick-off when skipper Scott Brown limped off after the warm-up. It meant a swift rejig and Stefan Johansen switched to the captain’s role, Forrest came in to play wide right and Commons took over the central role. 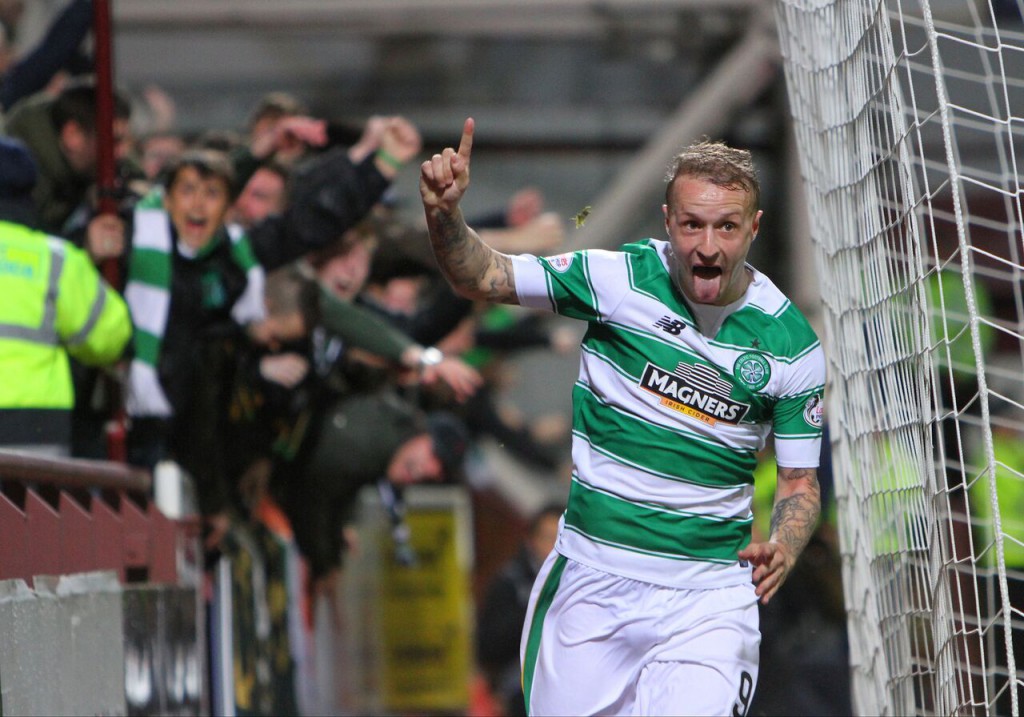 Ironically, it was the lively Forrest who came closest to opening the scoring in the early moments when he had an effort cleared by a frantic defender. Griffiths, always menacing, followed that up with a header that zipped wide of the upright with keeper Neil Alexander looking relieved.

Stuart Armstrong was off target with a speculative effort and the former Dundee United midfielder then had a fresh air swipe at an opportunity where he might have done a lot better with a little more composure.

Rogic replaced Forrest on the hour mark and, eager to make an early contribution, drilled in a drive that carried over the bar.

Kris Commons was also off target with a shot from outside the box and the midfielder tried to find his range. Celtic had the bulk of the possession and there was a lot of passing around the middle of the park, but there were precious few openings.

Griffiths was making himself available for passes, but the Hearts defenders were closing down very quickly and making life difficult for the Hoops’ most potent marksman.

However, he demonstrated his killer instinct when he edged away from his marker, ducked away from another challenge, took aim and curled a magnificent effort wide of the helpless Alexander for the all-important opening goal 18 minutes from time. 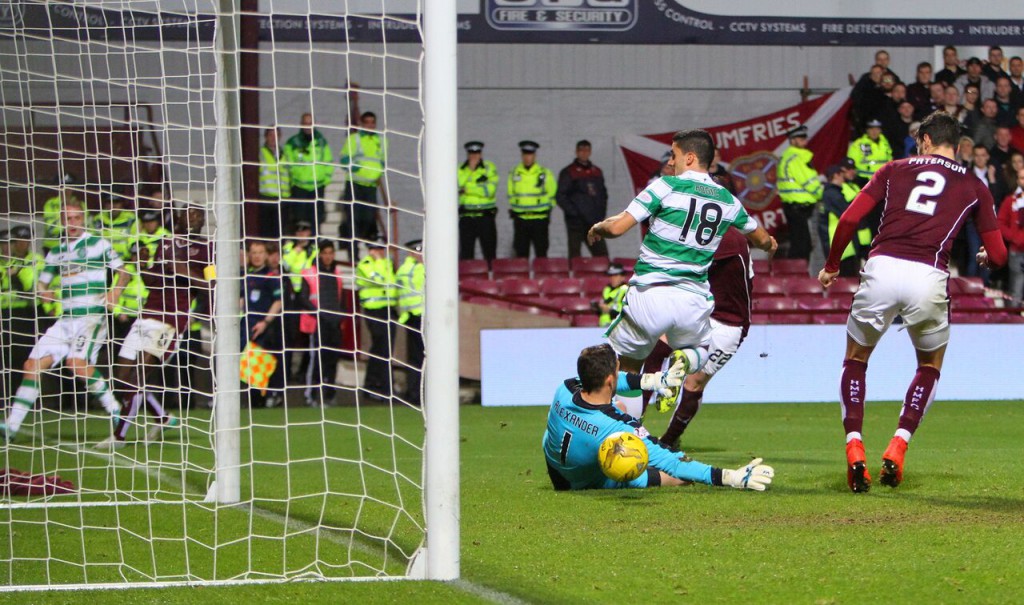 That changed the dynamics of the game and the Edinburgh men were forced to play some more adventurous football further up the park.

He may have picked up a yellow card, but Griffiths was hardly knocked out of his stride as he continued to race at the Edinburgh rearguard.

Nine minutes from time, he hit the bye-line and sizzled over a cross that Rogic turned in from close range. Really, that was game over despite the late score when Djoum stuck one past Craig Gordon.

Griffiths went off seven minutes time to a rousing round of applause from the Celtic supporters. Nadir Ciftci came on in his place.

The holders will join Ross County, St Johnstone and Hibs or Dundee United – who meet at Easter Road a week tonight – in the semi-final draw on Monday, November 9.