Celtic Quick News on News Now
You are at:Home»Match Report»ST JOHNSTONE 0 CELTIC 3
By CQN Magazine on 13th December 2015 Match Report
SOMETHING incredible happened in Perth this afternoon. Nadir Ciftci managed to score two goals in just over an hour to match his previous total after 18 Celtic appearances.
Suddenly, following taking all sorts of flak from so many different angles, the £1.3million striker from Dundee United in the summer looked a genuine penalty box threat. 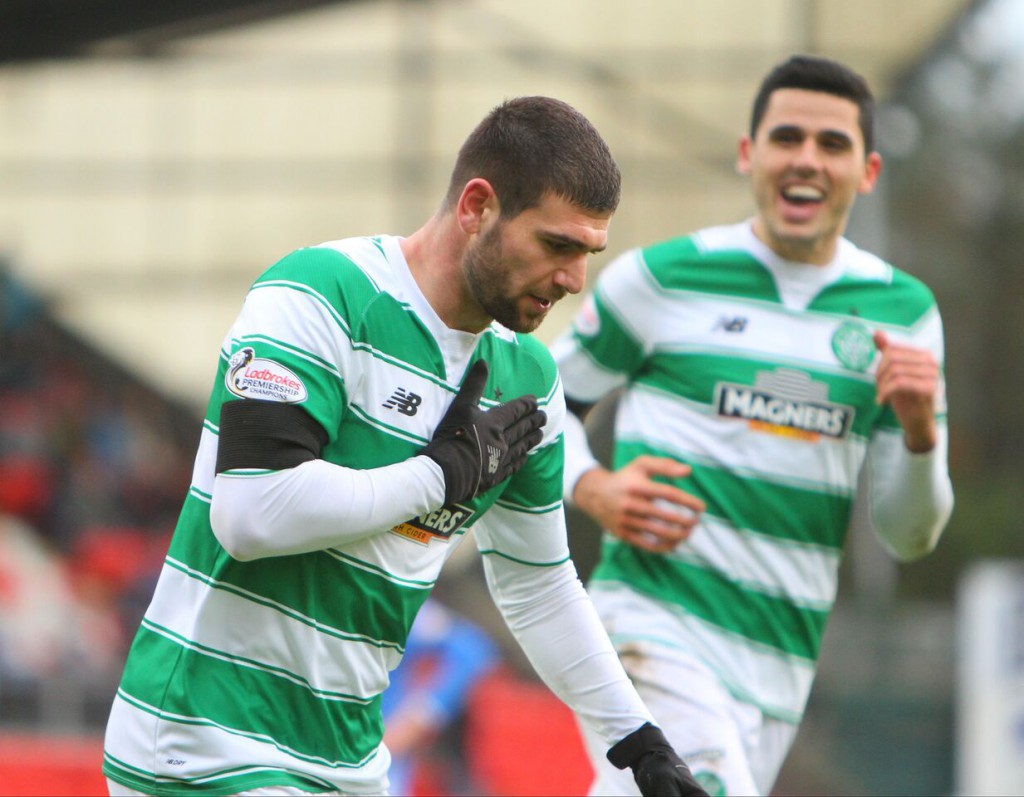 And his return to firepower certainly took St Johnstone by surprise. But it looked as though it was going to be the same old story in the 27th minute when he missed an opportunity in a one-on-one situation with keeper Allan Mannus.
Callum McGregor drifted in from the right to find Tom Rogic with a neat short-range ball. The Aussie swept a reverse pass into the tracks of Ciftci as he moved unchallenged into the box.
Just when it looked as though he must score, the frontman drilled his shot too close to Mannus who managed to push the ball wide of the left-hand post. He shouldn’t have had an earthly.
With sound reason, the travelling support groaned in unison. Once again, Leigh Griffiths wasn’t in the squad because of his calf strain and he didn’t even travel with the team on this occasion.
Amazingly, though, eight minutes later, Ciftci had broken the deadlock with the sort of goal we associated with him with during his spell at Tannadice.
Mikael Lustig had a long-range drive deflected for a right-wing corner-kick which was swung in expertly by McGregor. A posse of players went for the ball while Ciftci took a position away from the melee in anticipation.
He got it right. He killed the ball on his thigh, turned and walloped an unstoppable drive low past Mannus to his right.
Unashamedly, he then dropped to his knees and kissed the turf! It was clear the goal meant as much to him as it did to the Hoops support. 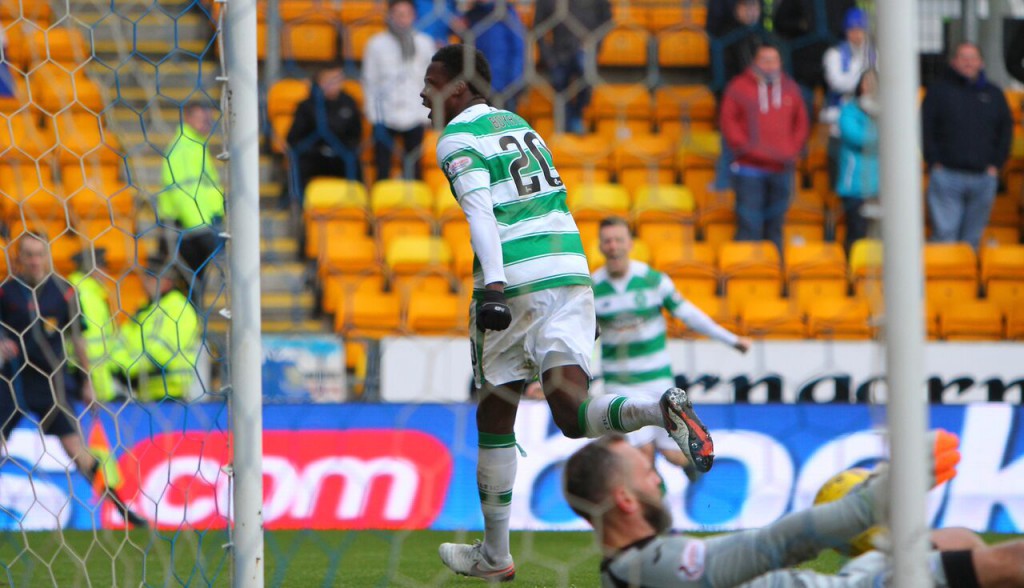 And he repeated the feat in the 67th minute to equal his previous best for the campaign. The excellent Rogic, putting in a Man of the Match performance as he strolled around the midfield, sprayed a pass wide to Lustig.
The Swede collected, looked up and fired over a cross and Ciftci, with renewed confidence, rose to powerfully send a header back across the helpless Mannus for another well-acclaimed effort. On this occasion, he was content just to roll head over heels in celebration.
In between his goals, Dedryck Boyata also got on the scoresheet with a raging header four minutes after the interval.
McGregor, who bombarded the Saints defence with a series of right-wing corner-kicks all day, sent over another that created menace. Boyata’s timing was impeccable as he rose above friend and foe to blitz a six-yard header beyond the unprotected keeper.
The three-goal triumph was no more than Celtic deserved, especially when you realise they only got back from their Europa League exertions in Istanbul late on Friday afternoon.
Incredibly, this was the 10th successive game they have won after European outings this season.
However, it should not be forgotten the part keeper Craig Gordon played in the triumph. Rightly, he took some stick for Fenebahce’s goal on Thursday, but he went a long way to answering some of his critics with a flawless performance in Perth.
In fact, the home side could have been a goal ahead inside two minutes if it hadn’t been for the quick reactions of the beanpole shotstopper. 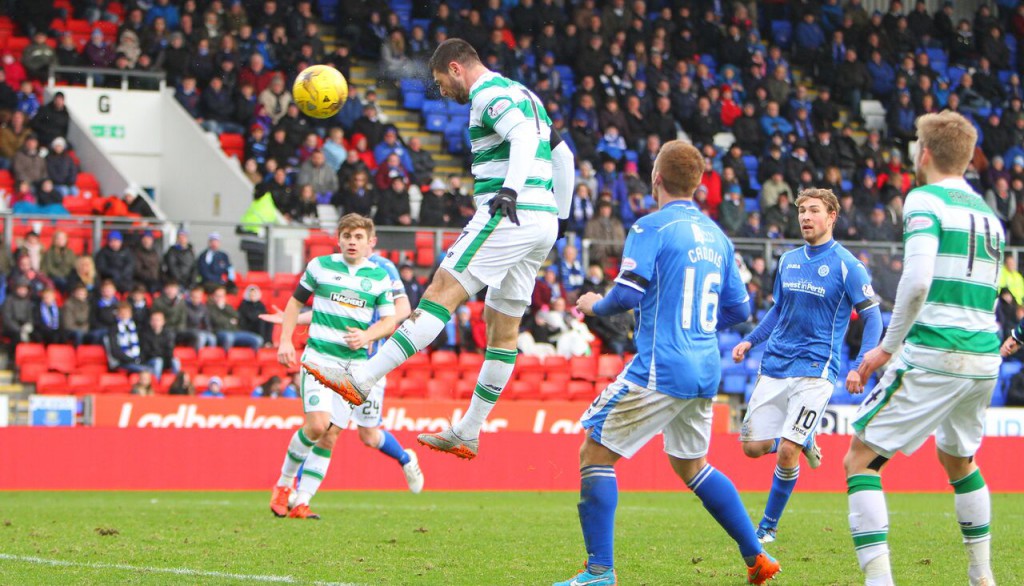 The pacy Michael O’Halloran got free of the back four after quick through pass from Steven MacLean. The winger blasted his shot goalwards, but Gordon athletically turned the effort wide of his left-hand post. And then gave the men in front of him a mouthful!
Three minutes from the break, he performed a double save to again thwart the Saints. MacLean turned Boyata to allow Murray Davidson the chance to run free into the box at an angle.
He thumped in a vicious attempt, but Gordon managed to push it away. It eventually broke to David Wotherspoon who cracked the rebound back on target. It took a deflection on its way, but the keeper got down well to his left to turn the ball away for a corner.
Brian Easton did manage to beat him in the 50th minute, but fortune favoured the brave on this occasion when his powerful 30-yard drive smacked against the junction of the left-hand bar and post and rebounded to safety. 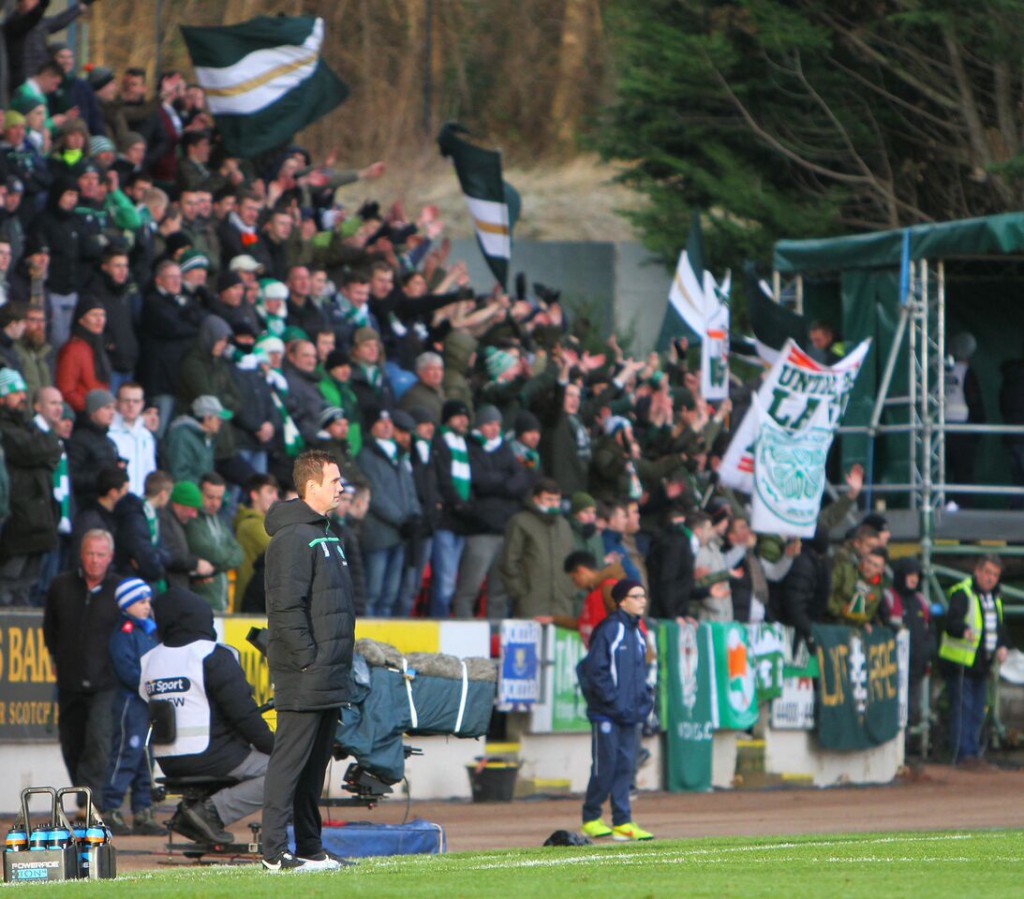 The champions, though, took control of the game and and, for lengthy spells, there was a succession of rapid-fire passes as they swarmed around in enemy territory.
Rogic passed up the chance of netting the goal he assuredly deserved when he was set up by Emilio Izaguirre, getting the nod this time ahead of Kieran Tierney who was on the bench.
The tall Aussie leaned back at the moment of impact and mishit his shot wide from eight yards. It was about the only thing he did wrong all day.
There were second-half appearances for Kris Commons, Carlton Cole and Scott Allan, but the damage had been done by the time they made their late introductions.
There was a bit of needle about the confrontation and referee Crawford Allan booked the Hoops’ Izaguirre and Stefan Johansen. The Saints had sinners in MacLean, Dave Mackay and David Wotherspoon.
The main thing, though, was Ronny Deila had winners in born-again penalty-box predator Ciftci and his strutting colleagues.
TEAM: Gordon; Lustig, Boyata, Simunovic, Izaguirre; Johansen, Rogic (sub: Cole 80); Forrest, McGregor, Armstrong (sub: Commons 71); Ciftci (sub: Allan 89).