MIDFIELD mastermind Matt O’Riley aims to carry on dreaming as he prepares to show his startling form last season was no flash in the pan.

The 21-year-old playmaker arrived at Celtic as the fifth part of Ange Postecoglou’s jigsaw during the January Sales.

The J-League trio of Daizen Maeda, Reo Hatate and Yosuke Ideguchi plus Irish teen striker Johnny Kenny had been unveiled in the opening days of the transfer window after the turn of the year.

O’Riley joined in a bargain £1.5million switch from English third-tier outfit MK Dons and hit the ground running with a Man of the Match performance on his first start against Hearts when the Hoops won 2-1 at Tynecastle on January 26. 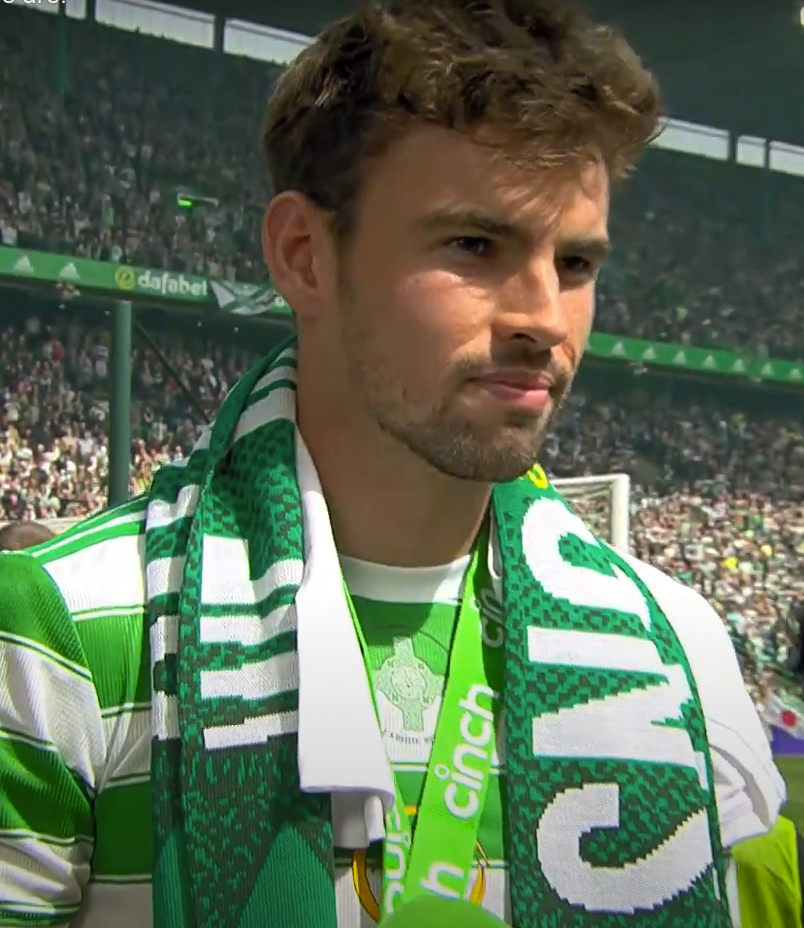 FIELD OF DREAMS…Matt O’Riley soaks up the atmosphere after Celtic’s 6-0 win over Motherwell in the last game of an impressive season in May.

Now the Danish Under-21 international is eager to get involved in the Hoops’ defence of the title and the assault on the Champions League group stages.

O’Riley said: “I am not afraid to dream as big as I can. I can aim as high as I possibly can and that is what I will do.

“With the manager and the culture of the club it means you will always be striving to get better.”

O’Riley and a lot of his international colleagues, who were given time off at training at Lennoxtown last week, are likely to be involved in pre-season action against Rapid Vienna this evening in the Allianz Stadium.

The one-time Fulham prospect commented: “I got just over two weeks off, which was enough to switch off for a bit. It was nice to get away to Marbella for a week. I haven’t missed much football so from a fitness perspective I actually feel quite good.

“You don’t lose much over two weeks, so I feel pretty sharp.”

O’Riley also revealed he makes regular Zoom calls to India to make sure he is on top of his mental well-being. 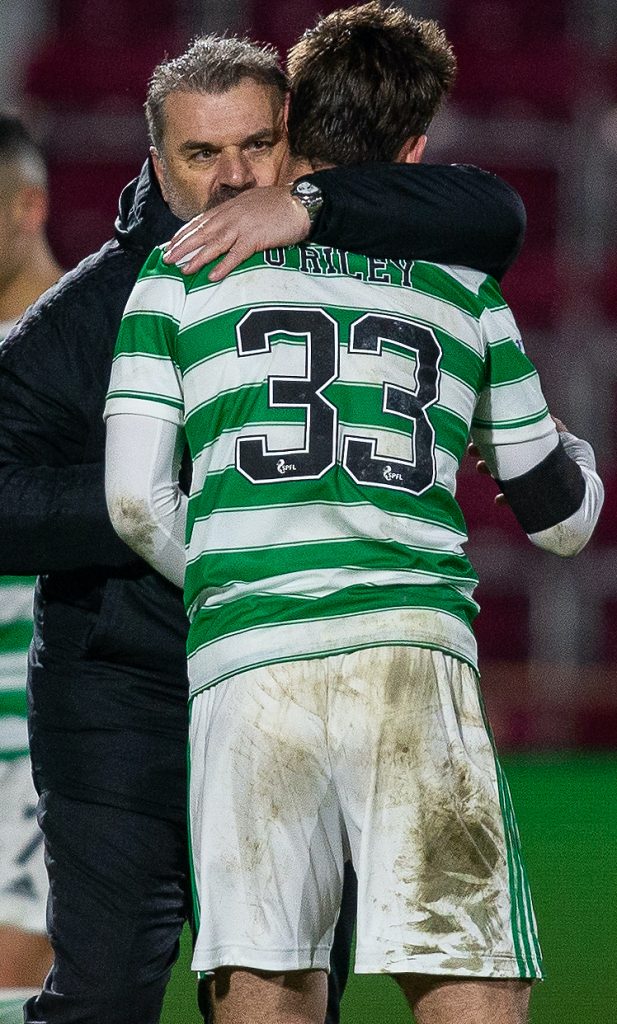 THAT’S MY BHOY…Ange Postecoglou congratulates Matt O’Riley after his first start against Hearts in Edinburgh in January.

The immediate fans’ favourite, speaking to the Daily Record, continued: “I try to welcome that quite a lot to be fair.

“I have my own coach who I like working with. Not just stuff on the pitch, but also things on my general well-being because I think that helps a lot, as a player and a person. Hopefully, that shows by the way I play, as well.”

O’Riley’s relationship with his mind coach started off as a simple friendship when they worked together at Craven Cottage and he added: “He lives in India. I met him about four years ago just as a friend. He has now become a coach, as well, and I think it helps that he is also a friend.

“Maybe if he was just a coach I wouldn’t have that same connection.

“He was studying at university in England and he was an intern at Fulham. I immediately built up a relationship with him because I felt he really wanted to help me. If I was looking to do a bit more in the gym or elsewhere then he was the one who I really took to.

“From the off we were very good friends and four years down the line we are doing Zoom calls a few days a week just to keep in touch, to keep things ticking over.”