Celtic Quick News on News Now
You are at:Home»Football Matters»McGREGOR AND GRIFFITHS ONLY SURVIVORS FROM LAST DOMESTIC DEFEAT
By CQN Magazine on 18th December 2017 Football Matters

ONLY two Celtic players – Callum McGregor and Leigh Grifiths – remained in Brendan Rodgers’ squad for Hearts at the weekend who were involved in the last Hoops domestic defeat.

The previous occasion when the champions lost to Scottish opposition was at McDiarmid Park on Wednesday, May 11, 2016 when they went down 2-1 to the Saints.

Ronny Deila had one more Premiership game to preside over after that defeat before his two-year reign as Parkhead boss came to an end.

The Irishman led the team to 69 successive outings without defeat on the domestic front as the club surpassed their own 100-year record. 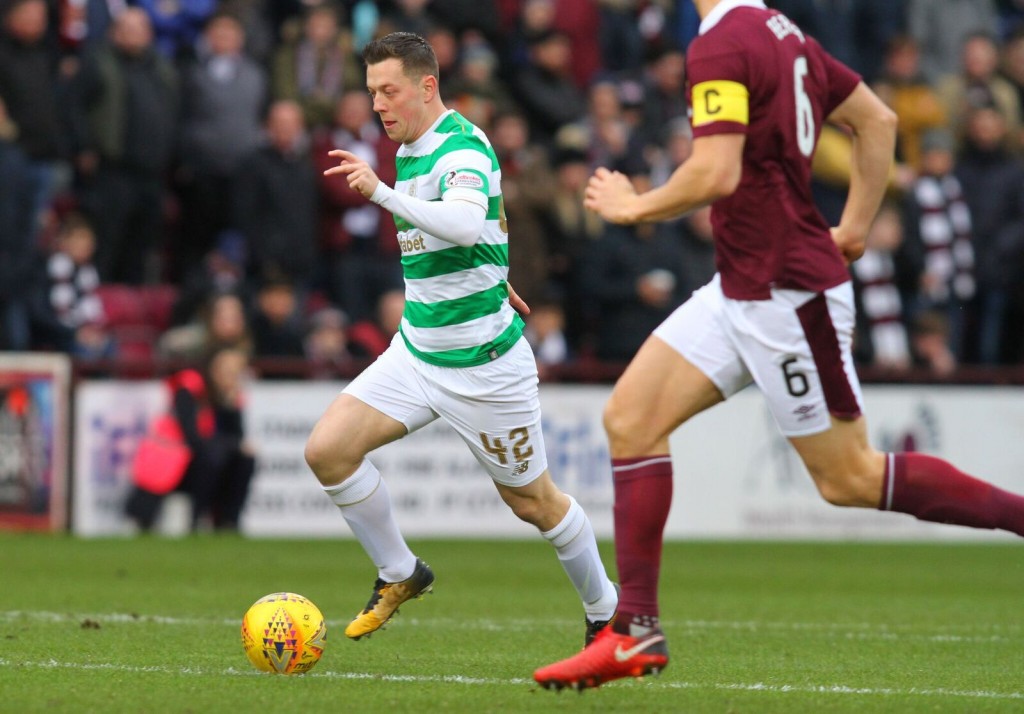 Back in May last year, the unfortunate Efe Ambrose, now with Hibs, was the blunder Bhoy in Perth as Tommy Wright’s side came from a goal behind to claim three points.

Griffiths’ solo effort put the visitors ahead as he took his tally for the season to a remarkable 40 – the first Celt to reach the figure since Henrik Larsson.

Stefan Johansen was caught in possession and gifted Steven MacLean the equaliser and then Nigerian defender Ambrose collided with keeper Logan Bailly to allow Graham Cummins to stab in the winner 13 minutes from time.

It was Deila’s side’s fourth league defeat of the season following two reverses – both 2-1 – against Aberdeen at Pittodrie and another 2-1 loss against Motherwell in Glasgow.

The Parkhead outfit went into that encounter on the back of an unbeaten run of 15 games. Their only previous loss had been suffered against the Dons on February 3.

They travelled to McDiarmid Park after wrapping up their fifth successive championship two games earlier with a 3-1 victory over Hearts at Tynecastle on April 2.