Celtic Quick News on News Now
You are at:Home»Football Matters»McGREGOR CONFIDENT AHEAD OF EURO TEST
By CQN Magazine on 22nd July 2016 Football Matters

CALLUM McGREGOR is convinced Celtic will overcome the Astana test in the Champions League third qualifying round.

The attacking midfielder and his team-mates will fly to Kazakhstan on Monday to prepare for the Wednesday’s confrontation against dangerous opponents.
Brendan Rodgers wants his players to acclimatise to humid conditions in 35 degrees heat, a five-hour time difference and a plastic pitch.
Astana performed well in the elite group stages of Europe’s elite tournament last season, but McGregor believes there are reasons for optimism under a new manager.
He said: “You could see signs against Wolfsburg and Lincoln Red Imps. For the first 45 minutes against the Gibraltar champions we were excellent, passing and moving it at a good tempo and we got the three quick goals that killed the tie. 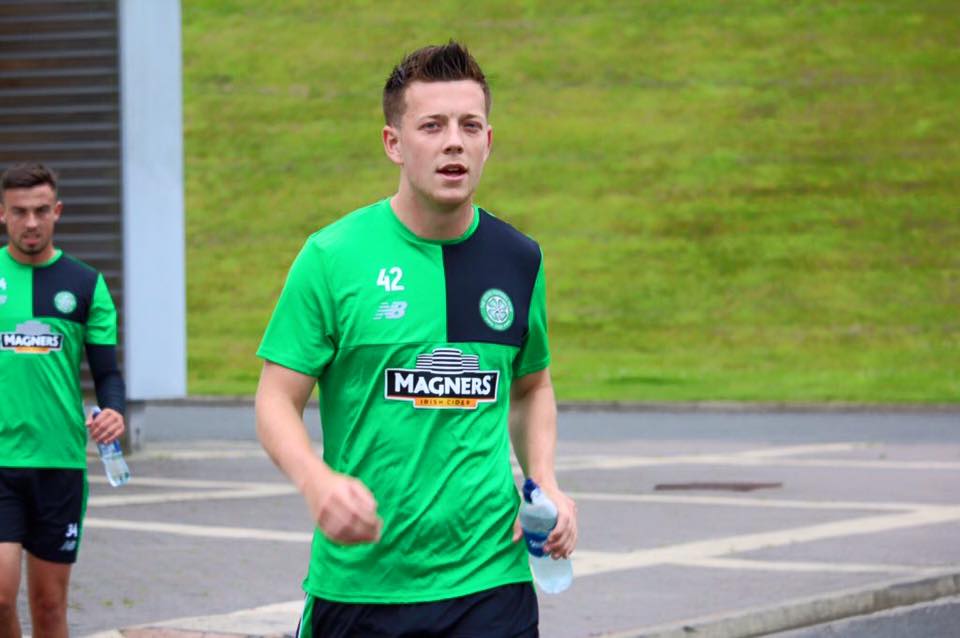 “It’s still early stages and we are still trying to get the fitness side of things, so we will be another week further on and sharper and fitter.

“We will travel a couple of days early and get a feel for the place, so by the time Wednesday comes we will be ready.

“The quality will go up. We will witness that against Leicester City and it’s a good test to see where we are at.
“Obviously, as you progress through each round, the opponents become tougher and tougher and we will need to be ready for that.“Teams in that sort of area of the world are getting better and they proved it last year by getting to the Champions League, so we need to try and be ready for everything that comes your way.

“Your preparation needs to be spot on and there isn’t much room for error in these qualifiers.”
McGregor added: “The manager has spoken about the different systems he might use and it’s great for us that we are always learning tactical discipline.
“It’s also great to have new ideas and to build tactically as well as physically and technically.
“You are always looking to develop and test yourself and to have a manager like this to come in and try new systems and demand more of you as a player can only be good for us.
“We can develop as players and people and learn things about the game.
”Of course, we have a big squad and there is competition for places, so if we can add a wee bit more quality and freshen the place up then everybody would welcome that.”