CALLUM McGREGOR admitted he felt “in a really good place” after agreeing a five-year contract extension with Celtic today.

The Scotland international, 26, committed himself to the champions until at least the summer of 2024.

McGregor, who joined the Celtic Youth Academy in 2001, broke into the side 13 years later when Ronny Deila handed him his debut.

The gifted midfielder, speaking exclusively to Celtic TV, said: “When you start here as a young kid, you’re just focused on trying to get through the age groups.

“You set yourself that one goal to get to the first team and play a first-team game, and I’m sitting here now coming up to my 250th game.

“To be at the club, hopefully, for the full five years, that will take me to 23 years at Celtic is something I could only have dreamt of as a young player.

“It’s been a tremendous four or five years for the club and obviously for me, too. We’ve been winning pretty much everything, the club’s growing on and off the pitch all the time and I’m just desperate to be a part of that.

“I feel as if I’m the best I’ve ever been in terms of performance, living on and off the pitch, I feel in a really good place and I’m delighted the club have rewarded that, as well.

“It’s been a good start to the season and I’ve tried to pick up where I left off last season in terms of performances and helping the team, so it’s been a great time.” 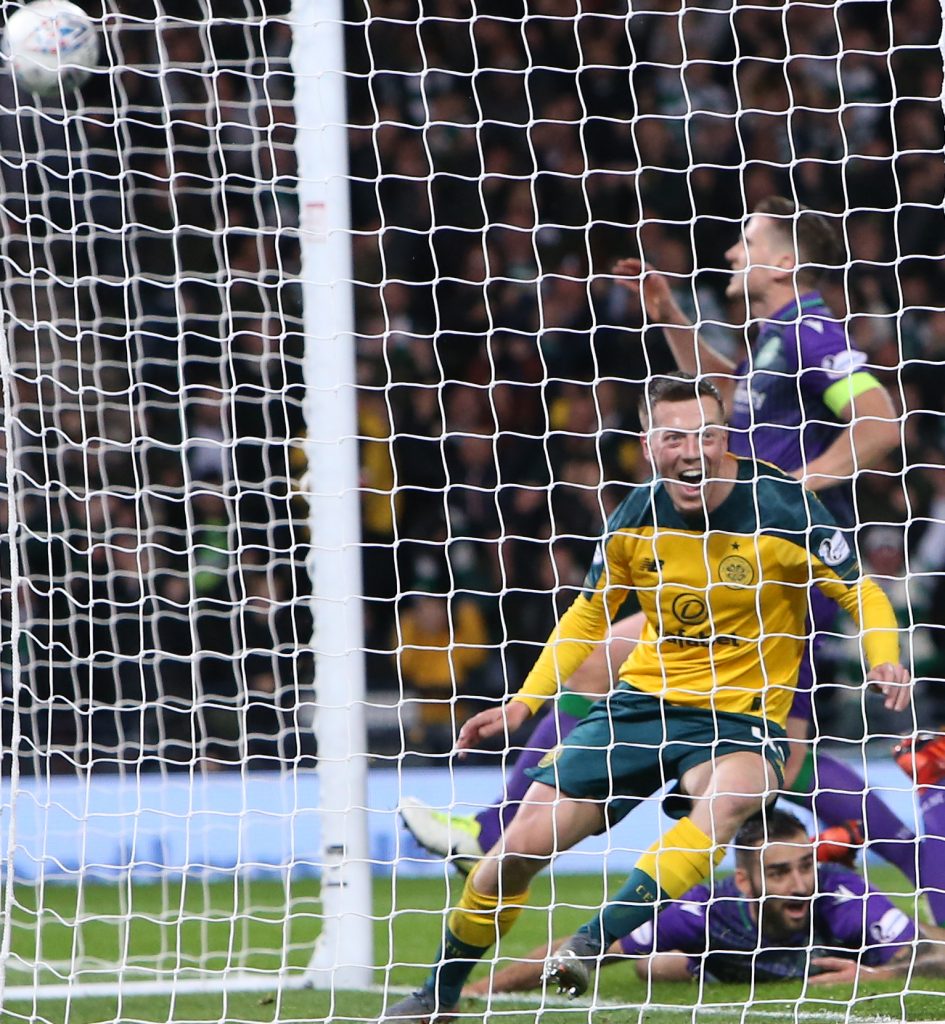 NET PROFIT…McGregor races away in delight. 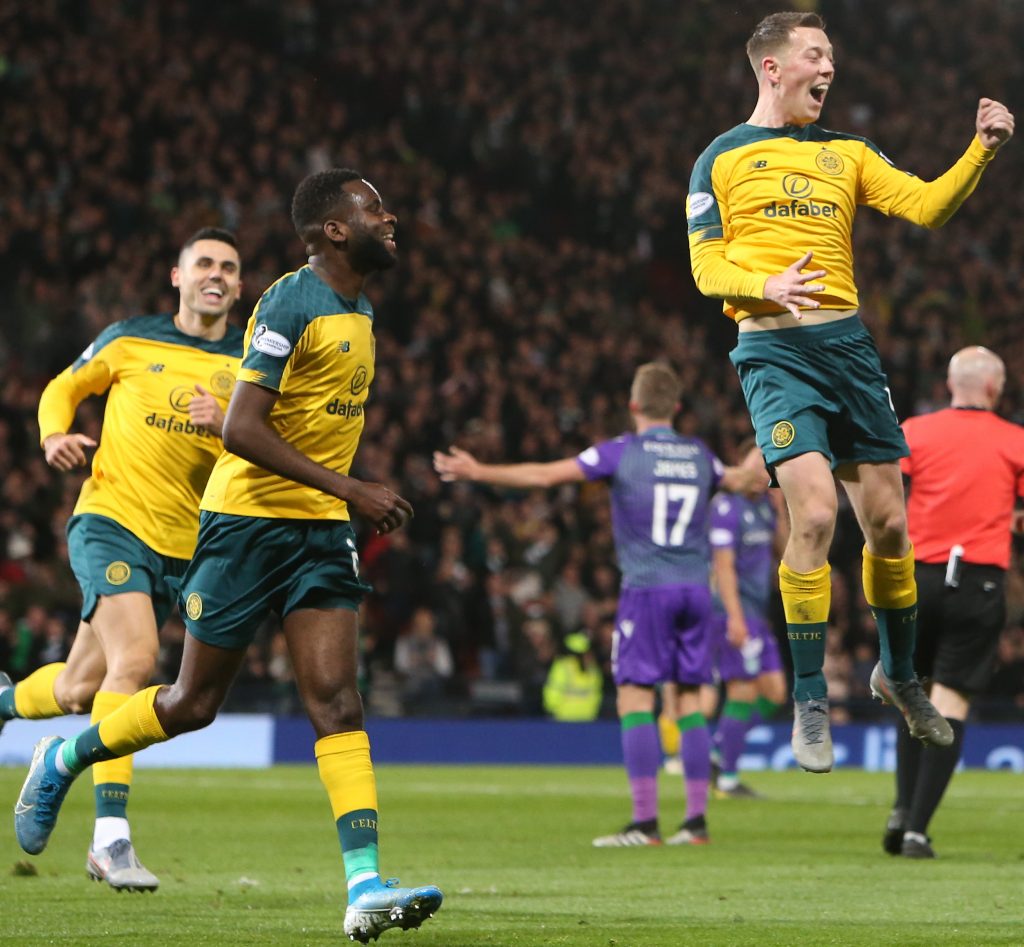 THE HIGH JUMP…McGregor leaps in joy as Tom Rogic and Odsonne Edouard prepare to join in.

The anchorman, who has made 17 appearances for his country, also insisted playing alongside skipper Scott Brown, and under the guidance of Neil Lennon, will be beneficial for his continued development.

McGregor said: “The gaffer’s been amazing since he’s come in. He’s taken the club on from where Brendan Rodgers left it and we’re going from strength to strength, getting even better, which you can see from the performances and the number of goals we’re scoring in every game.

“We’re top of our Europa League group and top of the table here, and into a Cup Final again, so it’s been a seamless transition. The relationship I’ve got with the manager is a top, top level and he’s been brilliant for me.

“And I also don’t think I can learn from anyone better than Scott Brown. You saw at the weekend at Hampden that his performance was absolutely outstanding. He dragged the team through the game and just when we were under a wee bit of pressure, he went and scored.

“So, for me to be the understudy to him is incredible and I’m trying to learn all the time.

“As a professional you’re always wanting to get better in your game. You look at where the club is and potentially where it could be in a few years’ time and to have grown up in that, with nearly 20 years at the club, I know what it means to everyone – the fans, my family, myself, the players.

“It’s something really special and I want to keep being part of that.

“The club has been amazing since we started talking a couple of months ago. It’s been really smooth, it’s been a great transition and for the other players, that’ll be the blueprint – to come in, do well and the club will reward you.

“They will reward the players who are doing well and helping the team and it’s a big statement.”

McGregor, of course, was linked with his ex-Hoops gaffer Rodgers, now at Leicester City, in the summer transfer window and the club’s fans will be relieved to discover the latest news concerning the player who has been a key man for the team in recent years.