Celtic Quick News on News Now
You are at:Home»Latest News»McGREGOR THANKS DEILA
By CQN Magazine on 13th March 2016 Latest News
CALLUM McGREGOR thanked Ronny Deila for keeping faith in him after his drink-driving offence that led to a 12-month ban.
The attacking midfielder was overlooked for four weeks before making his return in the 3-0 Scottish Cup win over Morton last week where he scored a superb solo goal.
McGregor repeated the feat again against Partick Thistle at Firhill yesterday to secure a crucial 2-1 triumph that keeps the Hoops a point ahead of Aberdeen with a game in hand and nine to go. 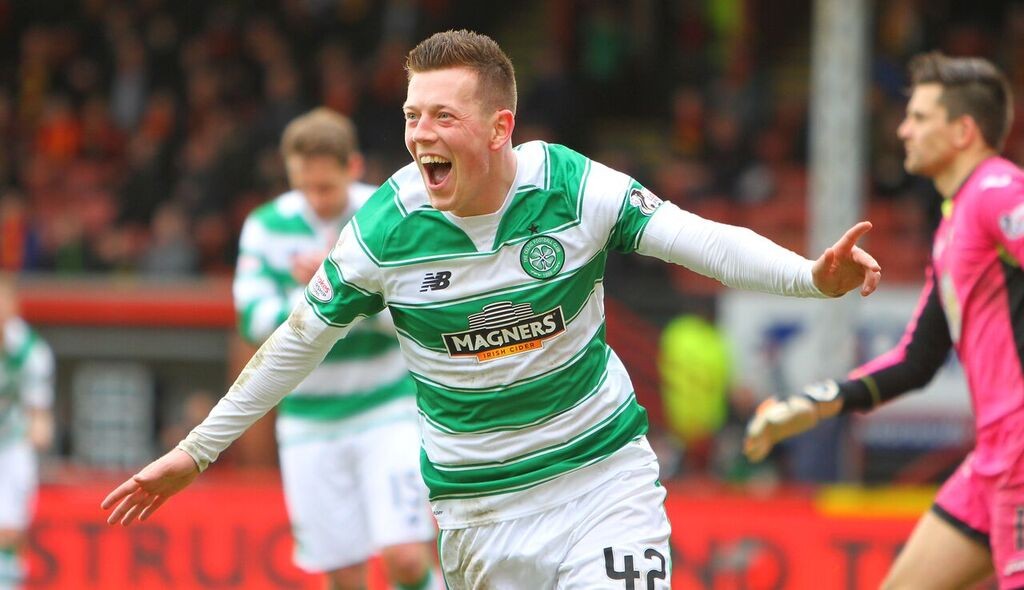 The 22-year-old Under-21 international said: “It was a big incident and I let a lot of people down, including the manager.
“But he’s shown great faith in me by putting me back in, so I’m trying to repay him with my performances. I’m grateful to him for doing that. I’ve got a great relationship with him.
“He trusts me and I trust him, so it was great that he put me back in. All the lads have been great with me, as well. I’m delighted to repay them, too, as I also let them down. It’s a fresh start for me in many ways.”

Deila had no gripes with McGregor’s attitude. The Norwegian said: “He has been very good the past two or three months.

“He had a break because of other circumstances, but I think he is showing a lot of confidence on the pitch and he played very well today. He also scored again – that’s important.”

RONNY DEILA saluted his Celtic side after yesterday afternoon’s 2-1 win over Partick Thistle at Firhill while Aberdeen kept up their title challenge with an identical victory over Kilmarnock at Pittodrie.
The champions are one point ahead with a game in hand and nine matches to go in the Premiership. 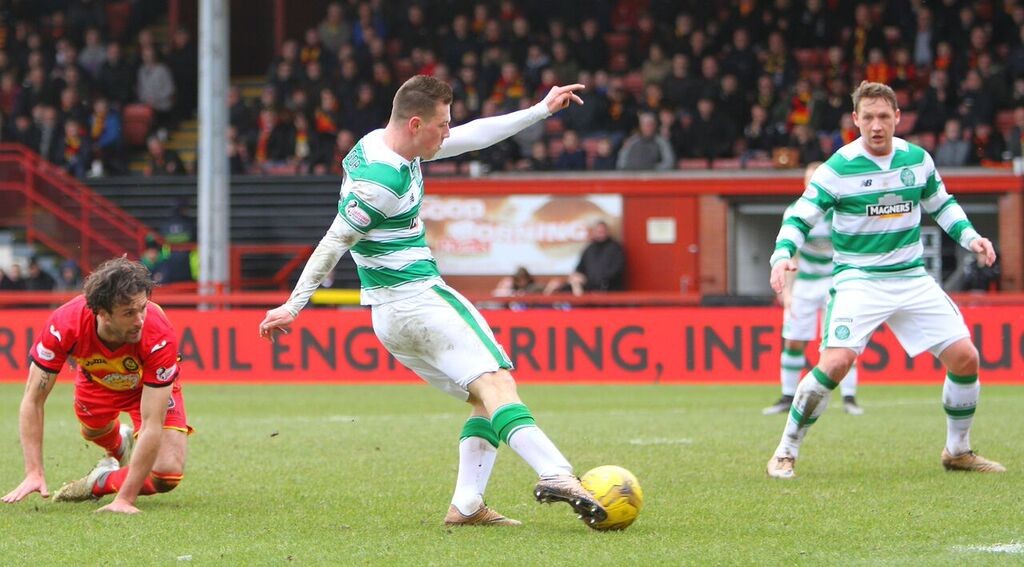 Goals from Leigh Griffiths and Callum McGregor were enough to down the Jags as the Dons had a fright against struggling Killie at home.
Ash Taylor gave Derek McInnes’ outfit a half-time lead, but that was nullified by Josh Magennis. Shay Logan snatched the winner with a header in the 71st minute.
Deila admitted Griffiths, who netted his 35th goal of a prolific season at Firhill, had been an injury doubt before the lunchtime kick-off.

He said: “I’m just happy with the three points and the performance was good, as well. We have been in these situations so many times, but we are getting better in every game and we hope to build on that.

“We have to concentrate on ourselves. Aberdeen have done very well, there are nine games left and we have to keep winning. It’s in our own hands.

“We should have killed the game before. We had two one-on-ones with the goalkeeper and a lot of chances. That was a positive. We know we have good finishers in the team, but we weren’t as effective as we normally are.”

The Hoops gaffer also singled out McGregor for special praise. He said: “Callum has been very good in the last two or three months. He is showing a lot of confidence on the pitch, played very well and scored again which is important.”