Celtic Quick News on News Now
You are at:Home»Match Report»McGREGOR TO THE RESCUE BEFORE COLLUM DENIES CELTIC A STONEWALL PENALTY
By CQN Magazine on 30th September 2017 Match Report

CALLUM McGREGOR cracked in a double to stretch Celtic’s remarkable unbeaten domestic run to 58 games at Parkhead this afternoon.

However, the celebrations were muted after dropping two points to Neil Lennon’s Easter Road outfit who came back from a goal down to lead 2-1 at one stage and threaten the Hoops’ domination of Scottish opposition. 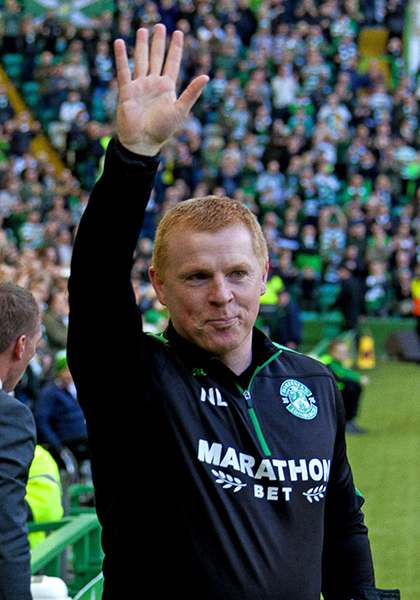 McGinn had an outstanding afternoon and his performance will not have gone unnoticed by Brendan Rodgers ahead of the January transfer window.

Brendan Rodgers elected to go with a new look attack of Moussa Dembele and Odsonne Edouard at the start, but the French double-act didn’t click and he replaced the on-loan Paris Saint-Germain attacker with Scotty Sinclair at the interval.

Leigh Griffiths was also introduced for the below par Dembele just after the hour mark with last season’s 32-goal man showing signs of rust after his lengthy lay-off with a hamstring injury.

The Hoops boss also threw on Paddy Roberts for James Forrest with 20 minutes to go as the six-in-a-row champions went for three points.

It wasn’t to be, however, on a day when Lennon’s men dug and were well worth their point.

But it looked as though it was going to be business as usual in the 15th minute when McGregor put the home side ahead.

Dembele fed a pass to the midfielder who collected the ball comfortably in his stride before lashing a left-foot drive low past keeper Ross Laidlaw. 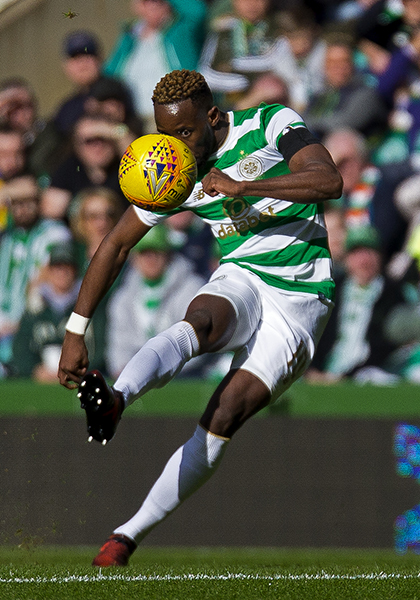 The Celtic fans sat back and awaited the anticipated onslaught, but Hibs had other ideas.

After Tom Rogic had put two efforts over the bar, they battled back into the contest and got a spectacular leveller eight minutes after the interval.

McGinn, a tireless worker in the Edinbugh side’s midfield, gathered a pass and took Craig Gordon completely by surprise with a drive that exploded low into his far corner.

Hibs senses they could wreck Celtic’s amazing sequence of unbeaten dometistic games and Gordon was forced to produce a magnificent diving save to his right to defy an effort from Steven Whittaker.

The Hoops looked out of sorts after their midweek exertions in Brussels and Hibs looked to capitalise on their rivals’ sloppy play.

And Parkhead was rocked in the 77th minute when McGinn netted a second for Lennon’s side. 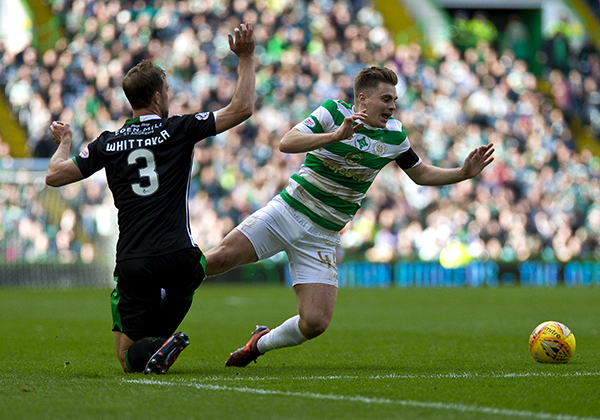 On this occasion, the midfielder rifled a venomous effort over Gordon’s shoulder into the roof of the net and that provoked the expected response from the champions. Credit where it is due, this was a very special goal from the Hibs star but Craig Gordon will believe he should have had his near post covered. The swerve on McGinn’s shot was exceptional and took his Scotland teammate by surprise.

Three minutes later McGregor thumped his second goal beyond Laidlaw after a melee in the goalmouth.

Near the end, there was a reasonable shout for a penalty-kick when Ambrose appeared to haul back Sinclair as he raced into the danger zone. Sinclair still got a shot of sorts away but he was denied a clear opportunity from as clear a penalty incident that you will see all season.

Referee Willie Collum decided to look the other way. It was that sort of afternoon. He had a perfect view of the foul but perhaps he never heard it?

Celtic were denied their winner by an incompetent referee but in truth Neil Lennon’s side, driven forward by McGinn, certainly deserved their point.

CQN Man of the Match – Calmac.