Celtic Quick News on News Now
You are at:Home»Football Matters»McGREGOR’S HAMPDEN HOPES
By CQN Magazine on 30th March 2016 Football Matters
CALLUM McGREGOR has no intention of taking a back seat when Celtic face Mark Warburton’s Championship side in next month’s Scottish Cup semi-final.
The nearest the Hoops midfielder got to the pitch was a place in the Hampden stand when Ronny Deila’s men coasted to a 2-0 League Cup last four victory over the Ibrox side in their first ever meeting in February 2015.
McGregor played in the 3-0 win against Hearts and the 6-0 hammering over Partick Thistle on the club’s route to the meeting with their Glasgow foes at the national stadium last season.
However, his hopes of playing were dashed when boss Deila couldn’t even find a substitute’s place for him He had to be content cheering from the stand as first-half goals from Leigh Griffiths and Kris Commons propelled Celtic into the final where they beat Dundee United 2-0 the following month. 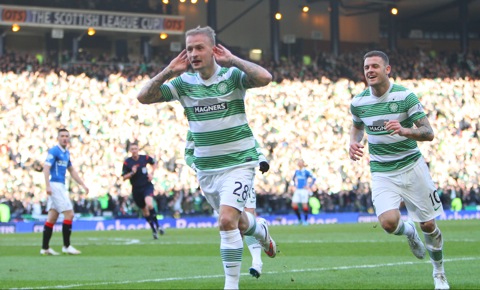 The youngster got a place on the bench that afternoon although he remained unused with James Forrest, John Guidetti and Liam Henderson all getting the nod from the Norwegian gaffer.
Talking about being stuck in the stand for the encounter against the latest Govan side, McGregor said: “I missed out then, but it would be brilliant to get onto the pitch and play this time.
“Obviously, that was a great day for everyone at the club, but you never feel the same about it if you are watching and not playing.
“I am a Glasgow boy, so no-one needs to tell me what this game is all about.

“When I was just a kid coming through the ranks, we were the ball boys for games at Celtic Park. My best memory of those times was when Thomas Gravesen scored a cracking volley against Allan McGregor,” who was in goals for the pre-liquidation Rangers.

“It was amazing. I think I was right beside the goal that he scored into and me and a few of the other lads were celebrating like mad. It was great to feel that you were a part of that.

“Now, though, I want to go one better and put my own stamp on the match.

“These are the games that you dream of playing in when you are just a boy. I feel lucky that I have been given this chance to come back into the team and as soon as the draw was made I was determined to do enough to get handed a starting jersey.

“I was brought up watching these games and I know how much everyone gets out of them.

“It would be an absolute dream to go out and do well in a game of that magnitude.“ 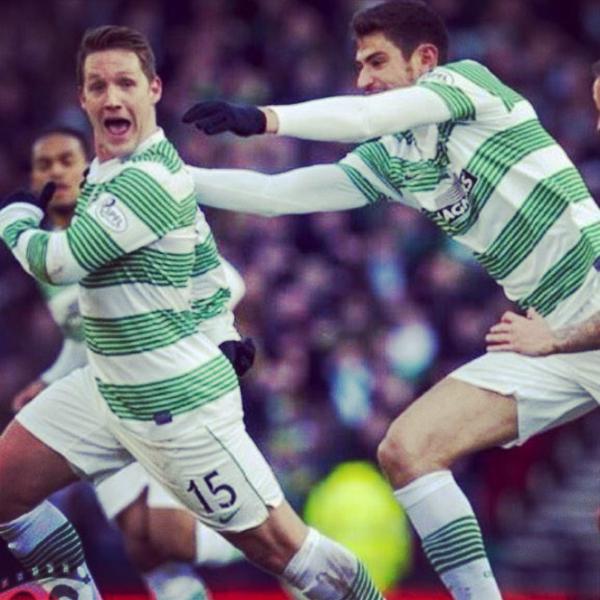 McGregor, one of only a few Hoops players not involved in international duty over the past fortnight, added: “I have managed to get myself back into the team and, hopefully, I can play myself into a start for the game at Hampden.
“But we all know there is so much competition here and you need to be on it all the time – not just in games, but at training, as well.”
The 22-year-old attacker scored in the side’s 3-0 win over Morton in the previous round after being restored to the first team following his drink-driving offence.
He said: “I am grateful to the manager for getting back into the team. He gave me a second chance and I want to repay him for that and the best way to do it is by putting in the performances.”
The SPFL champions now face the 12.30pm showdown with Hearts at Parkhead on Saturday before taking on Dundee in the rearranged fixture at Dens Park on Tuesday.
McGregor added: “We’re concentrating on the league and Cup double and I think that would be a good return for the season.
“The gaffer has stressed that we can’t take our eye off the ball in the league. We need to try and concentrate on being as consistent as we can and making sure that we are doing our talking on the pitch.
“It is a big week coming up for us and if we can come out of it on top, then it puts us in a good place.”