Celtic Quick News on News Now
You are at:Home»Football Matters»McGREGOR’S No.1 PRIORITY
By CQN Magazine on 5th July 2016 Football Matters
CELTIC midfielder Callum McGregor knows how to make a first impression on a new manager.
The 23-year-old attacker scored the debut goal of Ronny Deila’s two-year reign when he netted the winner against KR Reykjavik in the Champions League qualifier in Iceland two seasons ago.
And McGregor is hoping to make a similar impact now Brendan Rodgers has succeeded the Norwegian in the Parkhead hot seat.
He said: “When a new manager comes in, everyone is on their best behaviour. People want to impress and Brendan Rodgers has brought a fresh impetus to the squad. 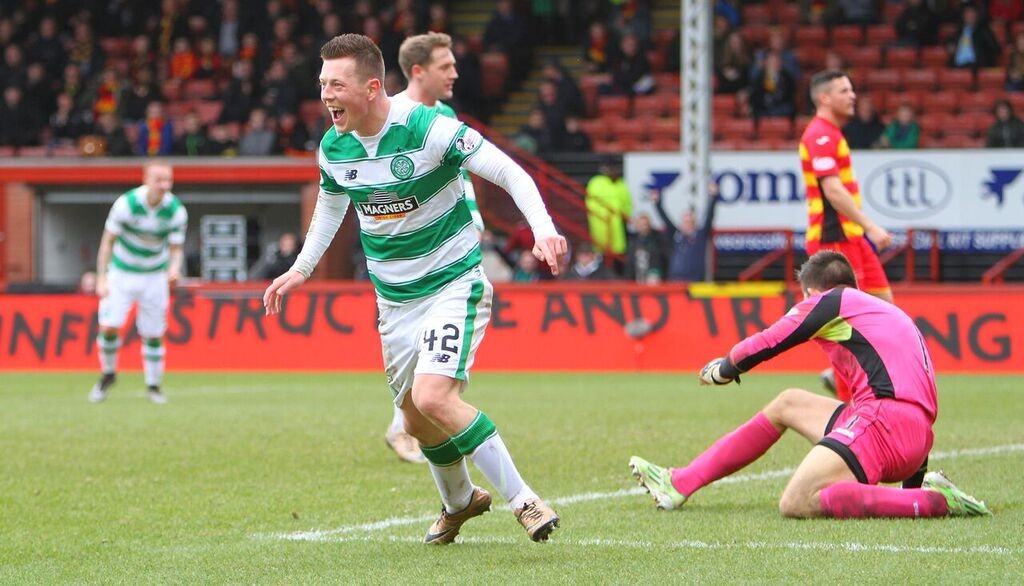 “Every player is the same, they want to play every week. I have been in and out of the side over the last two seasons, but I want to play. I think I suit the way the manager wants to play and I want to really cement my place in his team.
“A new manager gives everybody a lift. We are all trying to do well and to impress to show we should be in the team.
“People say it has gone up a level, but it has probably gone up another level beyond that again with people trying to impress.
“It can only be good because our sessions have been excellent, we are getting fit and working hard.“It has been a big squad for a while. You just need to try and impress and if you get the shirt you have to keep it by doing well and working hard in training every day.
“We just need to go out and show who is the best for every position.”
————–
ONCE UPON A TIME IN THE KINGDOM OF GOVANIA is the new beach book by CQN’s Mea Culpa. Beautifully and hilariously illustrated throughout in colour by Cartuja, this wee book has the Zombies foaming at the mouth.
Literally hundreds of them poured their bile out yesterday on Twitter before being blocked.
Get your own copy and see the effect it has on them for yourself!
www.cqnbookstore.com – all pre-ordered copies were posted yesterday so should start arriving this morning.