SCOTLAND boss Alex McLeish is poised to have talks with Brendan Rodgers regarding Leigh Griffiths’ situation at Celtic.

The striker has started only one game this season – Saturday’s 1-0 defeat against Hearts – and has failed to score a goal in his three appearances since returning from surgery.

McLeish is hoping for a fully-fit Griffiths to lead the nation’s frontline against Albania in the UEFA Nations League at Hampden next month.

He is due to meet Rodgers when the Irishman returns from Greece following tonight’s vital Champions League encounter with AEK Athens.

The international gaffer said: “It would be difficult for Leigh to keep his level if he’s not playing much and keep his match fitness.

“That’s a concern. It would be very difficult to pick players when they are not playing. They lose match fitness.

“I don’t have anything up my sleeve. I wish I had. We want Leigh back to top fitness because when he came into the team in the last qualifying campaign he was on fire. The challenge is for Leigh to bang in the goals. 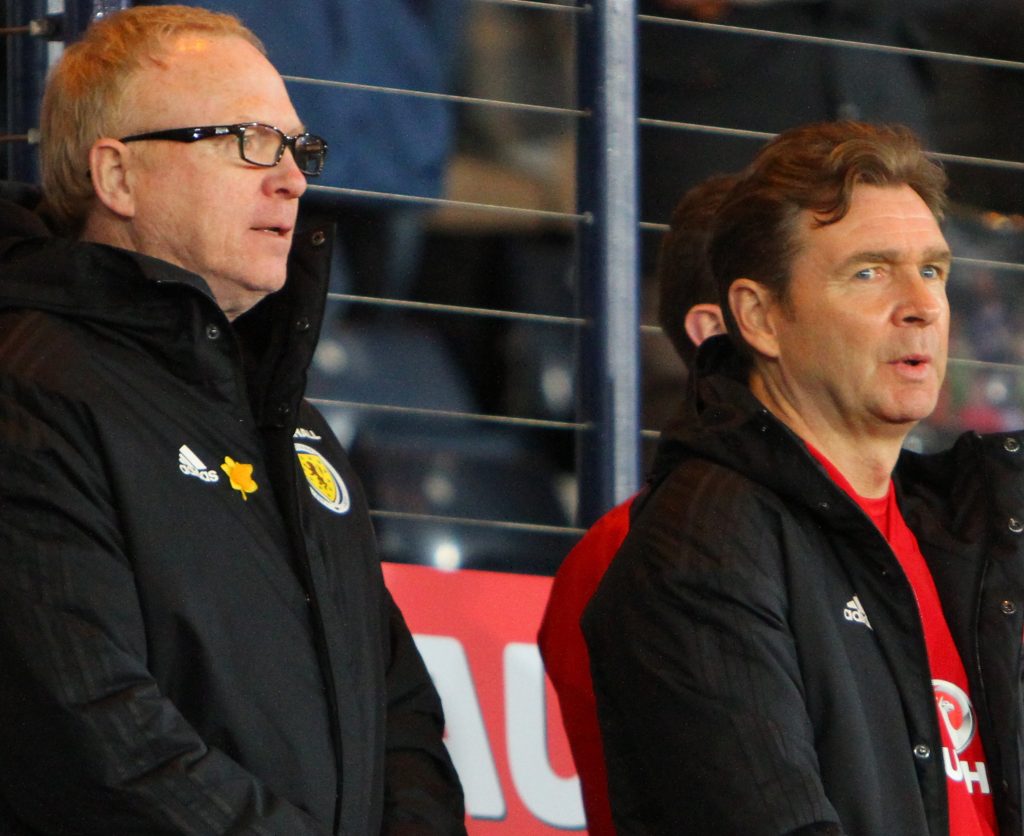 LEIGH GRIFFITHS WATCH…Scotland boss Alex McLeish and assistant Peter Grant are hoping for a fully-fit Celtic frontman for the international challenges ahead.

“Leigh is better when he plays. He needs to be playing, keeping sharp and scoring goals. We want him to play to the same level every week.

“There is no way I can tell managers what to do and how to run their teams. I will see Brendan at the end of this week to have a chat.”

Griffiths became a hero to the Tartan Army when he netted two long-range free-kicks in the World Cup qualifier against England at Hampden in June last year and has since established himself as Scotland’s first-choice striker.

McLeish added: “We know that’s where we’re short. I can’t dig someone out of fresh air, but we are keeping an eye on every centre-forward.

“We hope Griffiths can be ready. At the moment he looks in good condition.

“I believe there are others in the team who can get goals. Whether it’s through a set piece or through wide men coming in or from midfielders scoring.

“But we are obviously looking for this talisman up front.”

* DON’T miss all the action from tonight’s big game in Athens with the best match report in your champion CQN.