The former Hoops defender remains at Hull Royal Infirmary after collapsing near his home in York last week.

McNamara’s daughter Erin sent out a positive tweet, stating: “Thank you for the continued support for my dad, the past week has been so overwhelming for us as a family.

“He is making progress, but still has a long road to recovery. We are so thankful for all the care he’s received and remain positive.”

Robertson, a key man in Jurgen Klopp’s all-conquering Liverpool side, joined in with his backing for his former Dundee United manager who gave him his first-team debut at the age of 19 after signing him from Queen’s Park in 2013. 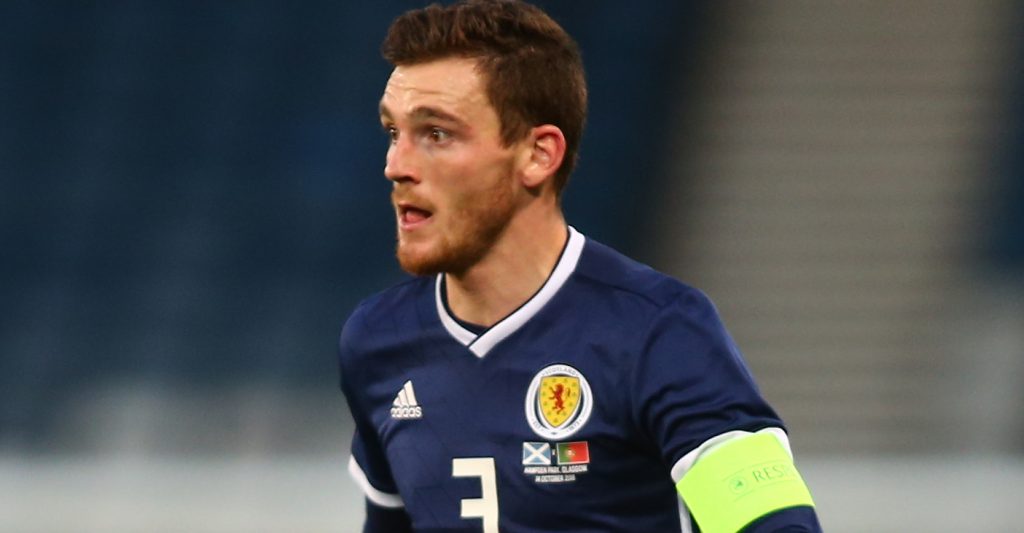 The Scotland international captain, speaking to BBC Scotland, said: “The news shook everyone, I think.

“He is a young guy, healthy, didn’t see signs of anything coming. I’ve spoken to his family, I wish them all the best and I wish him all the best.

“Hopefully, he can recover. He’s a good man and it’s not nice to see this happening. I know he’s a fighter and he’ll fight this like he fought in matches and fought as a manager. He’ll win this fight.”
McNamara and Robertson combined at Tannadice in his solitary season at the club before moving to Hull City in a £2.85million switch in the summer of 2014. The pair helped the club to a fourth-place top-flight finish and a Scottish Cup Final place.

The player added: “He took the leap of faith in me and gave me full-time football.

“Whatever way my career goes, I’ll always be thankful to him. I have a lot of time for him and that’s why it was tough to hear the news.”