CELTIC tonight joined Internazionale and Dukla Prague in the semi-finals of the European Cup -and they did so in almost fairy-tale fashion, the goal that put them through on a 2-1 aggregate coming with only about 20 seconds remaining for play.

Picture the scene at Parkhead in those dying seconds of what had been a determinedly fought but somewhat disappointing quarter-final tie.

A play-off in Rotterdam next week looked inevitable when Johnstone suddenly burst through on the right and won a corner. Amid a hubbub of excitement Gallagher crossed over to take the kick and flighted it perfectly into the heart of the Vojvodina penalty area where McNeill, timing his jump perfectly, headed cleanly outwith the reach of the diving Pantelic.

For a moment the Vojvodina players stood in stunned silence, as indeed did most of the  crowd of 75,000, apparently unable to believe that the ball had actually gone into the net. Then as the referee signalled a goal, the whole ground seemed to erupt.

While Simpson performed cartwheels in his own penalty area and his colleagues hugged each other in unashamed delight, the Yugoslav players surrounded the referee and protested vigorously. What for, I know not, but their protestations went unheeded and Celtic, semi-finalists in the European Cup-winners Cup last season, went through to the last four of the premier competition at the first time of asking. 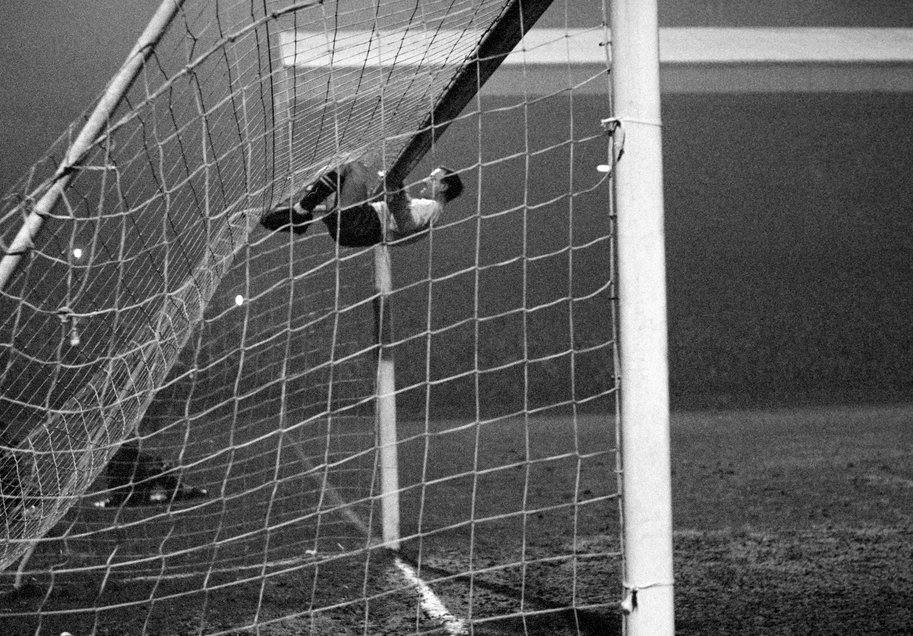 On the second-half display Celtic thoroughly deserved to reach the last four. During that period they were practically encamped in the Vojvodina half of the field as Hughes and Johnstone, held on a tight rein in the first 45 minutes, suddenly began to blossom forth with some mesmeric runs down the touchlines.

Gaps, conspicuous by their absence in the first half, began to appear more and more frequently in the Yugoslav’s defence as time wore on and before Chalmers put Celtic ahead in the match and level on aggregate in 58 minutes Pantelic had distinguished himself with several fine saves.

But it was in fact an error by the goalkeeper which allowed the centre forward to score. Clark sent Gemmell away down the left with a splendid pass inside Aleksis and when Pantelic failed to cut out the full back’s cross Chalmers had merely to tap the ball into the unguarded net. 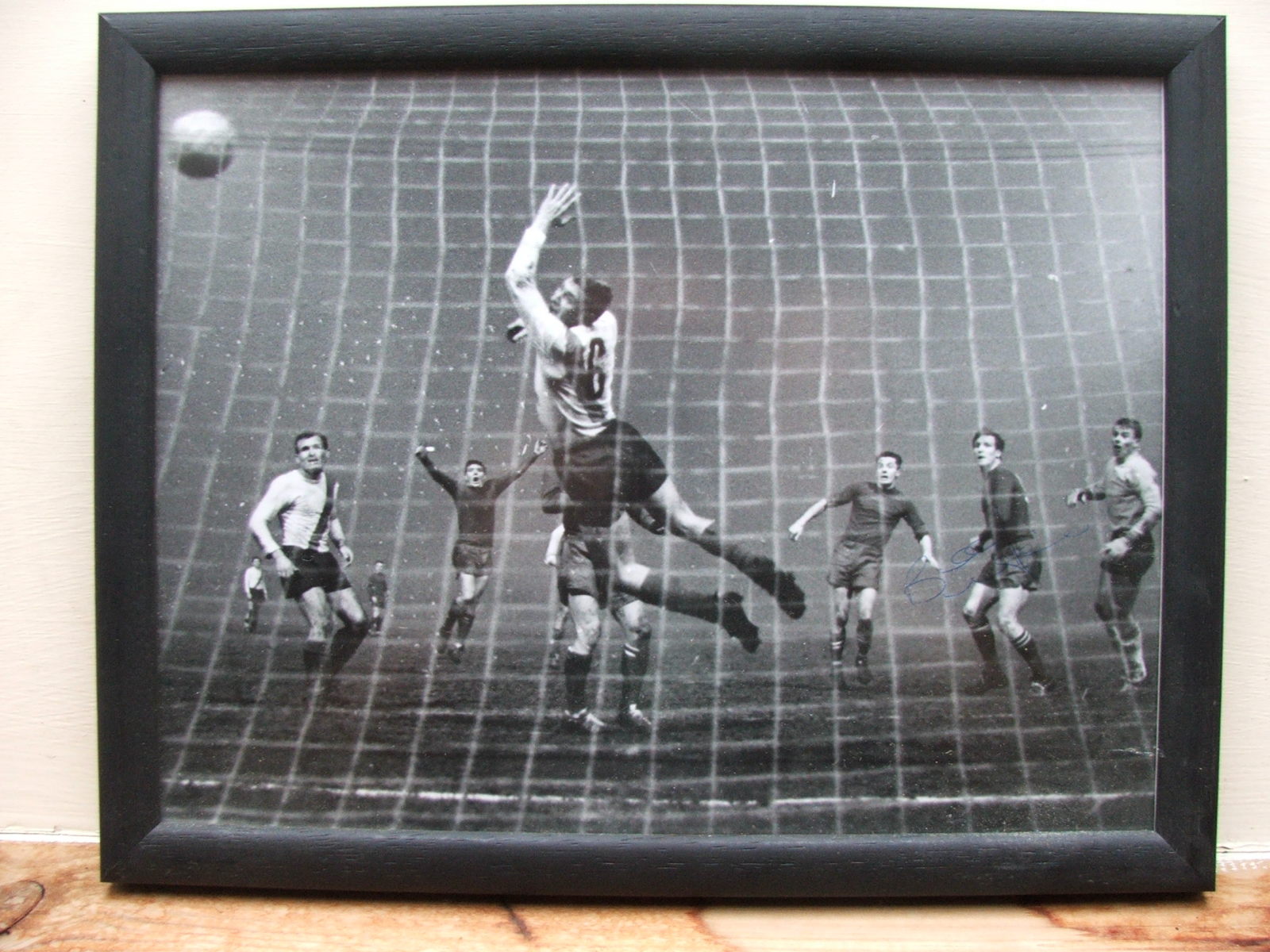 Having picked up the scent, Celtic thereafter went out for the kill, and times without number they were thwarted at the vital moment, either by a timely intervention by a Vojvodina defender or by the agile Pantelic. Occasionally, of course, the Yugoslav forwards brought relief to their sorely harassed defenders, but for the most par the green shirts of Celtic held sway.

The methods used by the Yugoslavs to repel the lively Celtic forwards were not always scrupulous, but the one-handed Scandinavian referee kept matters well in control. 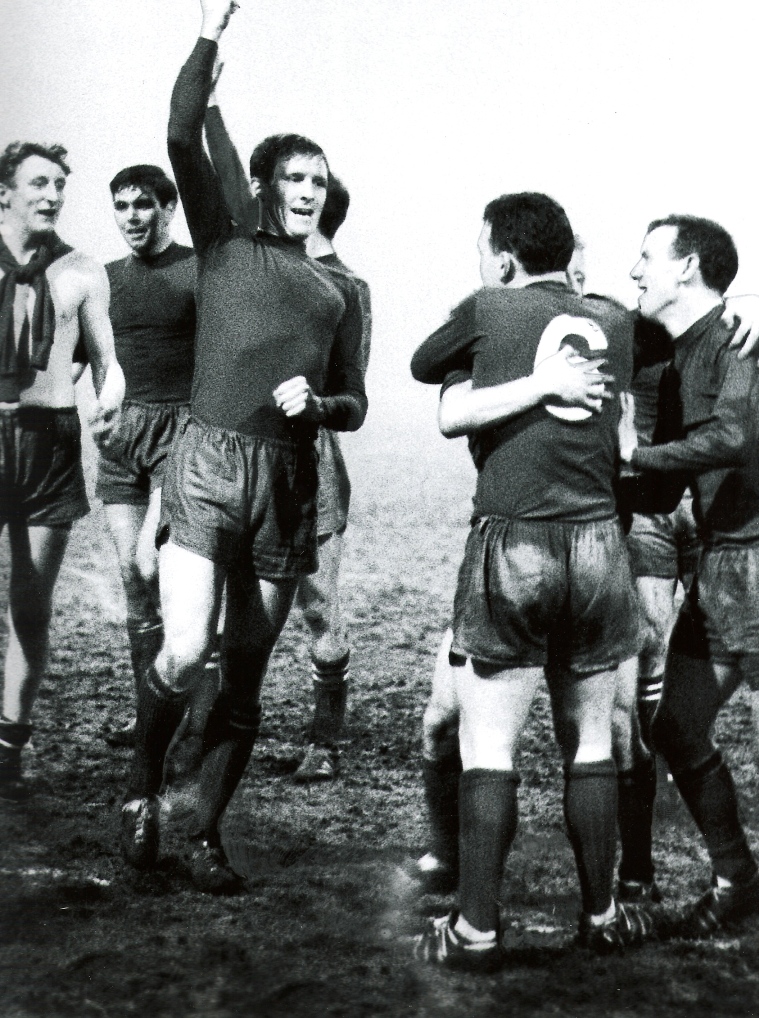 In 75 minutes McNeill almost did the trick for Celtic with a 25-yard shot which ricochetted off a Vojvodina defender and landed on top of the net, but he will have no thoughts now about his misfortune on that occasion, not having scored such a glorious winner.

Yet it might have all been so different had Pusibrik scored with a simple chance after only five minutes had elapsed.

PHOTOGRAPHY – Geo’s Grandad, thanks to the Old Board for the photo pass, much appreciated.

Celtic’s new signing Willie Wallace watched tonight’s  match from the stand at Celtic Park. He will be eligible to play in the semi-finals.

Willie Wallace has signed copies of the CQN book That Season in Paradise, order yours while stocks last from www.cqnbookstore.com