NEW Bhoy Carlton Cole says he can’t wait to start winning trophies with Celtic after sealing his move to the champions this afternoon.

The former England international striker, a free agent since being released by West Ham in the summer, has agreed a contract until the end of next season following a lengthy trial spell.
And the 32-year-old frontman, who began his career at Chelsea, admitted: “When Celtic called and said they wanted me, I just ran over.
“Being at Celtic is not about the money for me, it’s about wearing the shirt with pride. 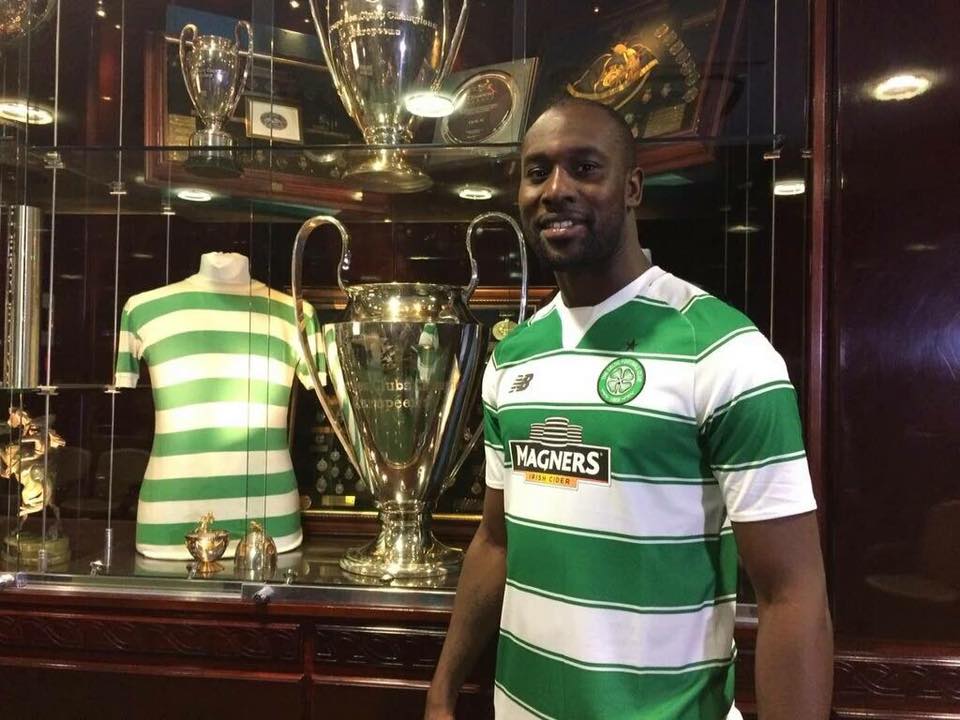 “Celtic are in a great position to win trophies and I want to add that to my career.”

Cole was asked if he thought he could link up with Leigh Griffiths. He replied: “He’s a different player from me, he’s a nippy little player and I’m more of a powerhouse, but, hopefully, me and him can play up front together and make a nuisance of ourselves.”

There were concerns over Cole’s fitness, which explained why there was such a delay in boss Ronny Deila getting him signed up.

But the player, capped seven times by his country, waved away any anxieties on that score, and insisted: “That was part of the reason I didn’t sign right away because they wanted to see what level of fitness I had.

“I got a little knock about a week or two into coming up and then I got a scan, but I’m all fixed now and I’m training with the team, so, hopefully, I will get in the side as soon as possible.”

“But the most important thing is I have signed for Celtic, I will be playing for the badge and I will be making sure I give a good account of myself.”

Asked how he was finding the food in Scotland, Cole laughed: “I’ve already had some black pudding and I had some haggis this morning, it tastes like burger!

“It’s been really good. I’ve got used to it, but it’s an acquired taste!”

Cole, who scored 85 goals in more than 380 senior appearances with spells at Chelsea, Wolves, Charlton, Aston Villa and West Ham, could make his debut in Sunday’s Premiership clash with Dundee United at Parkhead.

Unfortunately, though, he will not be available for the Hoops’ Europa League matches until the new year.

Premiership sponsors Ladbrokes make Cole a 2/1 shot to score 16-plus goals in all competitions this season and it’s 16/1 his tally leaves him as the club’s top scorer with Griffiths already on 12.

Deila now has four strikers to work with this season after allowing Stefan Scepovic to go to Getafe on a year-long loan. Cole and Griffiths will be joined by Nadir Ciftci, the £1.3million summer buy from Dundee United, and Anthony Stokes, who hasn’t figured recently.