DANNY McGRAIN met Celtic author Paul Dykes to talk about Celtic, The Quality Street Gang and his life and times in Paradise. CQN started this feature earlier and you can read part 1 HERE. The interview with the Celtic legend continues below… 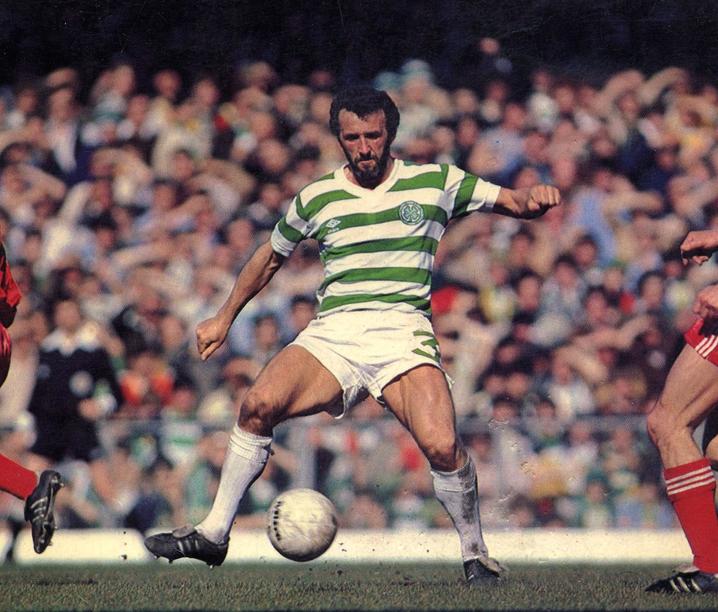 So with Celtic’s inclusive approach to signing players allowing them to recruit any promising individual that happened to catch their eye, the door was well and truly open for Daniel Fergus McGrain to sign on at Celtic and the Scottish schoolboy cap was not going to let such a golden opportunity slip through his fingers.

He recalled: “No one from Drumchapel made it as a professional so I wasn’t even thinking of being a football player. You were either going to be working in John Brown’s shipyard in Clydebank, as an electrician or a plumber or whatever, or you were on the dole. My dad was an electrician. My mum and dad worked, looked after themselves and brought their family up. I was on a milk run every morning for about five years, up at four o’ clock in the morning, back at eight, and then I’d go to school and play two games of football every day.

“We played football every day. Everybody played football, good, bad or indifferent. You’d play in the playground and you’d come home from school and end up playing in the back garden. There were six flats in a tenement and there was a big garden in the back, usually muddy and full of rubbish. Nine times out of ten you’d try and play out the back but someone’s washing would be out and you’d be told not to play so we’d end up playing in the street.

Everybody played in the street and the goals were the lamp-post and the pavement. Obviously there were fewer cars than there are now. It was about 25-a-side and the goals would be about five miles apart. You’d play until you were hungry and then you’d go home for your tea. I must have been about 13 or 14 then.”

McGrain may have played further up the field prior to signing on at Celtic but by the time he had embarked on his first European trip away with the club he had been transformed into a full-back, equally effective on either side of the defence. Jock Stein had become an expert at identifying a player’s best position and he had already started to employ his own brand of alchemy on this special group of youngsters.

“That was our first trip abroad,” said McGrain, “and I always remember the photograph being taken. I’ve got a copy of it and we’re all standing there with our blazers on. The blazers are just like cardboard, just cut. We’re all standing in a file and it would have been the first blazer we’ve all had, particularly a Celtic one. When I was shown that photograph years later I thought, ‘Look at us all with the hair all combed and we’re all shiny white and there’s not a crease in the blazer. Everyone’s just perfect’. And we were all proud to be part of this club – the European Cup winners. It was so good to be part of it at 17-years-old. I don’t think I’d ever been in a plane up until then.

“I was full-time and we had the older members who were maybe 18 or 19, players like Davie Hay, George Connelly and John Murray. I can’t remember much about the trip. I just remember it was so warm and you were playing against Italian teams and they were just flying by you because they were used to the conditions, the hard-baked ground and the heat. I’ve wondered if Mr. Stein sent us there to see how European football was being played and to take something from that, whether it was their pace or their touch on the ball. It was a great tournament to go to for us all, although some people took nothing from it.

Mr. Stein was the type of person who wouldn’t tell you all the time because that was just the way he worked. If he had to tell you two or three times he would think he was wasting his time. You had to go and learn yourself. Maybe that’s why a few of us turned out to be half-decent players.”

Danny McGrain proved himself to be far more than a half-decent player. Few of his contemporaries or students of the game would argue that, at his peak, he was a truly world class talent. His maiden journey beyond British shores was to become the first of many as trips abroad became a regular feature for club and country throughout a stunning 20-year career. The loyalty displayed during his time as a player at Celtic Park surely marks him out as the nonpareil Quality Street Kid. 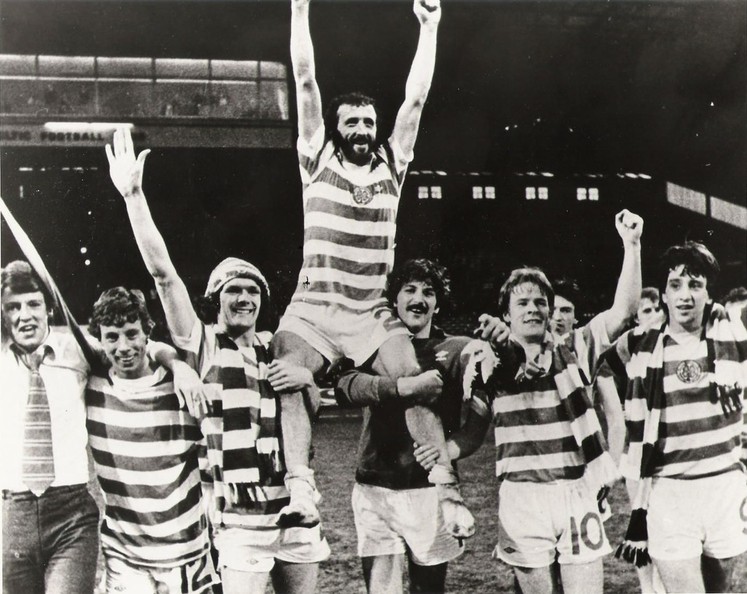 More than three years after meeting the Celtic great, Danny McGrain gazed out at me from a cornucopia of daily tabloids holding a copy of The Quality Street Gang. The morning papers, usually the printed provocateurs, offered an unusual escape from my otherwise suburban antipathy on Thursday 10th October 2013. Here was Danny alongside Davie Hay at Celtic Park, where they had attended the previous day’s press call for the launch of my debut book.

“Playing in that team with players such as Davie Hay, George Connelly and Kenny Dalglish, I was just very thankful that I was involved in it,” explained Danny.

“We were the start of a very good team. At the time it was very nerve-racking. I remember we used to train up here at Celtic Park and our warm up was four laps of the park. I was at the back of the group with Kenny. We would be 16 or 17 and big Billy McNeill was at the front. We had watched the European Cup final and now we were running around the track with this squad because everybody trained together.

“Wee Jimmy was there and after the first lap you’re thinking, ‘when am I going to wake up?’ It was just so surreal and those players took us into their fold and wrapped a big blanket over us and from then on they looked after us for the next two or three years. 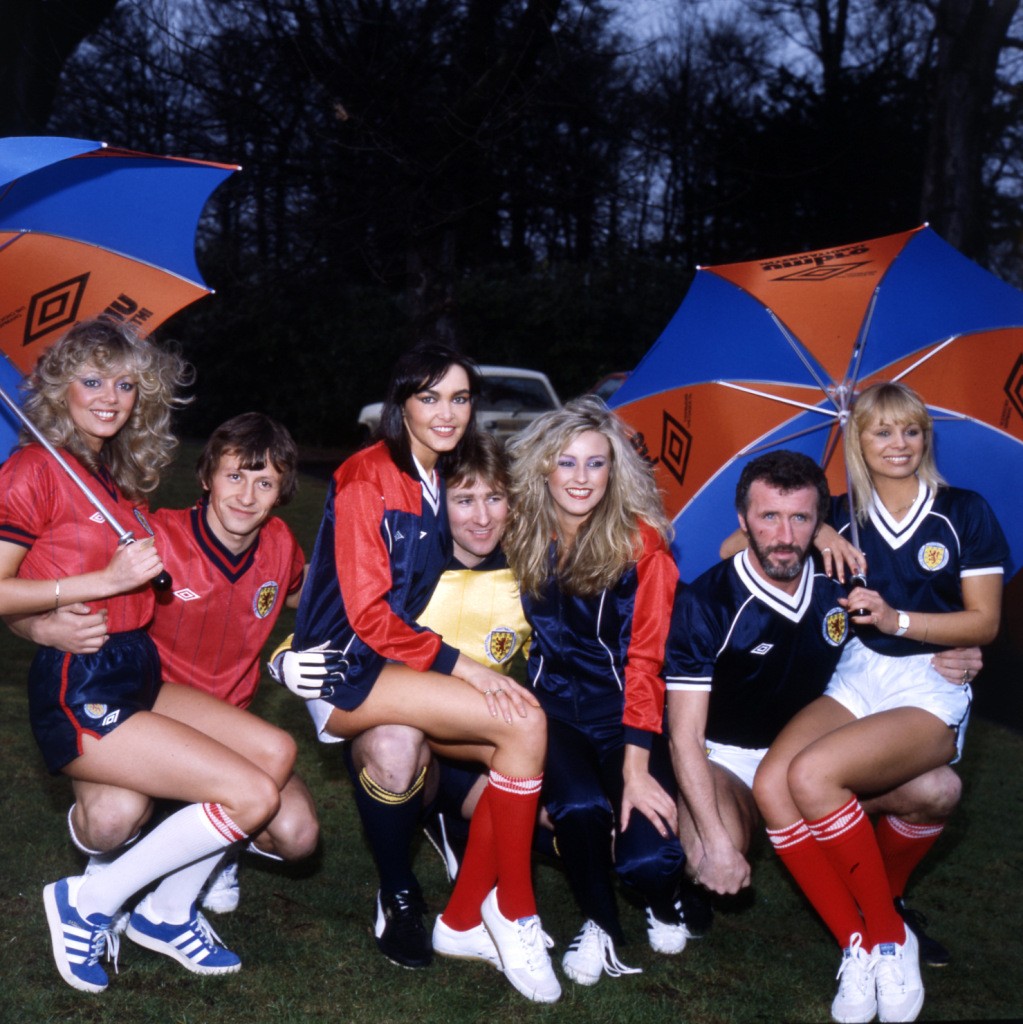 “Kenny and I and some of the young boys were still a bit in awe to ask them for advice. We just trained with them and wee Bertie, Jim Craig, Billy McNeill and Bobby Murdoch would talk to you about the family and everything else and you got to know them better. You watched them in training and what a great bunch of guys they were. I unknowingly picked up tips from Jim Craig and Tommy Gemmell.

“At that time I was a left-midfield player and then I grew into a full-back. I also watched Bobby Murdoch, Jimmy Johnstone, Bertie, all the guys and some of the stuff just stuck to me. It was so enjoyable. We never actually thought, ‘I’m going to make it,’ we were just happy to be here. There was a whole family atmosphere as soon as you walked in the door.

“I enjoyed playing with wee Jimmy when we used to train with the first team. I wasn’t a full-back at the time thankfully but you’d play against wee Jimmy and it was just a nightmare. I hated playing against him because he always roasted me. I’d be 17 or 18 at the time and I was stupid enough to try to kick him. Sometimes he was unlucky and I caught him but he just got up, rubbed your head and got on with it.

“Again that was teaching me not to be so stupid and tackle people of his ability. Bobby Lennox’s pace made me realise that I had to stand off him. I was learning these things without actually knowing it. After training and playing with these guys and listening to Billy McNeill ordering people about in training and talking to them, you start to take it all in. Looking back today I’m so appreciative of what these players did. They weren’t trying to teach us anything, they were just doing their natural thing and I learnt so much from them as did Kenny, Vic Davidson and Paul Wilson. 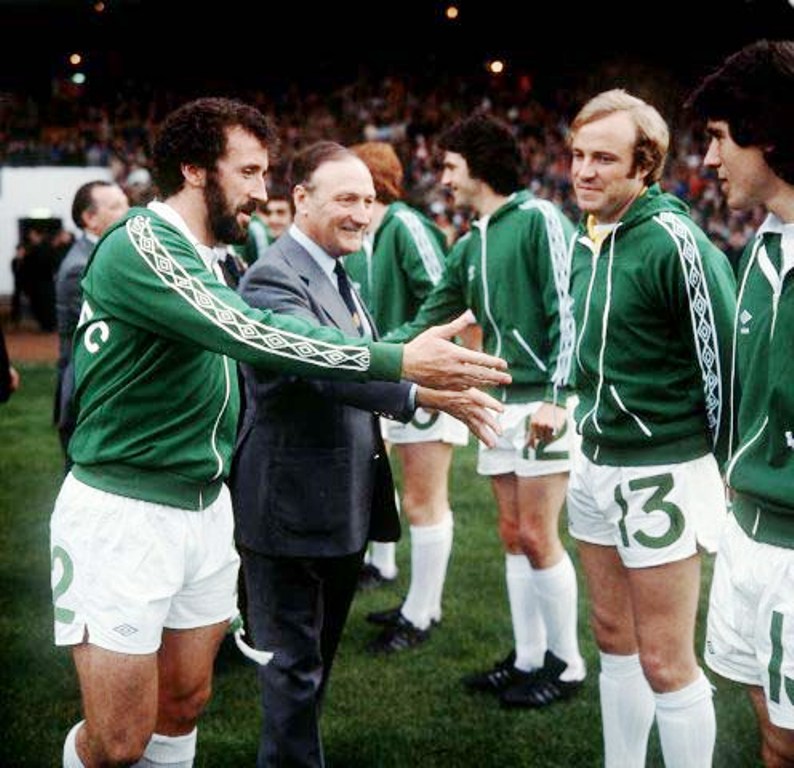 “I think the fact that I came through with Kenny and he got into the first team maybe a year before me and became established gave me some satisfaction. To know that Kenny was playing upfront and we had an understanding with each other maybe made me feel more comfortable. I think playing with Kenny over the years that he was here was terrific for me.”

A fractured skull, a long-term ankle injury and a diagnosis of diabetes would have cut short the careers of many lesser beings yet this outstanding footballer played in two World Cup finals and would have played in more had it not been for his injuries. His class as a player is undisputed and he also carried on these standards in the way he conducted himself off the field of play, particularly in adversity. Danny McGrain is respected by everyone who has ever met the man. He had a season in the red and white hoops of Hamilton but his heart will always belong to Paradise.

This article is in two parts. Read Part 1 HERE.

Written by Paul Dykes, author of The Quality Street Gang, which is currently available from CQN Bookstore for only £10. Paul talks about and to the QSG in the CQN Podcast, below, oh and cheers Danny! 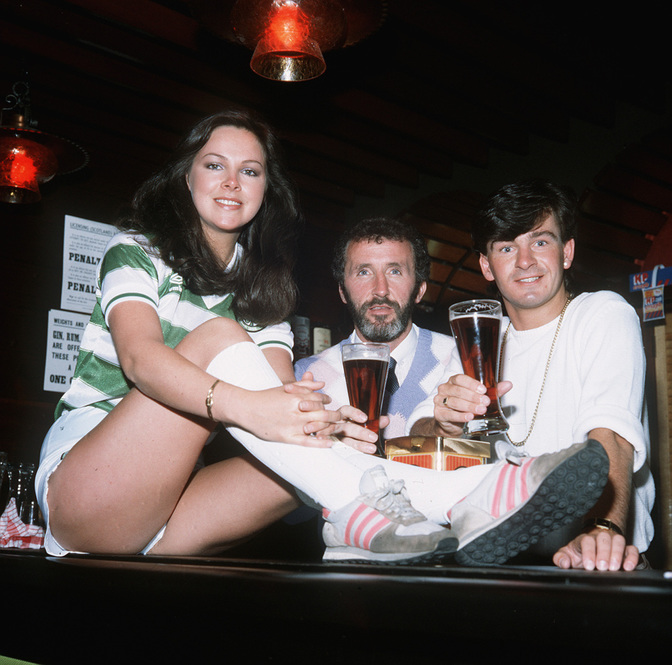