Celtic Quick News on News Now
You are at:Home»Lions & Legends»MEMORIES OF JINKY WITH JIM CRAIG
By CQN Magazine on 24th May 2017 Lions & Legends
LIFE was never dull when Jimmy Johnstone, voted by the fans as the Greatest-Ever Celtic player, was around.
Lisbon Lion team-mate Jim Craig recalled: “I still laugh at the memory of Jinky the morning after we had played Real Madrid at the Bernabeu Stadium in the Testimonial Match for Alfredo di Stefano.
“Jinky had arranged to go on holiday with his wife Agnes right after that game.
“Jinky could do no wrong that night and I well remember a Real Madrid defender, Grosso, I think, came racing out of defence in an effort to clatter the Wee Man. He had had enough of Jinky’s one-man show and he was going to sort him out. 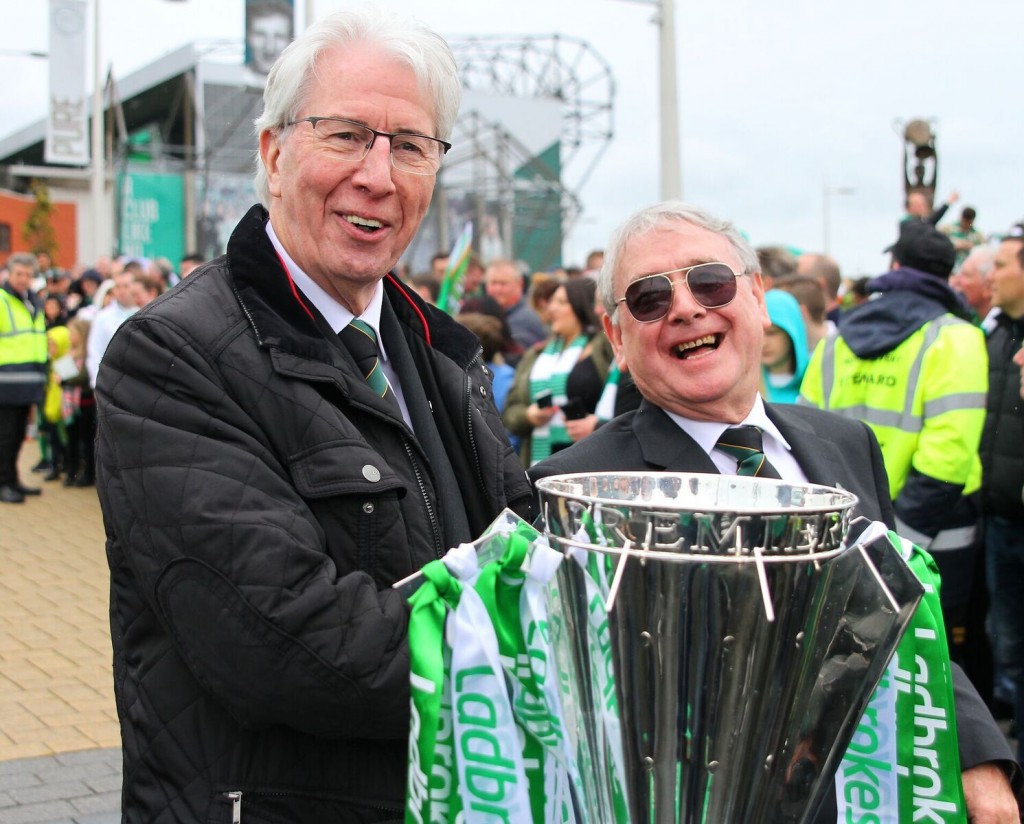 “Yes, he did wallop Jimmy, but if he thought that was the end of Jinky’s meanderings that night he was so wrong. I recall him trotting back into defence, thinking to himself: ‘That takes care of that.’
“His face was a picture, though, when he looked over his shoulder to see the Wee Man bouncing back to his feet to take the free-kick. I suppose he thought his opponent would fold under such treatment, but he didn’t know our Jimmy Johnstone.
“The following day, Wee Jinky was in good form as he prepared to go on holiday. I helped him down with the suitcases and he and Agnes jumped into the waiting taxi. I had assumed he was going to the airport, but I heard him say: ‘Benidorm, driver!’
“The taxi driver almost fainted. Possibly geography wasn’t one of Jinky’s strong points, but from Madrid to the holiday resort it was about 300 miles as the crow flies. Some hire!
“I also recall a time when we were invited to play in some charity match in Iceland. There were two planes at the airport for the journey – the big one was an eight-seater!
“The other was a six-seater. Now, we all know Jinky wasn’t a big fan of flying. Anyway, we headed for these diminutive aircraft and Jinky was sitting up front in the six-seater.
“He didn’t look too comfortable and it didn’t get any better when the door to the cabin opened and out stepped the pilot.
“Jinky looked up: ‘Are you the pilot?’ he almost shrieked .’Yes,’ came the reply. ‘Where’s the other pilot?’ There isn’t one.’
“Jinky looked aghast. ‘That’s all we bloody need. You’re the only pilot? What happens if you have a heart attack?’
“The pilot nonchalantly produced a booklet, handed it to Jinky and said: ‘There are the flying instructions – they’ll tell you all you need to know about flying a plane!’
“I’m sure I heard the wee man praying all the way home.” 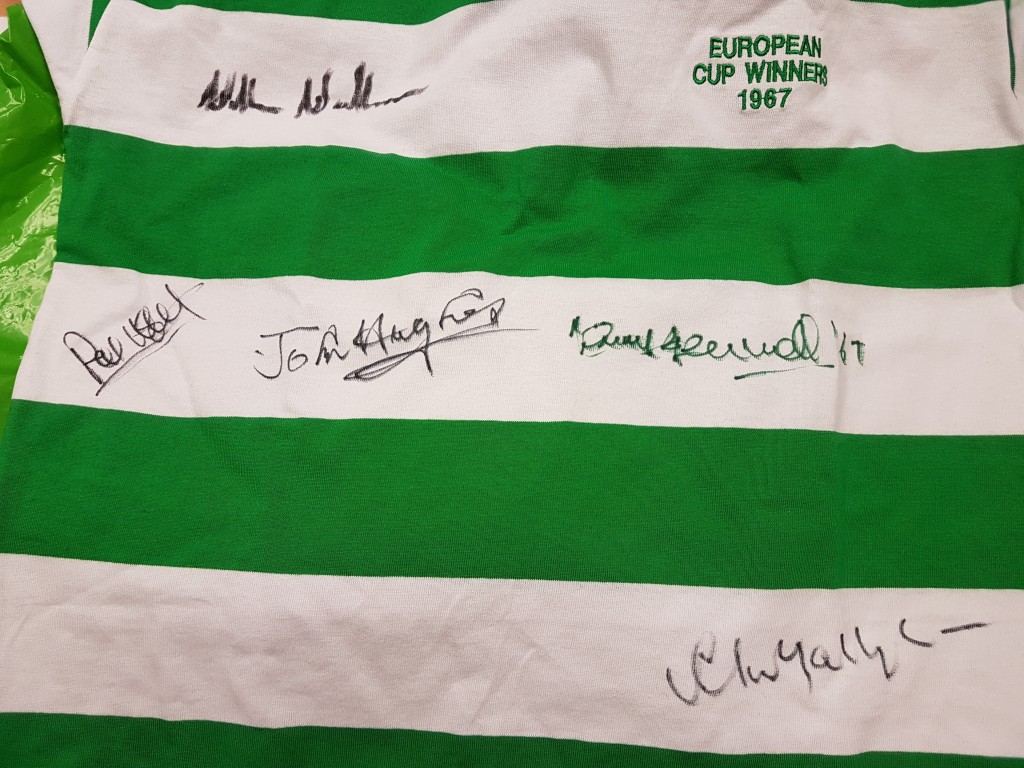 There’s still time to get your Lisbon Lions ‘Thank You’ Raffle Tickets from CQNBookstore.com – we will add your tickets to the hat and the winners will be drawn on Friday evening by Willie Wallace and Jim Craig at the CQN In The Heat of Lisbon party at the Greenock Celtic Supporters Club.
The raffle tickets are £2 each and you can buy as many as you like! The top prize is a Celtic top from Lisbon which was signed last year by Tommy Gemmell, all the other Lions will have signed it by the time it reaches the winner.
And Paul McStay signed it too!