LIONEL MESSI could face Celtic in the International Challenge Cup-tie in Dublin on Saturday.

The Barcelona superstar has cut short his summer break and is ready to join up with his team-mates in their London training camp.

Messi was due to be absent until the start of next month following his recent involvement at the Copa America Cup where he helped Argentina reach the final before losing 4-2 on penalties to Chile following a goalless draw in New Jersey. 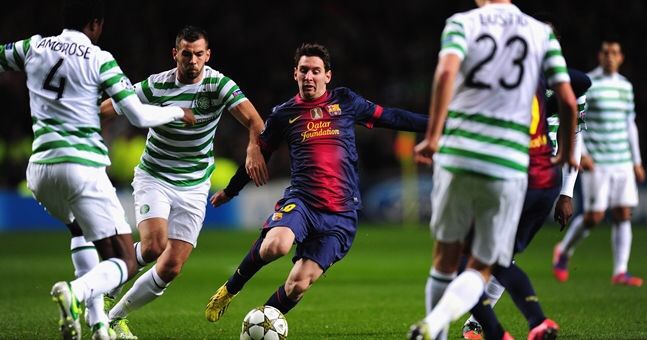 However, the 29-year-old striker, who announced his international retirement following a spot-kick miss during that loss, has decided to return early and has been named in Luis Enrique’s 25-man squad.

The Spanish champions will travel to England tomorrow and will spend five days training at the £105million St. George’s facility in Staffordshire before flying to Dublin on Saturday to face the Hoops at the Aviva Stadium.

As well as Messi, Barca confirmed the likes of Luis Suarez, Arda Turan and Aleix Vidal will be among 13 senior players at England’s National Football Centre.

However, Gerard Pique, Andres Iniesta, Ivan Rakitic and new signings Samuel Umtiti and Lucas Digne will be missing following their exertions during the Euro 2016 Finals in France.